COLORADO SPRINGS, Colo. – Declan Farmer (Tampa, Fla.) has been named the recipient of the Bob Johnson Award for the 2021-22 season it was announced today by USA Hockey. Presented by Nike and named for coaching legend Bob Johnson, the award recognizes excellence in international hockey competition for a specific season of play.

Farmer helped lead the U.S. National Sled Team to his third straight Paralympic gold medal at the 2022 Beijing Paralympics, pacing the tournament in points (18) and assists (11). Farmer was an alternate captain on a U.S. team that went 4-0-0-0 (W-OTW-OTL-L) in Beijing, capping off his stellar tournament performance with a two goal, one assist gold-medal game that included the game-winning goal in a 5-0 win over Canada.

Farmer added to his already historic resume with a record-setting performance in Beijing, setting single-tournament U.S. Paralympic records for points (18) and assists (11). He also broke the records for career points (40), goals (21), and assists (19) in the Paralympics by an American in 2022. 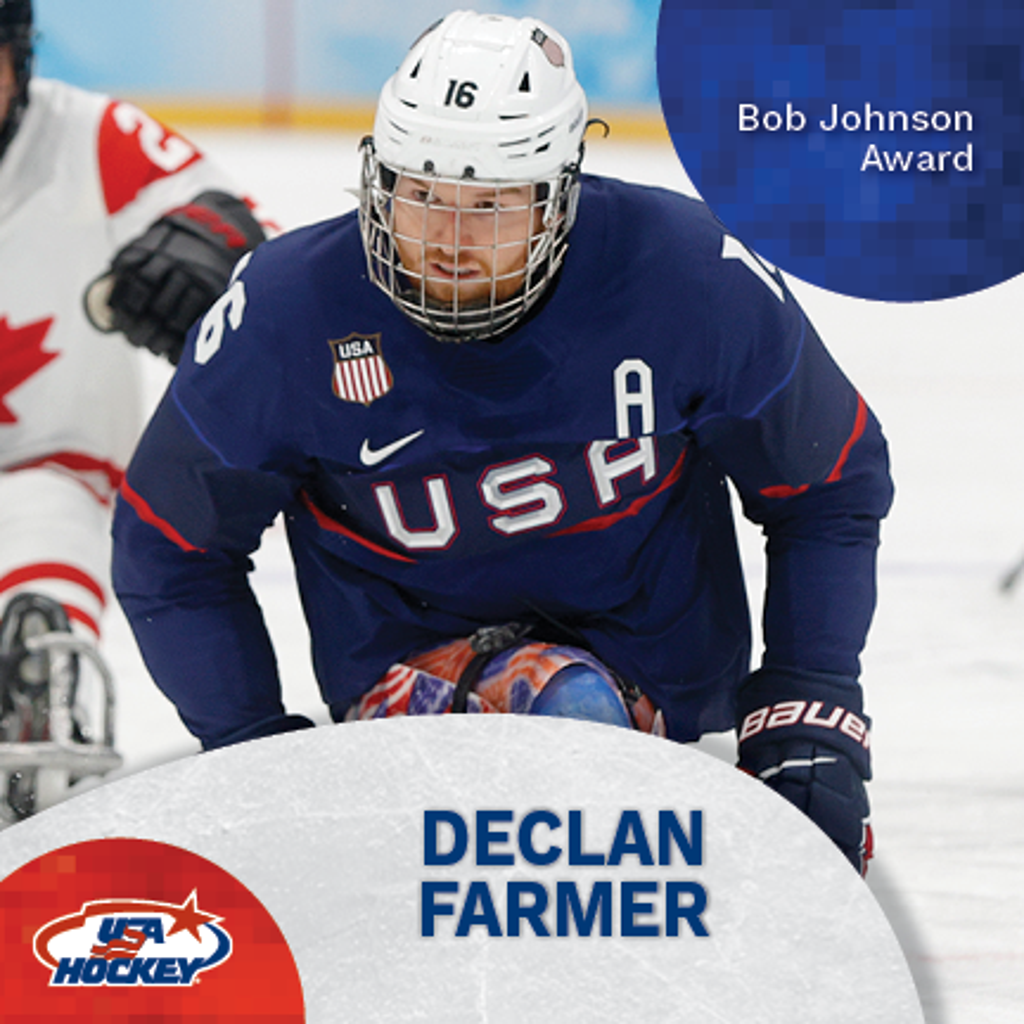