Jimmy Dawson loves the game of hockey and wants to see more people get a chance to play it.

Dawson wanted to establish a legacy for years to come, so he helped to create the USA Hockey Foundation’s Hockey Hispana Fund.

The fund was started by Dawson in 2021 to make the sport of hockey more inclusive for Latina hockey players. The USA Hockey Foundation helps facilitate the Hockey Hispana Fund, which provides grant awards to 8U and 10U girls hockey players who are registered with USA Hockey associations in Colorado.

“Hockey is the greatest sport on earth, but it can be pretty expensive, so I wanted to set aside a trust,” Dawson said. “It’s worth investing in and is a great cause.”

Dawson has also organized a planned gift of $500,000 so it will continue for many years to come.

“Jimmy’s love and passion for helping others and making hockey more inclusive in the Hispanic community is a huge display of his altruism,” said USA Hockey Foundation’s chief development officer Tamara Tranter. “We are so grateful he has entrusted us with bettering the sport now and in the future through his philanthropy.”

Dawson grew up near Chicago and played hockey as a child. He spent time in Texas before later moving his family and business to Pueblo, Colorado, in 2005. He rediscovered his love for hockey at a small rink in downtown Pueblo some 40 years after playing as a kid.

“It had been many years since I skated, but that same exhilarating feeling came back,” Dawson said.

Dawson still plays pick-up games at the small rink, which has since undergone renovations, including new boards, glass and locker rooms, among other upgrades. He also served as an assistant coach on his daughter’s 19U Colorado Springs team during the 2016-17 season.

“There’s a special spot in my heart for girls hockey,” Dawson said. “I love the camaraderie of the girls in the room. When the coaches would step outside, you could hear them having fun inside.” 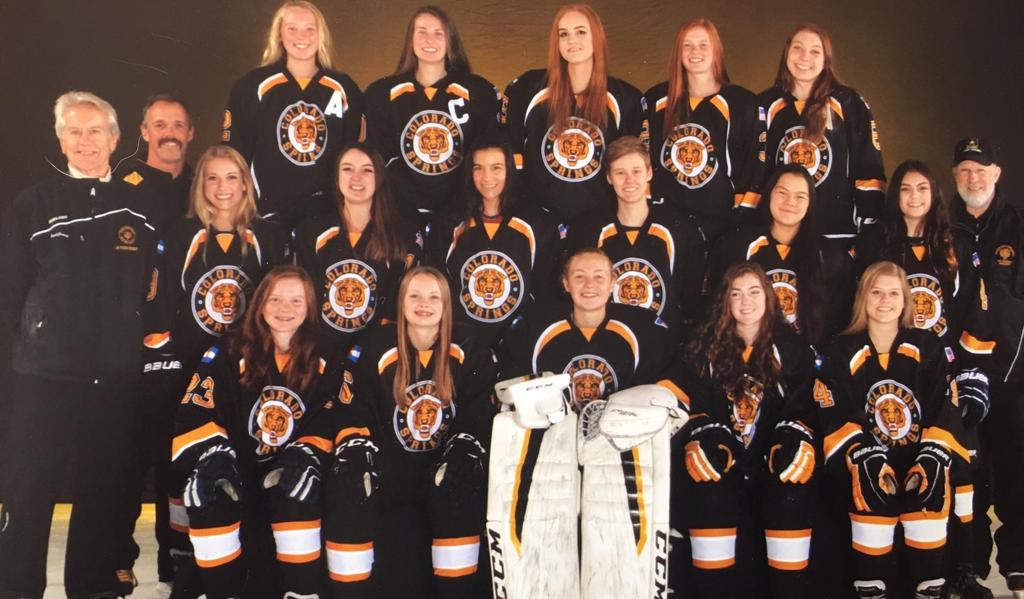 That team was a history-making group that still carries significance for Dawson, as the group won the Colorado state championship and also the regional title, defeating teams from Arizona, Utah, New Mexico and others. That earned Dawson’s group a trip to the national championships in Michigan that year.

Dawson says that part of his inspiration comes from coaching in Pueblo with former Chicago Blackhawks player Dave Feamster. He says Feamster's approach to coaching girls hockey was impactful and is one reason Dawson is so passionate about the sport.

Dawson now wants to pass that passionate love for the game onto other families.

Grant awards for the Hockey Hispana Fund will be used for individual player registration and membership fees, along with funds for hockey equipment. All grant awards will be paid directly to the hockey association and not to the individual receiving the grant award. Individuals applying for the grant must be USA Hockey registered and the deadline to apply each year is June 1. For questions, or if you would like to donate to the Hockey Hispana Fund, please contact Sheila May at 719-538-1107 or email sheilam@usahockey.org.

“Hockey is such a great sport and there’s nothing like it,” Dawson said. “The thrill of skating down the ice and being with your teammates and setting up plays. I want more kids to be able to enjoy that.”

275 sites hosted clinics across the U.S. for National Try Hockey For Free Day

Skating a Mile in an Official's Stripes

How USA Hockey is bridging the gap between coaches and officials.