Many times, a zone entry success or failure will actually be set up by what happens outside of the offensive zone. Harrington said that puck — or player — movement through the neutral zone gets the defending team on their heels.

“If the puck is moved through the neutral zone, it moves the defense before entering the zone,” Harrington said. “It’s important to have an inside-outside [pass] when the centers get the puck to the winger, or go outside-outside where it goes from one side of the ice all the way to the far wing.”

The Mavericks’ coach said getting the defense to move side to side opens things up for the offensive team.

“When the puck is moved, people react. Then you can attack that movement,” Harrington said. “If they just carry it, the D can angle things and it’s easier to defend.”

Coaching your players to possess the puck through the neutral zone and into the offensive zone helps develop those skills and awareness rather than making the safe play by dumping it in. They may turn the puck over, and that is OK. Encouraging young players to make plays and quick decisions will pay off in the long run.

As the puck carrier crosses the blue line, we want them to know where their teammates are on the ice — and where they’re going to be. Keeping your head on a swivel is a part of developing hockey sense. Surveying the ice helps the puck carrier read the play, anticipate pressure, identify passing lanes, and so on.

“If the defending team is playing the [puck carrier] tight at the blue line, it should be near lane support. They need support right there when entering the zone,” Harrington said. “If the defense is back and there is space, it’s important the other players see that and there is net drive. So we open up room for the extra person that is getting into the attack.”

Coaches need to beware of making rules, especially for younger players, like center lane always drives the net on an odd-man rush. This can lead to players not reading the play and reacting to what is open.

“They’ll put their head down and they’ll have no idea what the level of possession is with the puck on the wall,” Harrington said. “It’s having an awareness without the puck.”

Coaches should always be encouraging young players to keep their heads up and on a swivel, whether it’s retrieving pucks in the defensive zone, getting open, or stickhandling in the driveway. 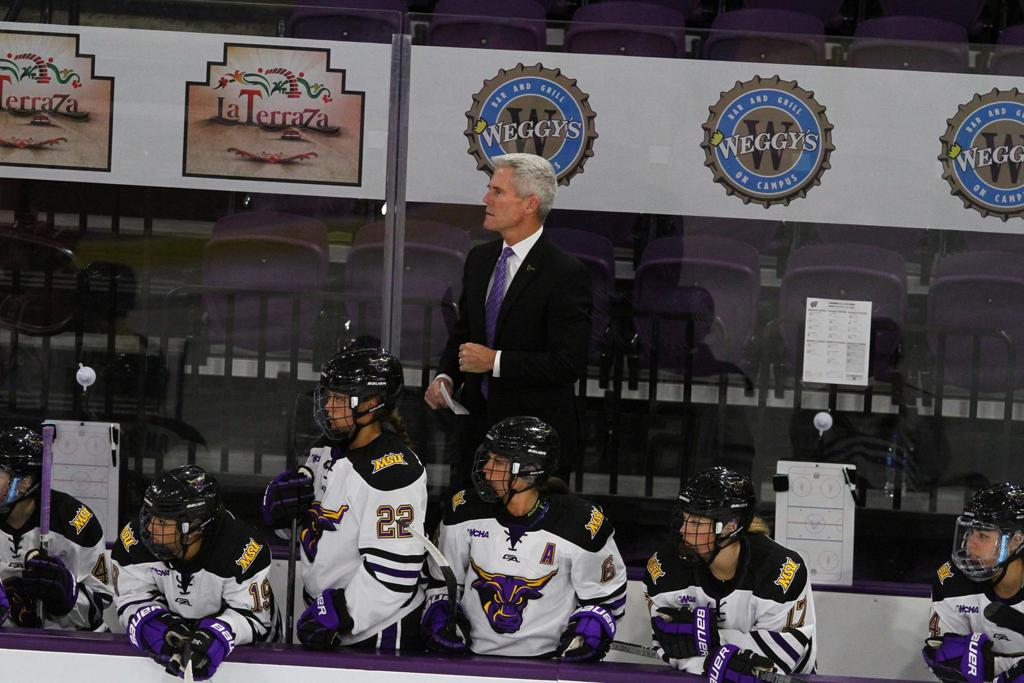 Attacking with speed can wreak havoc on defenders — something Harrington knows all about. The Miracle on Ice U.S Olympic gold medalist was known for having blinding speed.

“Speed can set up a play to happen deeper in the zone, and can lead to players coming in trailing the play late, because of its ability to push the defense back,” Harrington said.

But, players don’t need to be full speed to push the defense off balance. A change of speed can be just as effective. It can be a few quick strides after the blue line or, conversely, slowing down.

Sometimes the change of speed comes from a quick cut or curl back.

“Moving laterally or curling back and all of a sudden, the defense has backed off and you have teammates joining late.”

Developing skating skills at each age group is critical to players’ ability to create time and space, evade pressure, and create opportunities. Small-area games are a gold mine in that regard, staging an environment where players have to skate and make plays in tight spaces. 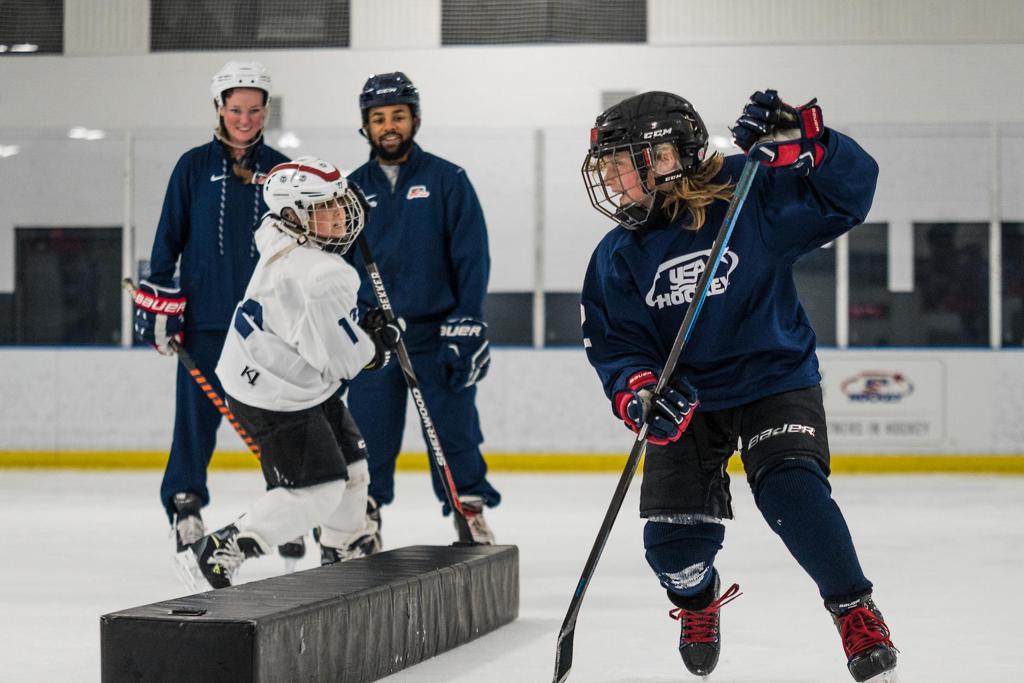 Stay in the Play

Often times in youth hockey, defensemen get into the mindset that they are defense only. However, Harrington said that young blue liners should be encouraged to join the rush.

“They hear the word defenseman and then think my job is defense,” he said. “But you’re also somebody who can be on the offense going the other way too.”

Harrington urges his team’s defensemen to stay in the game. An example relatable for youth players, if mom or dad are taking cell phone video from the stands, the puck carrying team’s defense should stay in the frame when there is a rush up the ice.

This effort is twofold: Not only are blueliners becoming an option offensively, but they are in better position in case of a turnover.

“We do it just so it helps establish a defensive gap the other way,” Harrington said. “Sometimes we watch and the puck turns over and our D are at our blue line because they never got up with the game. So now there’s a big gap coming the other way.”

Harrington said coaches should be giving all players an opportunity to be on the offensive side of the play, regardless of their position in a game. So if coaches are working on odd-man rushes, be sure to give the blue liners ample opportunities to be attackers too.

In the modern game of hockey, the team that has possession of the puck is on offense, and the team that doesn’t is trying to get it back. That should be the mindset of today’s players.

“You can lead the rush or join the rush,” Harrington said of defenders. “Get in that mindset to join the offense.”