The Dousman, Wisconsin, native has given grants to organizations in her home state, but programs across the country can now apply

Brianna Decker has become one of the biggest stars in American hockey. Before she was helping her country bring home medals from the Winter Olympics, she grew up playing hockey in Wisconsin.

She’s now making sure that more girls have the opportunity to follow her path through the Brianna Decker Endowment for Girls Hockey.

The endowment, created in 2018 through the USA Hockey Foundation, was awarded in 2021 to La Crosse, Wisconsin-based River City Youth Hockey and the Spooner Area Youth Hockey Association, located in Spooner, Wisconsin.

Ellie Meyer, the girls program coordinator with River City Youth Hockey, said that the organization was excited for the opportunity to even apply, much less be awarded the grant.

“I think probably the biggest thing it did for our association was just the attention it put on girls hockey in our area,” Meyer said. “We put out a press release, shared it on our social media pages and it kind of blew up from there. We were getting media at practice, the girls were being interviewed and we were on the news. There was a whole lot of pride that the team carried with getting that attention.”

Carrie Romsos, Spooner Area Youth Hockey Association president, said that the organization was able to expand thanks to the endowment. 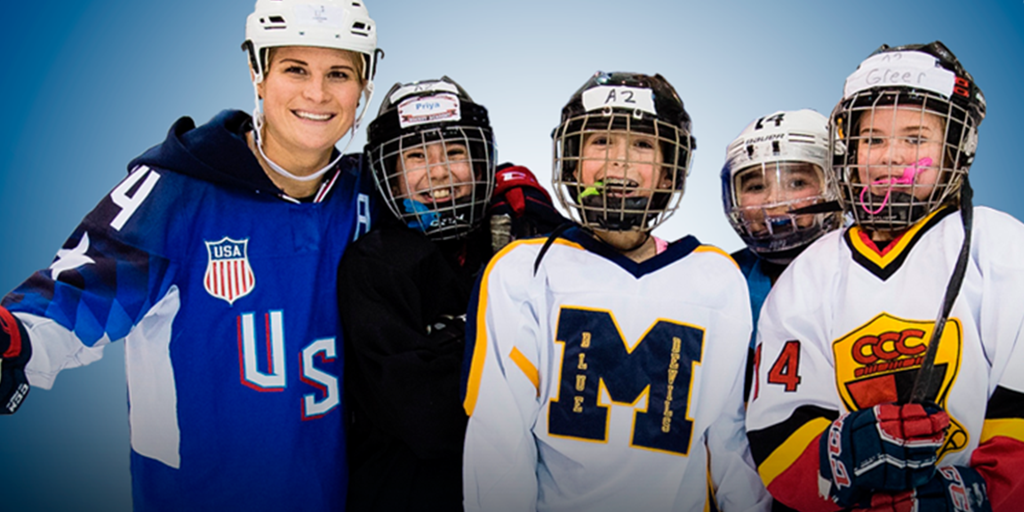 Decker, a standout forward with the U.S. Women’s National Team for the past decade, helped lead the U.S. to an Olympic gold medal in 2018. The three-time Olympian from Dousman, Wisconsin, created the first fund ever established within the USA Hockey Foundation by a national team member.

The endowment started as a way to provide opportunities for girls hockey programs within the Wisconsin Amateur Hockey Association, but now applications are open nationwide for 8U and 10U girls hockey organizations.

Both 2021 recipients received a $2,500 grant award from the endowment.

“We did not even know what the monetary amount was until the check came in the mail,” Romsos said.

Meyer welcomed a nearby organization for a scrimmage and a pizza party gathering afterwards where they discussed the future of girls hockey. The organization also hosted a tournament for local programs and even had the opportunity to carry over some of the funds to next season.

The highlight for both organizations was a video call with Decker.

“She told the girls to look around,” Meyer said. “She said, ‘I’m playing on the U.S. Olympic Women’s Hockey Team with three girls that I played 10U hockey with.’

“It was a big push for these girls to say that it’s possible, we met one of the girls on the team, she’s real, she’s from our state and this could be us.”

Romsos and her players also enjoyed a memorable experience with Decker.

“Brianna was so genuine and even showed us her Olympic gold medal,” Romsos said. “She answered many questions and gave advice. It’s something the girls will remember for a long time.”