“I didn’t realize there was a barrier as a kid,” said Granato, a native of Downers Grove, Illinois, where she grew up rooting for the Chicago Blackhawks. “I definitely dreamed about playing for the Blackhawks and I think I had aspirations to do things that weren’t typically for female roles. With all of the change in women’s sports, there was talk, but I didn’t think it would happen this quickly and even if an opportunity would come my way. Obviously, I’m very excited.”

“It’s really cool to see women getting traditional jobs that were male-only jobs before,” Granato said. “It’s great to see that organizations are understanding the benefit of opening jobs to a bigger talent pool because you’re including more people who have knowledge of the hockey world. If you keep hiring like-minded people, there’s no growth. It’s not just about being a woman. It’s about different people and diversifying your organization, which is going to lead to success. It’s deserved and I think you’ll see more of it.”

Granato joins the Canucks from the Seattle Kraken, where she was the first female scout in NHL history.

Granato grew up in a hockey family with four brothers and a sister. Don and Tony Granato have NHL coaching experience, while Rob Granato played Division I hockey and Cammi is married to former NHL star Ray Ferraro.

Cammi, who is also an inductee to the International Ice Hockey Hall of Fame, was the U.S. Women’s National Team’s all-time leading scorer with 343 points in 205 games during a 15-year playing career. Granato also played a key role in the growth of women’s hockey when she led Team USA to a gold medal during the 1998 Olympic Winter Games in Nagano, Japan, where women’s hockey made its Olympic debut.

Granato is overseeing the player development department in addition to the amateur and pro scouting departments in Vancouver. Granato also has input within all areas of the Canucks’ daily hockey operations, including the upcoming trade deadline later this month.

“We want to install a winning mentality, but with character people,” Granato said. “I think that’s what drew me to the job, was the fact that the people involved in upper management have real good vision, good hockey sense, and great hockey minds, but it’s also about bringing our strengths together. We have a diverse group of people and we’re able to draw on their experiences and use those in different ways.” 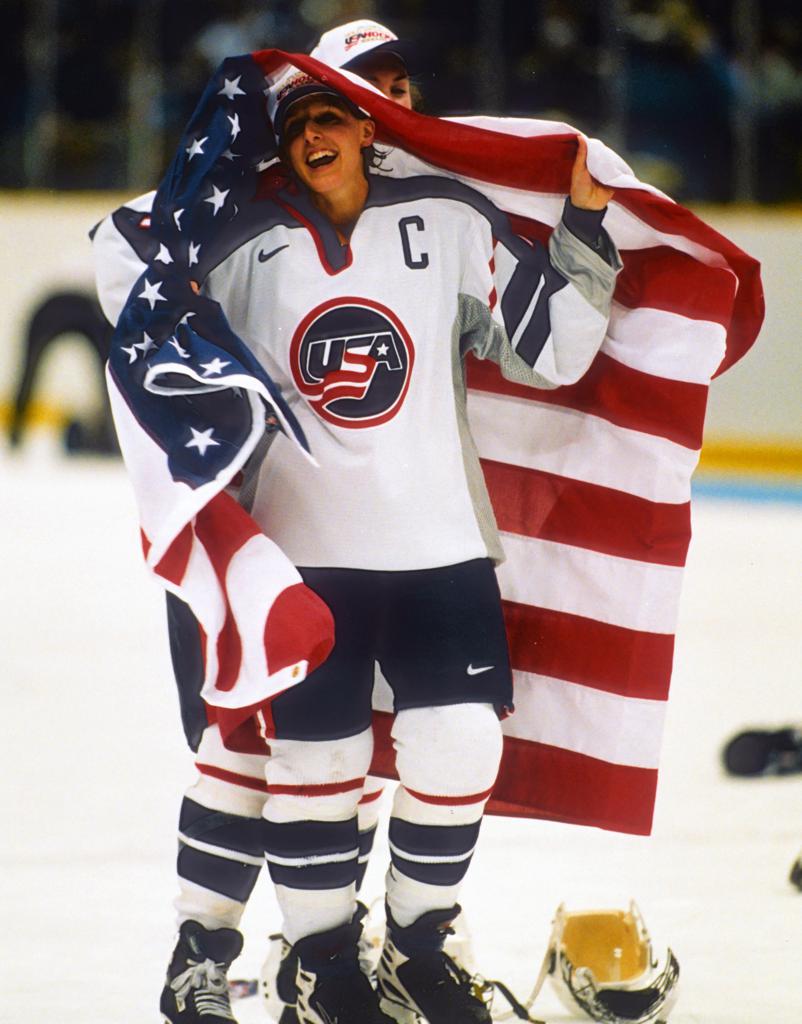 After her playing career, Granato focused on her role as a parent with Ferraro and their sons. She took the Seattle scouting job in part because of the proximity to their home in Vancouver. Now Granato is even closer to home with her new role.

“It simplifies things logistically for the family, not having to uproot everyone for the sake of my job,” Granato said. “That’s a really nice bonus. I had the opportunity to know the city, know the team, know the market and know the fans. From that standpoint, I have an awareness as to how things operate in the city and how the team has been historically. It feels familiar and that has been nice.”

“It was great to learn the inner workings of what goes on and how much needs to happen to put a team on the ice prior to starting,” Granato said. “I thought the hires they made were so out of the box and everything they had in mind with diversity and inclusion, I feel like they really set a standard for how a workplace is founded. That blew me away from the beginning. There were at least 25 to 30 people I knew well, that I’m really going to miss, and it says a lot for the organization when you’re entrenched with that many people.”

"It's a really big day to have two women in management on one team. Just goes to show Jim's (Rutherford) vision to diversify different voices, different experiences and draw them together."