The association had a few hundred people enter a drawing, and the two winners were announced about a month and a half prior to the tournament. AAHA President and USA Hockey Board Member Glenn Hefferan helped facilitate sending the teams to the event.

On a whim, John Flynn entered the contest. The next week, he received a random call.

Not thinking he had much of a shot of being chosen, Flynn had yet to assemble a team. But since USA Hockey’s pond tournament limits teams to just seven players, Flynn quickly rounded up six more guys for the all-expenses-paid trip. The Bandits out of Twin Ponds in Harrisburg, Pennsylvania, were born.

When Flynn saw the aerial photos of the tournament on Dollar Lake, he was hooked.

“I’m like, ‘Man, this is a bucket list thing,’” he said. “I just put our name in not even knowing who would go. 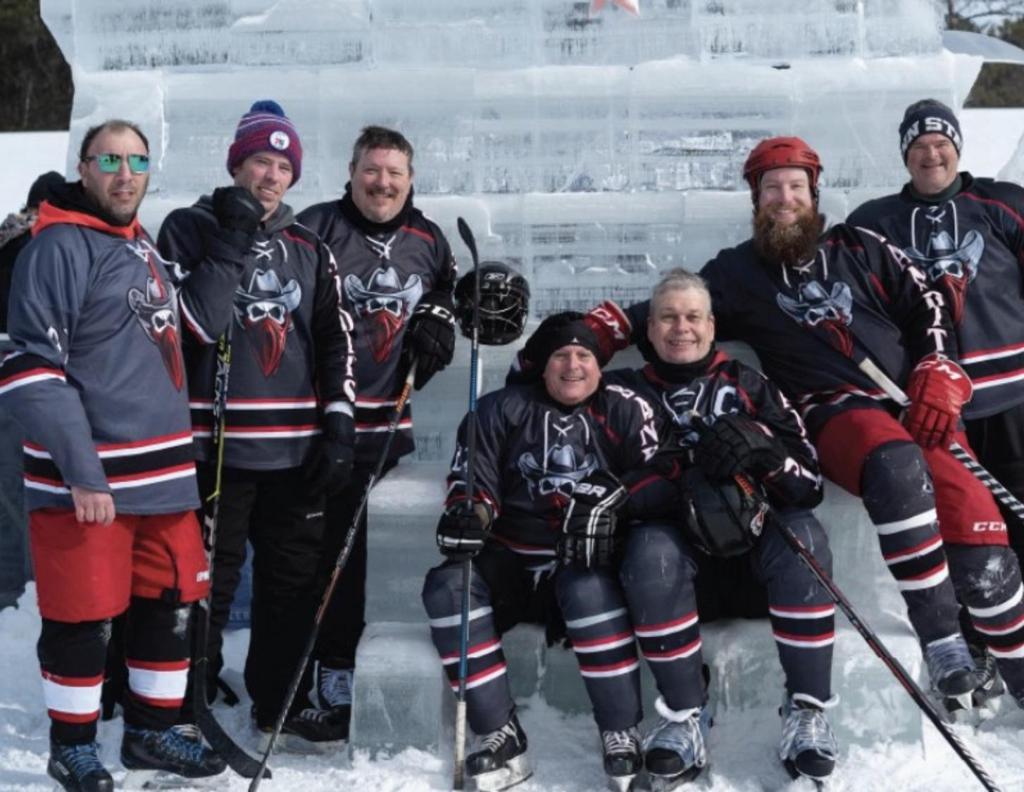 David De Vito also received a call with the good news. He and his team, Chico’s Bail Bonds — out of Hackensack, New Jersey, coincidentally — were headed to Eagle River as well.

“We’ve been talking about a tournament for a good five to six years, so that’s why I entered it,” De Vito said. “We never even imagined coming out here to Wisconsin — thinking something more local like Lake Placid. But obviously I couldn’t pass up the opportunity, this is fantastic.”

When De Vito found out, he got 15 players together, thinking that’s how many guys would have to fill the roster. Only seven players were needed; however, the AAHA approved to send two Chico’s Bail Bonds teams to the event. 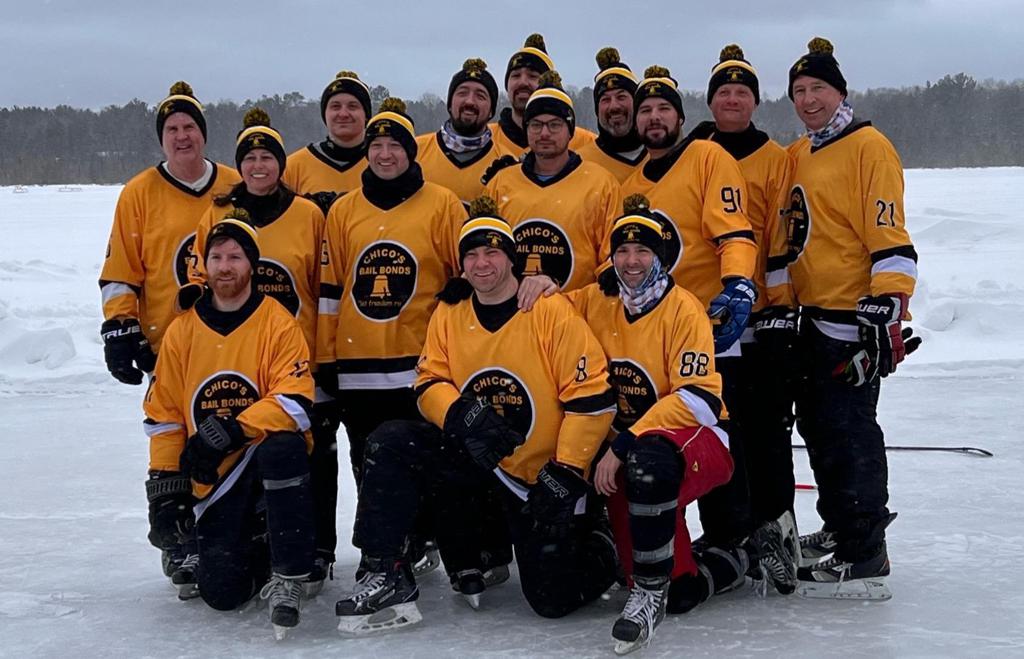 With neither the Bandits nor Chico’s Bail Bonds having played in the tournament before, it was a learning experience for both.

“We just keep pinching ourselves, like, I can’t believe this is happening,” De Vito said.

Since they were late entries, the Bandits — which had five players in their 50s — were placed in the Intermediate 30+ Division, where they went 0-3. Both Chico’s teams played in the Bronze 30+ Division with one of the squads going 3-1, losing in the playoffs, and the other squad going 1-2.

“We just thought we were going to get smoked,” said De Vito, who played on the Chico’s team that lost just one game. “We came out here, won the first three games and qualified for the postseason.”

The players from all three teams had a great time, and all agreed the atmosphere on Dollar Lake was tremendous.

“Most of us grew up skating on ponds or creeks, but there were a couple that were never on natural ice,” Flynn said. “That was an experience, I tell you. But just to see all the work that goes into shoveling all the rinks, that was just amazing.”

“The fact that we’re out here with this kind of scenery and all that. We were a little worried about the cold — one guy’s local, he’s from Wisconsin — but we didn’t know what to expect, so we brought layers upon layers.” De Vito said. “To me this is great. I’m not overly freezing. We’ve managed to make it through the games without really complaining too much about the weather. It’s been way better than we even hoped it would be.”

While in Eagle River, the Chico’s players stayed in a rented 14-bed cabin in the woods. The guys loved it.

“We’re really getting to know each other pretty well out there,” De Vito said.

Attending their first pond hockey event marked the start of a new tradition for the guys from Chico’s Bail Bonds. However, their next tournament might be one closer to home in New Jersey or New York.

“I can only hope we’ll be back here again some year, I don’t know,” De Vito said. “It’s been a fantastic experience.”

Flynn is already looking ahead to next February to possibly send a team back to Wisconsin’s Northwoods.

“There’s going to be conversation,” Flynn said. “We’d like to go up and see how we do in an older division and see what happens.”

Here are some scenes from the pond featuring @TwinPondsSports' Bandits, Ice House's Chico's Bail Bonds, and the @NJWarriorsHC.#USAHPond pic.twitter.com/ikNoOax8gM