After serving and representing her country, Stockwell’s main focus now is her two children.

When Melissa Stockwell woke up in a Baghdad, Iraq, hospital on April 13, 2004, the first thing she noticed was that her left leg was missing.

One month after being deployed to Iraq as a Second Lieutenant in the U.S. Army’s transportation corps, Stockwell’s vehicle was struck by a roadside bomb. She became the first female American soldier to lose a limb in active combat. Fortunately, everyone in the vehicle survived the attack.

“I was the only one injured, which is how I prefer to have it,” said the 42-year-old Stockwell, a native of Grand Haven, Michigan.

Now, Stockwell is a Paralympic medalist, business owner and hockey mom living in Colorado Springs, Colorado. It’s been quite the journey to get there 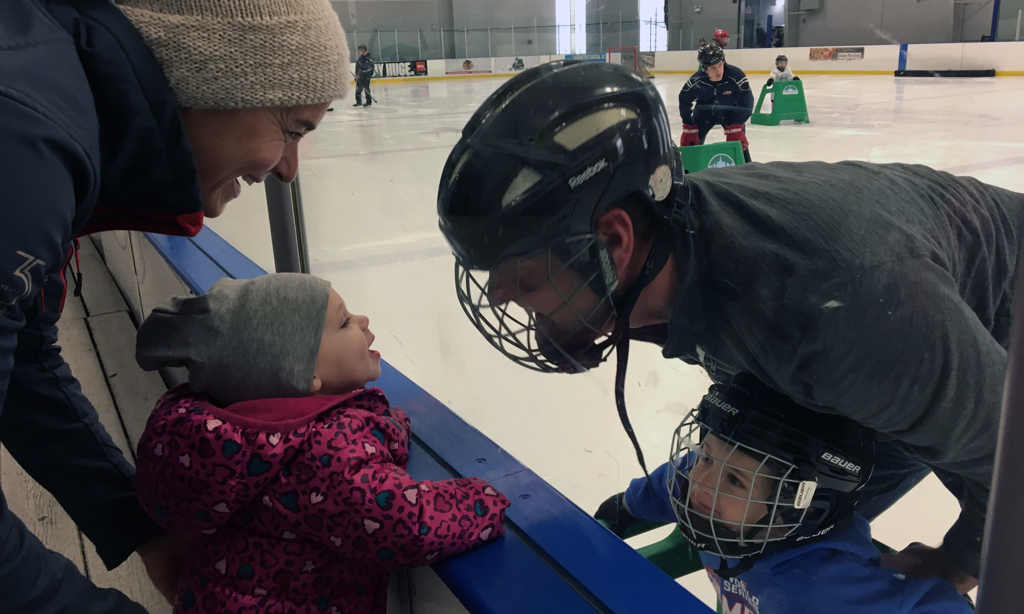 After coming home and spending time at Walter Reed National Military Medical Center, Stockwell realized she was more fortunate than other wounded veterans. She had three good limbs, her eyesight, a mind that still worked — and she was alive. That’s when she made a promise to dedicate the rest of her life to those who didn’t make it back.

“I have off days and moments,” Stockwell said. “I think we all have them. I feel like I’m able to put things in perspective when I stop and think about it, just knowing I am very lucky. I hope the life I live honors those that no longer are.” 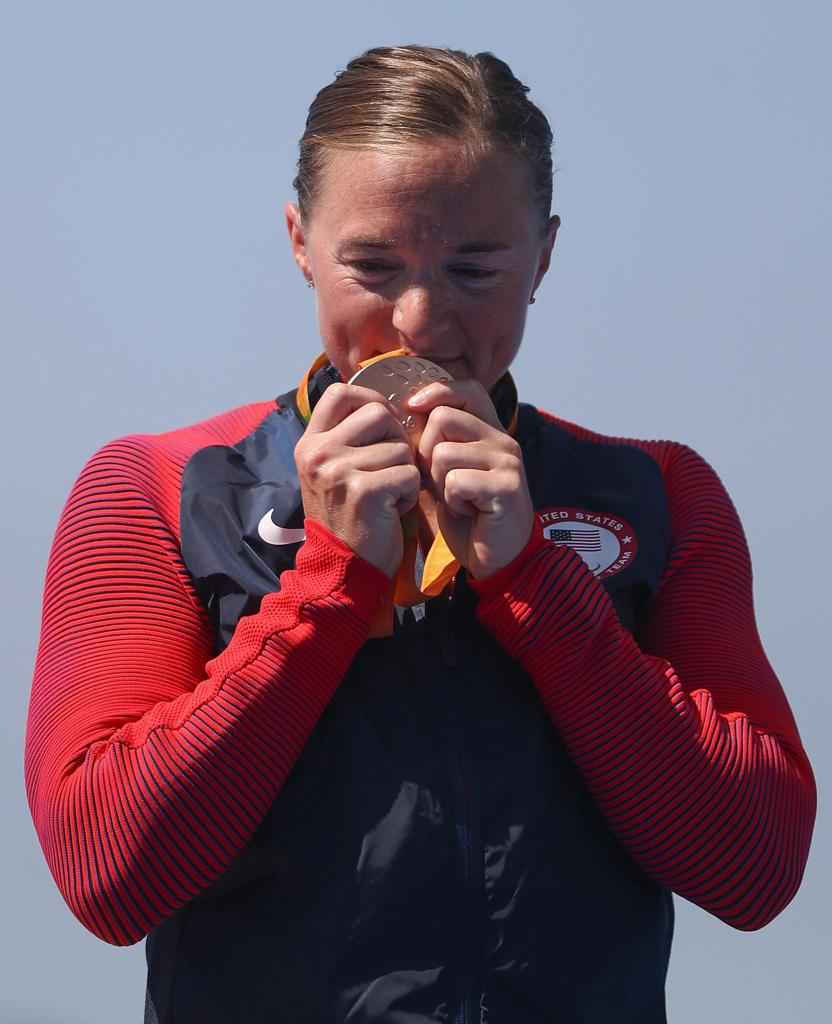 “I represented the country I love,” Stockwell said. “I proved to myself and anyone else who wants to look on that it doesn’t matter if I have one leg or two. I can still get out there and dream big and do what I want to do.”

Growing up in Michigan, Stockwell attended several high school hockey games. But she didn’t become directly involved with the sport until she met her husband.

Brian Tolsma also grew up in Michigan. He played multiple sports as a kid, including pond hockey with friends in his backyard. It wasn’t until his sophomore year in high school that he began playing organized hockey.

“That quickly became my favorite sport, and I started to focus on that,” said Tolsma, who is able-bodied. “As an adult, I continued my men’s league hockey career, and I’m still active.”

The couple run their own company making prosthetics. They met and married while living in Chicago, where their son Dallas and daughter Millie were born. The family relocated to Colorado Springs in 2019.

While in Chicago, Brian built a 20x20 ice rink in the backyard. Dallas was about three when he began practicing hockey with his father. He participated in Learn to Skate and Learn to Play programs and is currently a member of the Pike’s Peak Catamounts 8U team. Brian is the coach, something he had dreamed about doing for a long time.

To Melissa, hockey is a valuable life lesson that will benefit her son in many ways. When Dallas asks how he can get to the next level, she is quick to point out the importance of dedication and hard work. It’s especially gratifying to see him be successful on the ice.

“He gets a hat trick, and he’s so excited and proud of himself,” she said. “We’re proud of him. I think sports is so important in anyone’s life, but especially a kid’s life. Hockey being a team sport, I love that aspect of it.”

Raising two children, running a company and being involved in sports makes for a busy family life. But hockey has become the common thread that allows them to all be in the same place, even if each has a different role to play.

“When I’m up in the stands, if (Dallas) gets a goal, the first thing he does is look up and try to find me in the stands,” Stockwell said. “As a mom, that’s all you really want.”

Even with everything that she has accomplished, Stockwell believes there is no greater feeling than seeing her child thrive through hockey.

“I’ve been fortunate to have great things happen in my own life because I have worked hard and trained hard,” Stockwell said. “Being a parent is the best and hardest job in the world. All I want in my life now that I am a mother is to have my children succeed, to be happy and to be good people. To see them accomplish something that they work hard for … that beats anything I would do on my own.”