Chi-Yin Tse Works Tirelessly to Grow the Game of Hockey

Tse is at the Oakland Ice Center nearly seven days a week encouraging kids to give hockey a shot.

As a kid growing up in the 1990s, Chi-Yin Tse was all about baseball. Then the Major League Baseball players went on strike in 1994. Around the same time, Chi was cut from the baseball team at his middle school in Livingston, New Jersey. He only needed two strikes to be out.

At 14 years old, he gave up on baseball and turned into a hockey player.

“That was pretty much it,” Tse said. “Haven’t stopped playing since.”

Taking up hockey as an adolescent wasn’t easy. It took Tse about a year to learn how to skate. He was on his inline skates daily before switching over to ice hockey a few months later.

“I think a lot of people were like, ‘What are you doing? You don’t know how to skate. There’s no Asian people that play hockey,’” said Tse, who’s mom was originally from Taiwan and his dad from Hong Kong.

Tse continued playing the sport he loved, despite the racially charged stereotypes and comments. He was an all-conference first team selection by coaches in New Jersey for his play in high school before moving on to play club roller hockey at Northeastern University, helping his teams to two league championships.

Hockey turned into much more than an activity for Tse. He’s continued to be around the sport, wearing multiple hats in Northern California to help grow and garner interest in the game.

He’s a hockey director at Oakland Ice Center, hockey coordinator for the San Jose Jr. Sharks girls’ program, president and youth hockey coach of the Oakland Bears and hockey manager for Sharks Ice at Oakland Ice Center. Tse is also on the board of directors for the California Amateur Hockey Association, is on the board for the Carnegie Initiative, and is part of the Coaching Education Program and is a mentor/coach developer within USA Hockey. 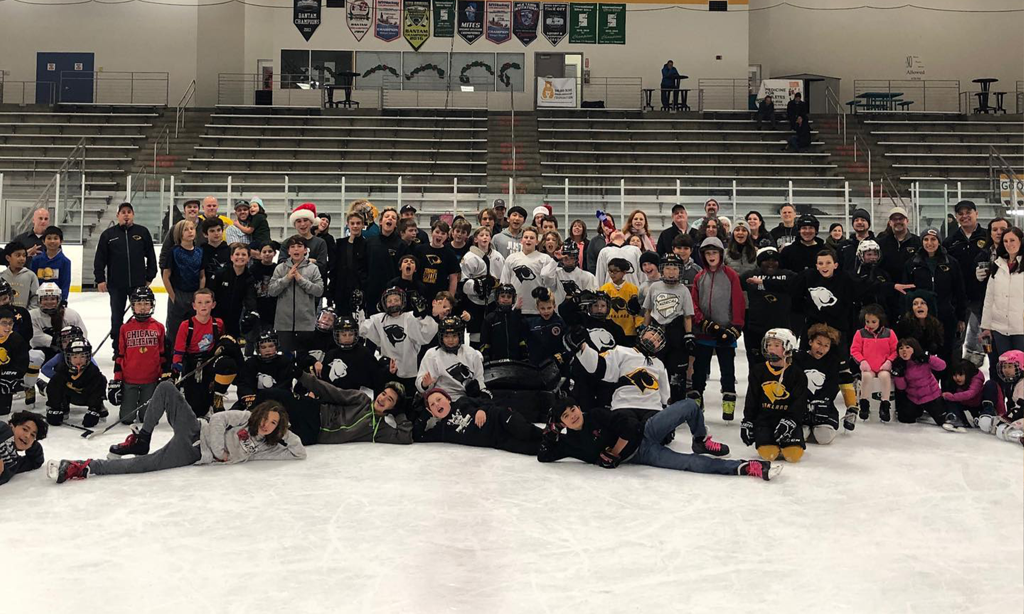 “The biggest thing is I develop the youth programming in Oakland for our hockey players,” Tse said. “We start them off within our skating program and then we bring them over into our 6U to 8U programming. And then we’re trying to grow an in-house base.”

Most of the players he works with are considered travel players in California. Tse is in the process of trying to transition the program “to really grasp high school hockey as the next step after youth programming,” Tse said. He also runs a street-hockey program in Chinatown every Tuesday, in hopes of introducing more kids to the game in a similar fashion that he fell in love with in New Jersey.

“We’re building the curriculum out for that and hopefully we’ll be able to present to Oakland Parks and Rec within this year,” Tse said.

He’s been in the area since 2015. Tse was originally a volunteer coach, but when the previous manager left unexpectedly, he took over that role. Tse said he’s trying to continue and grow the program.

“Traditionally, our goal is just to widen the base to get more kids involved,” Tse said.

So how does he go about this outreach, getting more kids to try hockey?

Any time a kid comes into the rink, Tse talks with them and their parents, asking why they’re at the rink. Many times, skating is the reply, and Tse encourages them to play hockey. He tried the pitch on Alysa Liu, trying to convince her to play hockey for years. Instead, she skated for Team USA at the Olympic Winter Games in Beijing.

For Tse, there’s no typical workday. He’s usually at the rink or on the ice daily. He spends Mondays tackling paperwork and website maintenance in the office during the day, then it’s time to lace up the skates for practice in the evenings from about 5 to 9:30 p.m. with all the Oakland teams.

Tuesdays, Tse is in meetings and then heads to Chinatown in the afternoon.

It’s San Jose on Wednesdays for meetings and then ice time from about 5:30 to 9:30 p.m. There’s more meetings and office work before time on the ice on Thursdays, and Tse will even officiate some of the adult-league games as needed, too.

Fridays, there’s a sled hockey program at the rink. Saturdays and Sundays focus on travel hockey and in-house programming. Tse estimates that he spends about 10 hours a day working, sometimes more. He likes teaching, so he really enjoys whenever he’s on the ice practicing with the youth players.

“Practice is probably my favorite,” Tse said. “Just getting out on the ice and just messing around with some of the kids. That’s my favorite part of the day.”

When it comes to growing the game of hockey, Tse is certainly a prime example of someone who’s doing everything he can to expand the sport and get more people involved. Tse said he doesn’t see a lot of people doing the same; instead, they “throw money at it and say they do it.”

“’Oh, you know, we did one day in this community,’” Tse said. “And it’s like, great, but you have to be consistent. It can’t just be that one day. It’s got to be every week. And I think that’s where people fall short.”

Tse’s own experiences growing up learning the game and facing some of the stereotypical rhetoric certainly factor into the work he’s doing now. He said he never wants to see a kid put down for their looks, and he wants to be there to put a stick in their hand or set them up with whatever they need to play hockey.