Clarke was appointed to district coach-in-chief in March 2020

Cosmo Clarke’s jurisdiction features deserts, where arid air is reliable until it gives way to momentary but mighty rainfall.

So of course his tenure as USA Hockey’s Rocky Mountain District coach-in-chief began with a departure from normalcy that needs no introduction. After months of preparation, he assumed the position in March 2020, the month Zoom indefinitely replaced Zamboni as the most uttered Z-word around his sport.

The once cut-and-dry game plan for fostering coaches from Texas to Idaho needed a split-second overhaul. Hundreds of live clinics yielded to video and phone conferences, no small adaptation for Clarke and his counterparts.

“A lot of our instructors enjoy the face-to-face interaction,” he said. “That’s our sport.”

The abrupt adjustment was one thing for, say, Jack Witt, whose reign as the Michigan District coach-in-chief surpassed the 20-year mark two months before the pandemic. It was another for someone still studying the job’s intricacies.

“He’s coming in brand new, he’s had to learn on the fly, he’s had to step up to the plate and his learning curve has probably been steeper than others,” Mark Tabrum, USA Hockey’s coaching education program director, said of Clarke.

But, Tabrum added, “Everything from the administration side to making sure his staff is ready to go to actually hosting clinics, he’s meeting the challenge.”

“It was a little bit rough trying to figure out what the job all entailed,” Clarke allowed. “A lot of research and talking to other C-I-Cs.”

Absorbing that national menu of wisdom proved to be one of the boons of pandemic life. In normal times, Clarke said, the dozen district coaching executives would convene in person “less than a handful of times a year.” Soon after he joined their ranks, they were averaging weekly Zoom meetings, looking at and listening to each other almost the way they most prefer.

The sum of those sessions was the first can’t-miss booster in Clarke’s approach to leading a region he has called home for two decades. Born, raised and educated in Ontario, he settled into Texas after spending two of his six professional playing seasons in Fort Worth.

He put his teaching impulses into immediate action, answering a spontaneously hockey-hungry youth after the Dallas Stars made back-to-back Stanley Cup Final appearances. Since then, as Stars Director of Amateur Hockey and Partnership Development Lucas Reid told NHL.com’s William Douglas last December, he has established himself as “one of the founding fathers of hockey” in the Dallas-Fort Worth metroplex. 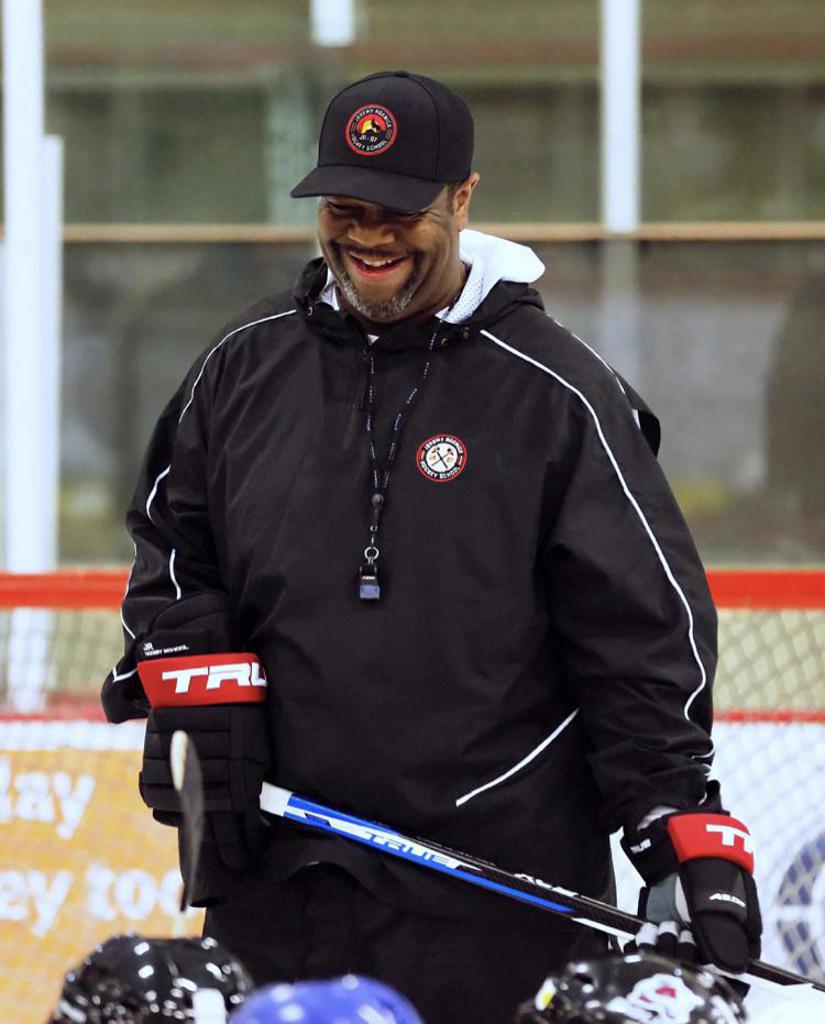 Clarke’s penchant for preaching strength and conditioning, combined with his leadership and entrepreneurial streak, prompted him to establish the Clarke Athletics personal training center in 2015. It also inspired him to pursue a certificate as an emergency medical technician, which he attained in May 2020.

“I’ve always enjoyed the medical side of things,” he said. He thus detected “another part of services I could add to my job.”

“If an emergency ever does happen,” he added, “I’ll be able to react and make sure I’m doing the right thing.”

One of Clarke’s recent assignments yielded a world’s worth of wisdom to relay to his Rocky Mountain constituents. This past spring, the IIHF Under-18 World Championships saw nine other nations converge on his locale, with Team USA opposing five of them at Frisco’s Comerica Center.

By witnessing every program’s practice, Clarke felt emboldened by their example. The international elites enacted more authentic game simulations in stations around the ice. Instead of trading in pucks for pylons and overloading players on a single drill, they let regulation-sized groups delve into interactive action.

“Everything that they’re doing at that level is what we’ve been trying to develop and get across to the young coaches right now,” said Clarke. This means getting players accustomed to ‘situations where they have to react.’

“Every single time you get on the ice, you’re competing against your teammate,” Clarke continued. “You’re always moving your feet, don’t give up on a play, those little things.”

Another mid-spring development in his sector proved the old guard is open to the right blend of past and present philosophies. When Witt left his Michigan post and moved to Austin, Texas, in April, Clarke appointed him Associate Coach-in-Chief.

Already armed with his own knowledge and with lifelong local and Texas/Oklahoma Coach-in-Chief Kelly Clymer, Clarke reacted rapidly to a loose puck for an insurance goal. Now the only mainland district touching three time zones, one of two bordering multiple countries and the one enveloping the Colorado Springs national office has the brass to fill its frame.

While offering due deference to everyone else, Tabrum said, “I look at the Rocky Mountain District as a leader with [Clarke and Witt] on board.”