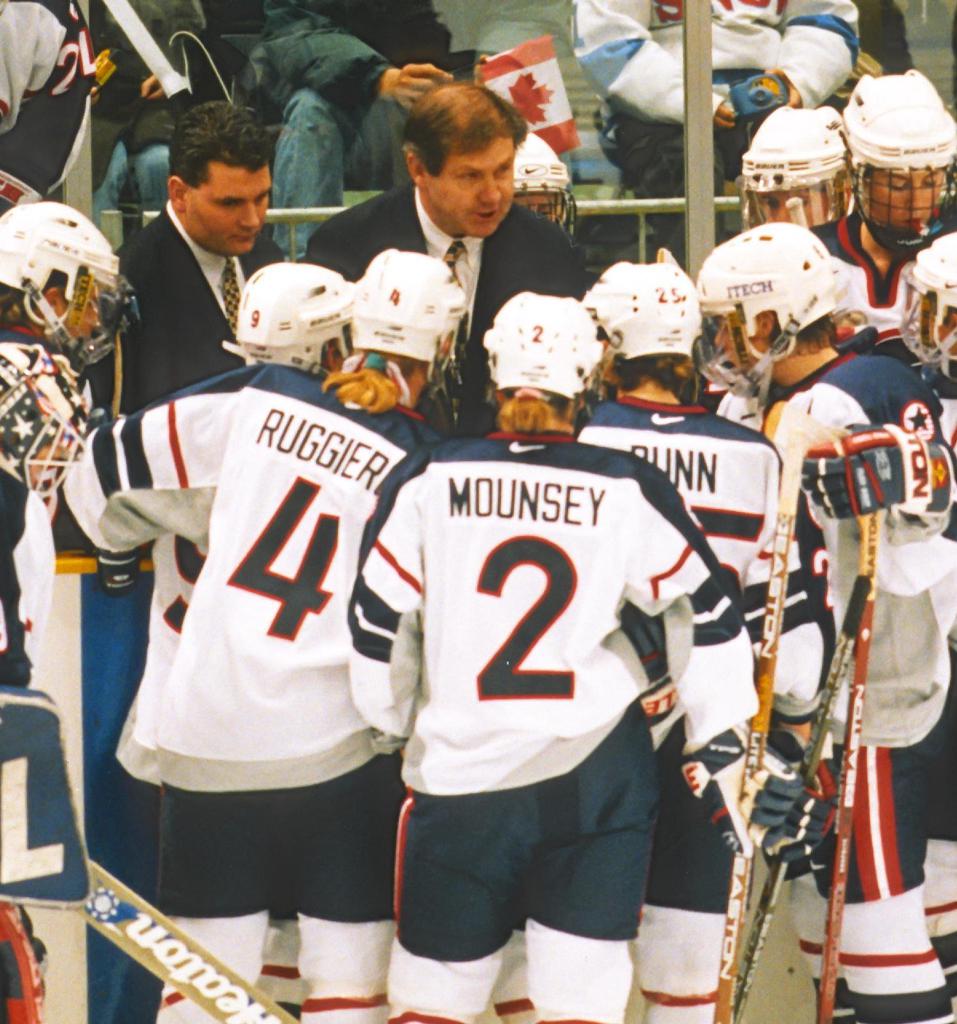 Smith led the U.S. to the first ever gold medal in Olympic women's hockey history in 1998.

“The sport of hockey has done so much for me and I’m grateful to have been part of the USA Hockey staff for the last 25 years of my career,” said Smith, a 2017 inductee into the U.S. Hockey Hall of Fame. “It’s been rewarding to work with so many wonderful athletes and people, and while I’ll miss it, I will certainly be cheering on our teams in retirement and always be keeping up with what’s happening at USA Hockey.”

Smith was hired by USA Hockey in 1996 as the first full-time U.S. Women’s National Team head coach ahead of the 1998 Olympic Winter Games, which were the first ever to include women’s ice hockey. He served in that capacity for a decade, compiling a 37-7 record in IIHF Women’s World Championship and Olympic competition during his tenure, a span that included two gold medals, six silver medals and one bronze medal.

Following his time as head coach of the women’s national team, he shifted gears and played an important role in player evaluation for USA Hockey in building numerous teams for competition on the world stage, predominantly the U.S. National Junior Team.

Prior to his time at USA Hockey, Smith, who played college hockey at Harvard, was a men’s college hockey coach, with stops at UMass-Amherst, Yale, Boston University, Dartmouth and Northeastern.

“Ben has had an enormously positive impact on our organization and the sport overall and we’re grateful for all he’s done,” said Pat Kelleher, executive director of USA Hockey. “We wish him and his wife, Julie, the very best in retirement.”

ABOUT KATZ
Katz most recently spent time in the collegiate athletics space as the assistant director of strategic communications with the Mountain West Conference where she served as the day-to-day communications contact for women’s basketball, volleyball, swimming & diving, and tennis, and also as the liaison for community relations initiatives across the conference office. While at the Mountain West, Katz played a key role in developing strategic communications avenues to amplify student-athlete voices during the COVID-19 pandemic.

A South Brunswick, N.J. native, Katz graduated from the University of Maryland with a degree in journalism.

ABOUT BRYANT
Bryant joins the USA Hockey staff after spending four seasons as director of hockey operations and equipment for the University of Minnesota Duluth women’s ice hockey team where he was responsible for all team operations, including managing equipment, overseeing the program’s budget, and planning team travel.

Prior to his role at UMD, Bryant spent two years as the head equipment manager and hockey operations manager at his alma mater, Minnesota State University, Mankato.

In addition, Bryant spent three years as the director of operations for the Anthony Ford Foundation. His professional experience also includes one summer as an intern for the United States Golf Association and he was also the assistant equipment manager for the Minnesota Swarm during the 2015 season.

A Livonia, Mich., native, Bryant has an undergraduate degree from Minnesota State University, Mankato, in management and earned his master’s degree in business administration from the College of St. Scholastica.