COLORADO SPRINGS, Colo. – Mike Trimboli (Massena, N.Y.), who has been involved in grassroots hockey as a player, coach, official and administrator for parts of the last six decades, was elected president of USA Hockey at today’s Board of Directors Meeting as part of the organization’s virtual Annual Congress.

The Massena, New York, native began his formal engagement with what was at the time the Amateur Hockey Association of the United States (today USA Hockey) on the local outdoor rinks as a player in 1970, then in 1979 became an on-ice official and added youth hockey coach to his resume starting in 1984.

Trimboli’s first involvement as a volunteer administrator was in 1996 when he was appointed as a regional vice president for the New York State Amateur Hockey Association and subsequently was elected as a vice president for the affiliate. In 2004 he also took on the role of the District’s player development coordinator.

He was elected to the USA Hockey Board of Directors as a director from the New York District in 2005 and since that time has served as a director representative to the Executive Committee and also been part of the Marketing Council, Junior Council, Player Development Committee and Diversity, Equity and Inclusion Task Force. He was elected as a vice president of USA Hockey and chair of the organization’s Marketing Council in 2017 and has concurrently served on the USA Hockey Foundation Board of Directors.

Trimboli, a Level 5 USA Hockey certified coach, has served as an instructor for USA Hockey’s Coaching Education Program since 1995.  He has also been actively involved with USA Hockey’s player development program and camps, either at the district or national level, since 1990. Furthermore, he has also served as a USA Hockey Youth National Championship site director on multiple occasions dating back to 2010.

In addition to his work with USA Hockey, Trimboli, who retired in 2018 from his role in law enforcement with the New York State Police after over 31 years, has also coached public high school hockey for more than 25 seasons over two stints, including from 1990-2005 and from 2009 until today, winning a Division 1 New York State championship in 2014.

Trimboli succeeds Jim Smith, who served the past six years as president and has played a significant role in the advancement of the sport over the past 30-plus years as one of the most active volunteers in the organization. 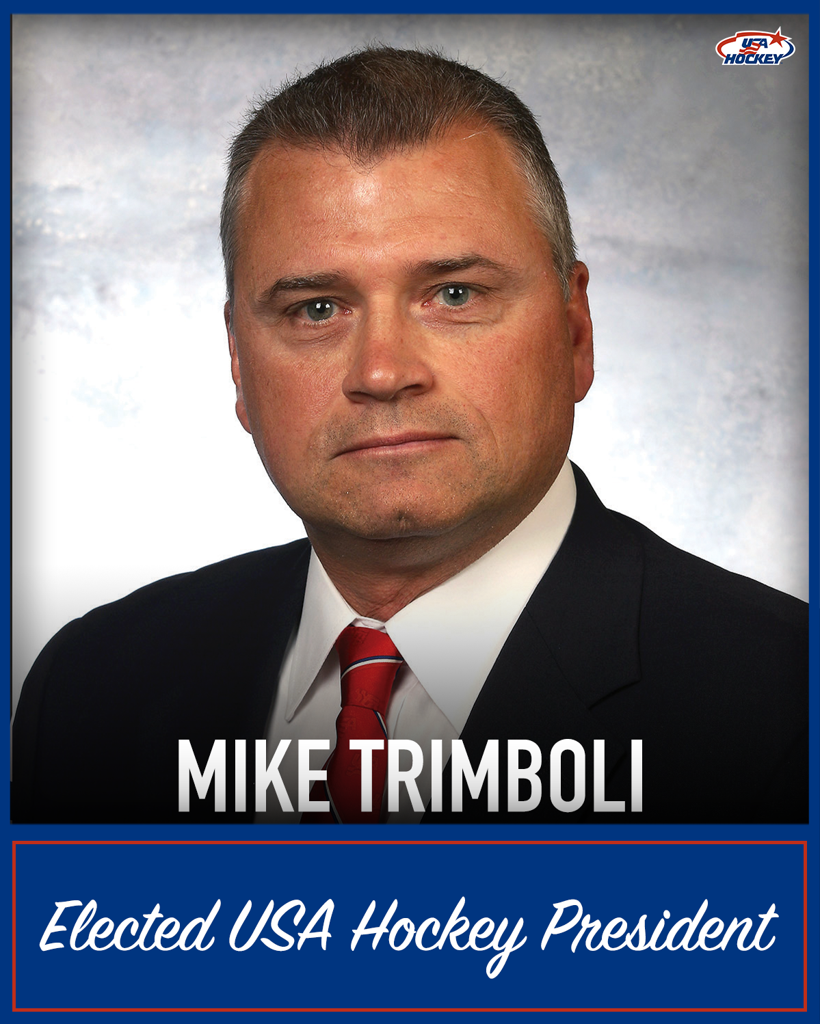