Wolf was named the 26th recipient of the Hockey Humanitarian Award, an honor given annually to hockey’s finest citizen — a student-athlete who makes significant contributions not only to his or her team, but also to the community-at-large through leadership in volunteerism.

“The biggest thing is that people are finding new ways to give back,” said Wolf, who was also a finalist for the award last year. “The Hockey Humanitarian Award is all about service and giving back to your community. Even though we were limited in being able to get out and have person-to-person interaction, athletes are still trying to be involved and trying to give back to their communities in different ways.” 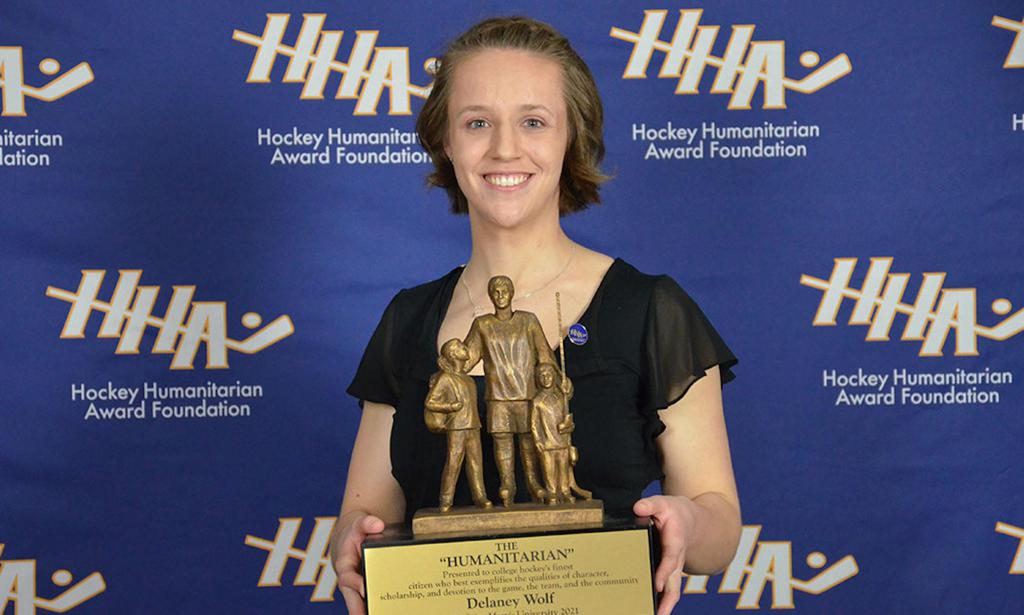 Wolf carried a 4.0 grade-point average and a double major in biochemistry and Spanish. She was not just a student-athlete, she was the team captain at Saint Mary’s, and also participated in about a dozen extracurricular and volunteer organizations.

“Service looks good on a resume, but really, it looks good on you as a person if you believe in it,” Wolf said. “Getting out there, trying different things and being involved is really important. The hardest part is starting. Once you start, and if you find out that you love it, you’re going to want to go. There are so many opportunities out there to help people, and there’s something for everybody to love and put their heart into.”

Volunteering started in high school for Wolf through church groups or high school clubs. Once Wolf arrived at Saint Mary’s, the Bismarck, North Dakota, native knew her interests, so she was able to reach out and create connections in college.

“I came to college and I didn’t know anybody on campus,” Wolf said. “Since being here, and getting involved, and being connected with the community, it has allowed me to create a new home. Giving back is a great way to build that connection and relationships.”

Wolf became a biochemistry major because she eventually wants to attend medical school. Wolf is a Spanish major because she enjoys a challenge and personal growth. Spanish doesn’t quite come as naturally to Wolf as science, but that’s part of the fun.

“Biochemistry and Spanish are so different, but that’s what I like about it,” Wolf said. “Science makes sense, it’s something I really love and it’s something that has always come easily for me. It’s always changing and you’re always learning. Spanish is different because learning a language is a different way of looking at things and it’s taught me to appreciate people and other cultures, and realize that the world is a lot bigger than the one I’m living in.”

In addition to her hockey schedule, Wolf has tutored students, mentored youth hockey players, volunteered with the Humane Society and worked with the local warming center. She also participated in the biology club, concert band, physics club, chemistry club, outdoor leadership, student leadership and volunteered at a senior living center.

Wolf works as a certified nursing assistant at a senior living facility in her hometown, which has been difficult throughout the pandemic.

“Obviously, those facilities have closed their doors to visitors, including family, so watching my residents not being able to see their loved ones, and have that interaction … we were the only people they got to interact with, and when they had to go into quarantine, they were literally stuck in their room 24 hours a day,” Wolf said. “As you can imagine, that’s hard on anybody’s mental and physical health. There’s a big need to keep these communities involved and let them know we’re still thinking about them.” 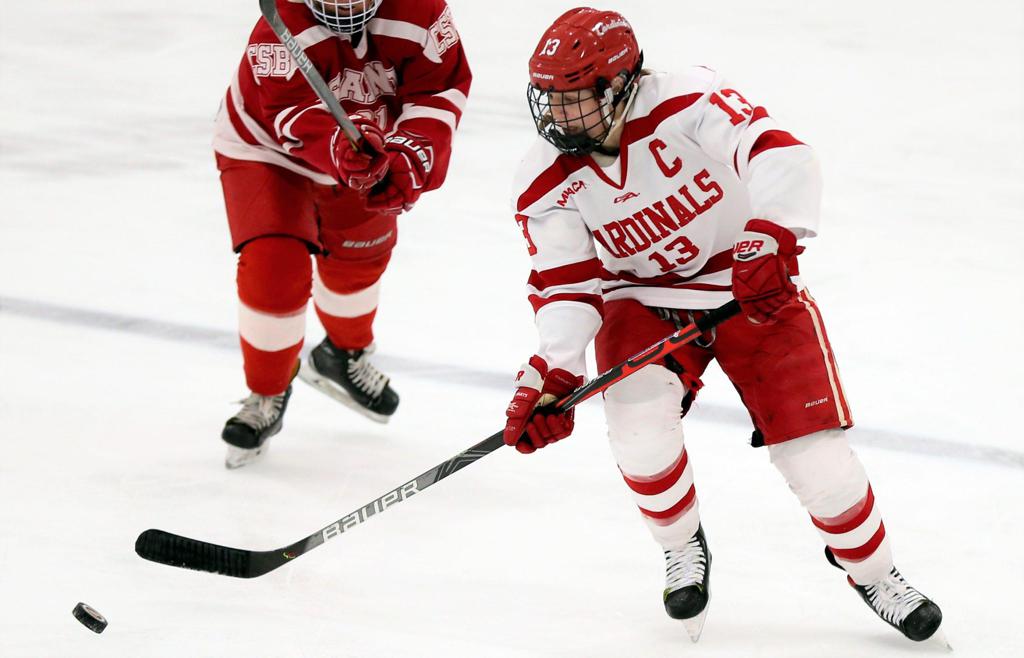 Wolf is hopeful that the worst of the pandemic is in the past. It hasn’t stopped her from continuing her volunteer work throughout the past year.

Wolf’s time management has had to be impeccable while balancing a double major, athletics and endless volunteer endeavors. But if Wolf somehow found a free minute, she’d spend it with roommates and teammates, going to lunch, watching a movie or a television show, or reading.

She has also tried to involve her teammates in her volunteer work.

“I try to bring friends along, so it becomes a part of life and something that I want to do,” Wolf said. “Working with people I have relationships with is easier than doing something just to serve.”

For students, Wolf noted a number of volunteer opportunities that are available, adding that they should seek a list of organizations and clubs on, or away from campus. For adults, Wolf suggested searching online for volunteer organizations within a given community.

Wolf is the third female student athlete to win the Hockey Humanitarian Award in the last four years and the 10th overall. Wolf, the only repeat finalist from a season ago, is the eighth NCAA Division II or III student-athlete to win the award.

The Hockey Humanitarian Award Foundation presented Wolf with a $2,500 check, which she donated to Catholic Charities of Southern Minnesota for the Winona Community Warming Center. She also received $500 for additional designated charities. 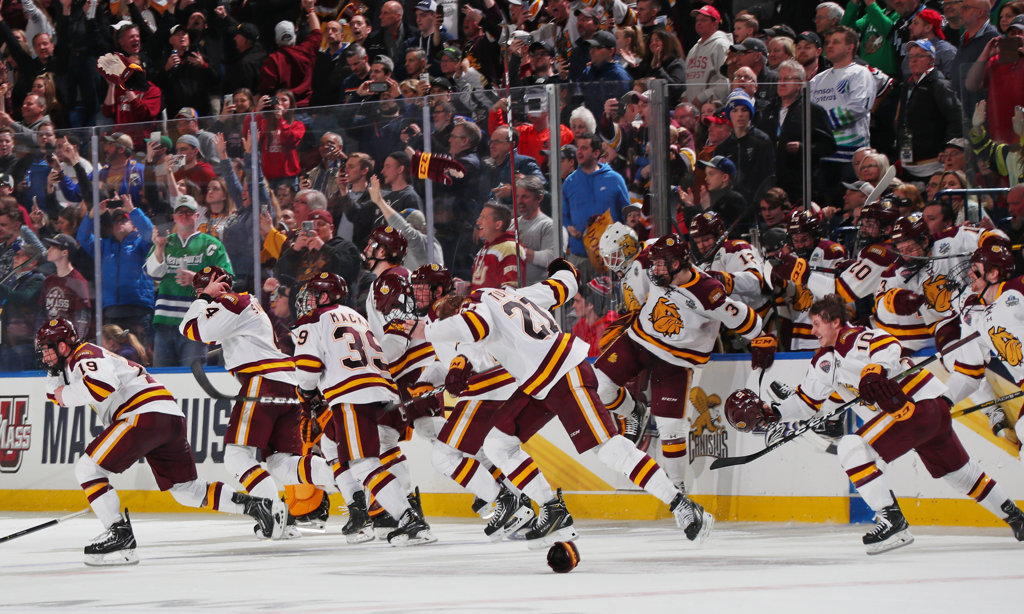