Bit of Normalcy Returns for Women’s Teams at Adult Nationals

Teams excited to be back playing hockey with their friends

WESLEY CHAPEL, Fla. — For many of the women competing in the Labatt Blue/USA Hockey Adult Women’s National Championships this weekend at AdventHealth Center Ice, the tournament represents a much-needed opportunity to take a little vacation as well as reacquaint with fellow players they may not have seen in more than a year.

“We are so excited to be together,” said Witley Nichols, general manager of the 21-plus Lady Hurricanes’ B and C teams and coach of the B squad. “Rather than go and just compete, we are making it more of a vacation and a trip where we can enjoy ourselves. It is very exciting to get back to some sort of normalcy.”

Before taking her spot behind the bench in a 4-0 win over the Southern Thunder on Thursday afternoon, Nichols took in a pair of Carolina Hurricanes and Tampa Bay Lightning games at Amalie Arena earlier in the week. She and a few teammates made time for the beach and sampling restaurants.

Indeed, it is a weekend where participants can resume a tournament schedule while enjoying the late-April weather in the Tampa Bay region.
It is a breath of fresh air compared to how things have been the past year when the women did whatever they could to keep in touch and skate with their teammates.

Talk about persevering through tough times, Team Cleveland and the Michigan White Out in the 21-plus circuit merged to become a single entity: the Cleveland White Out.

“Due to COVID, there were not enough players for either team, so the two of us worked together to create this hybrid team,” said Lisa Wynn, who has been with Team Cleveland.

Wynn noted that her team hosted a tournament in November that featured another Cleveland team, two teams from Carolina and a team that was a mix from multiple southern states. That allowed them to get on the ice and compete against other teams.

“We had eight teams signed up and slowly but surely some teams dropped out leading up to that weekend,” she said. “We pulled it off, and that’s what mattered.”

This weekend’s tournament is the first for the Gulf Coast Ms Conduct 30-plus team since February 2020. A few team members participated in a pond hockey tournament in Colorado in February, but there was not much else the past year.

“Not only have we not played for a while, but some of the girls have not seen each other in more than a year,” said Corrine Deckard, who lives in Bradenton, about 70 miles south of Wesley Chapel. “Some people have played and some have not. We did some Zoom sessions early in the pandemic to try to stay connected, but we have not had a team event in a long time.”

That changed Thursday morning in a 6-1 win over the Saucy Llamas. It was emotional connecting and taking the ice with teammates again.

“We have an incredible core group of players, but it is not just a team that comes together to play hockey,” said Deckard. “We are a family and to be away from each other for so long was surreal. It was so great to see everybody. Our huddle before the game was a very emotional moment.”

The Chesapeake Lightning 21-plus team spent much of the past year playing a handful of games against men’s and women’s teams at their home rink, The Gardens Ice House in Laurel, Maryland.

The Lightning made sure to do everything with caution and responsibility.

“We did a really good job of implementing our own protocols,” said Hilary Murphy. “We wore face masks on the ice and had our temperature checked on the way into the rink, so we were able to play and remain safe. We were cautious on and off the ice and none of us caught the virus.”

Since the Lightning had not played in an actual tournament since 2019, this weekend’s Nationals represent a treasured time.

“It feels amazing,” said Murphy. “Hockey is a big part of our lives and being able to travel again with the team provides a feeling that things are getting back to normal. We also have not played women’s teams at this level of competition in over a year and a half, so it is exciting for us to play teams we have not seen in a long time.”

It certainly beats being cooped up at home not knowing when they are going to lace up the skates again.

“Luckily I have a stationary bike at my house, so every single time a tournament was cancelled or we couldn’t get on the ice, I tried to stay fit,” said Nichols. “We tried to go to as many adult league pickup games that we could so that we could stay fresh.”

Wynn, who devotes one weekend per month to the Ohio National Guard and was on an active-duty mission in the nation’s capital that concluded last September, is glad to be back on the ice with her combined Cleveland/Michigan team.

She is also glad to be in Florida, a state in which she had not played prior to Thursday’s 6-0 loss to the Chesapeake Lightning.

“A lot of us had never played in Florida,” said Wynn, who woke up to four inches of snow Wednesday morning before her flight to Tampa later in the day. “So, we are all pretty excited to be in a place where it is warm and nice.”

Every woman participating this weekend had reason to be excited. After all, this is their weekend. 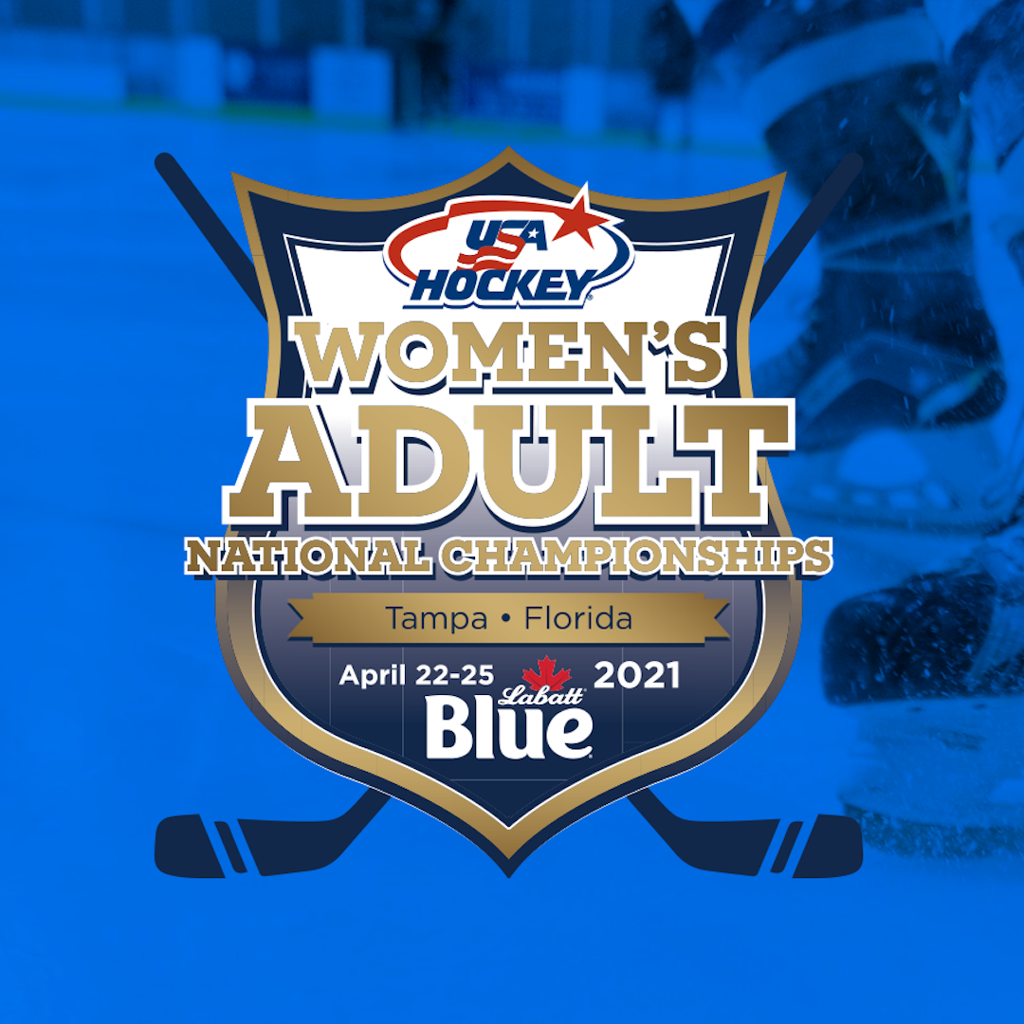