Growing Up In Michigan, It Was Both Hockey And Baseball For Padres’ Jake Cronenworth

San Diego Padres infielder Jake Cronenworth finished second in National League Rookie of the Year voting after a short-but-phenomenal 2020 season. He hit for a .285 average with 4 home runs and 20 RBI in 54 regular-season games before adding a homer and 3 RBI in six postseason games.

But Cronenworth used to be a hockey player. He was always a multi-sport athlete as a kid, and he’s glad for that experience.

“But I was always playing both of them until I got to college.”

Before Cronenworth hit an RBI double in his first MLB at-bat July 26, 2020, he grew up playing hockey in St. Clair, Michigan. His grandfather, father and brother all played collegiate hockey as well. His grandfather Charles had a tryout with the New York Rangers before getting drafted into the military.

It didn’t really come down to a specific choice between the two sports for Cronenworth. He played both in high school, enjoying them each so much that it wasn’t until his junior year that he decided to stick with baseball in college at the University of Michigan.

The multi-sport athlete was versatile on the diamond as well, playing infield, outfield and touching the mid-90s as a reliever. The Tampa Bay Rays picked him in the seventh round — 208th overall — in the 2015 MLB Draft. At Triple-A Durham in 2019, Cronenworth hit .334 and had a 2.45 ERA in seven appearances. The Rays traded him to the Padres following that season.

Even when he left college to play baseball for a few years in Ann Arbor, Cronenworth, now 27, didn’t hang up his hockey skates for good. A local arena held open ice time Mondays and Wednesdays, so he took full advantage of the chance to get on the ice again.

“It was always fun to get out there and skate a little hard and train the legs in a different way than you would in the weight room,” Cronenworth said. “And I obviously love playing hockey, too, so that was the best part.”

Hockey and baseball are certainly different sports, but there are some skills that Cronenworth learned and adapted in each. One thing he learned was “taking that hockey mentality to baseball,” Cronenworth said. Baseball is a slower game with a lot of sitting around in between innings, for instance, whereas hockey is more of a “go, go, go mindset.” Bringing that mentality over helped Cronenworth with hitting and pitching in baseball. 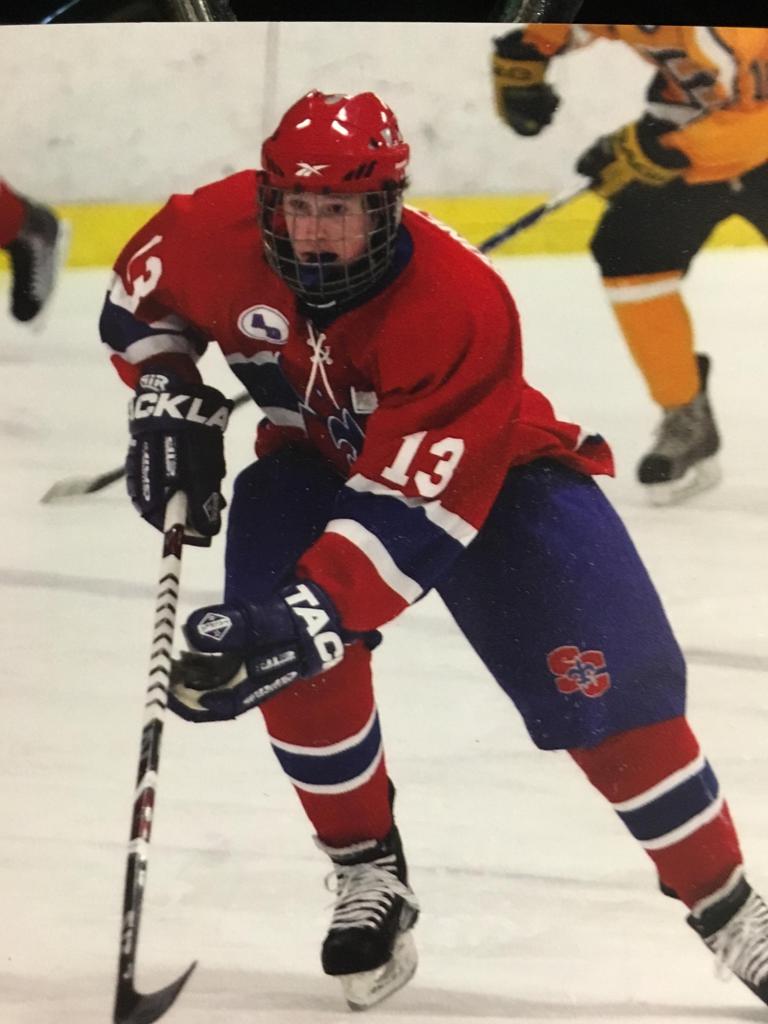 “I don’t think there was a better combination of sports that I could have played growing up,” Cronenworth said.

Besides the mental side of things, the skills he learned as a multi-sport athlete helped Cronenworth, too. There’s hand-eye coordination, of course. In hockey, it’s about stickhandling the puck without looking at it when a player is skating, which Cronenworth said he knows is hard. But then that hand-eye coordination benefits him in baseball “trying to hit a round ball with a round bat,” he said.

Other than playing roller hockey in the driveway with his friends as a kid during the summers, Cronenworth also didn’t overlap his two sports or training. He played hockey in the winter, baseball in the summer. He was always excited for hockey season to start, then once that was winding down, he was excited for baseball to start.

Keeping the separate seasons was one of the biggest benefits for him as a multi-sport athlete.

In today’s sports world, Cronenworth acknowledges that he knows parents want their kids to be single-sport athletes when they’re younger. But he’d encourage parents and kids alike to be open to playing other sports, too. It’s not just hockey or baseball either but could be basketball, soccer or any sport, he added.

Growing up, Cronenworth played with another multi-sport athlete, who ended up in professional hockey: Tyler Motte of the Vancouver Canucks. The two grew up a couple blocks away from each other and played on the same hockey and baseball teams as kids.

Now as professional athletes, they still text each other during their seasons, and Cronenworth said he tries to watch as many Canucks games as possible.

“I couldn’t have asked for a better person to grow up playing both sports with,” Cronenworth said. “I think Tyler was the same way. He could’ve ended up playing baseball in college if he didn’t choose hockey.”

Even though he’s traded in his ice skates for baseball cleats on a daily basis, it’s not like Cronenworth’s skates are permanently collecting dust somewhere.

Whenever his baseball career — which is just getting started — comes to an end, Cronenworth could see himself getting back into hockey, maybe joining a men’s league. But more than that, he’s definitely going to want his future children to play hockey so they’ll learn some of those intangibles, like self-discipline, that helped form Cronenworth into the person he is today.

He’s all for pushing any kids to play more than one sport and have fun with what they do.

“When you’re playing one sport, make that be the one sport you’re playing,” Cronenworth said. “Just try to focus on what you’re doing at that moment.”