The Middleton (Wisconsin) youth hockey team decided to get creative during a season affected by COVID-19.

The players were trying to stay sharp off the ice, and Steve Chafe — who teaches leadership and teamwork seminars to the team — was helping out.

During a Zoom videoconferencing session in late September with the team’s seniors, Chafe was emphasizing to the players that they needed to stay focused. Chafe wanted to give the players a positive focal point. Through some brainstorming, the guys came up with an idea to take their minds off of everything.

“As a group, they came up with, let’s build outdoor ice rinks, that way if we can’t play inside, maybe we can do some outside,” Chafe said.

“That’s how it started, but then they realized that, boy, the youth kids could use it, too, and the whole community, for that matter. It kind of pivoted a bit to the use for the community and all of us. We can grow the game; it’s going to get more people out here.” 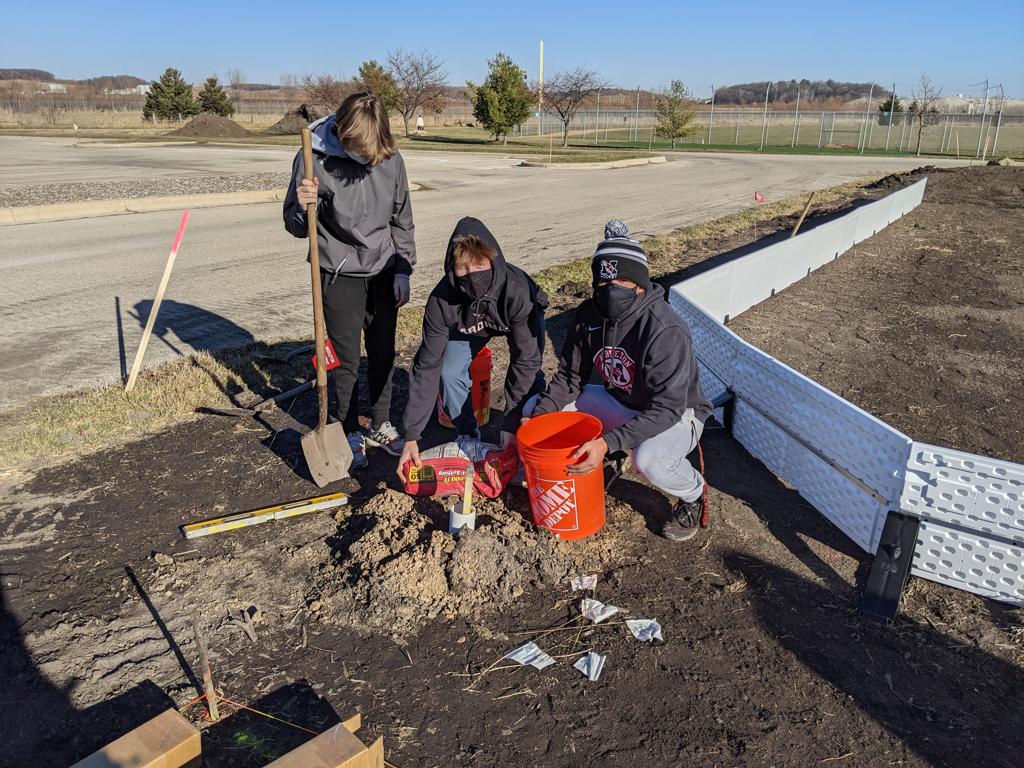 To get two sheets of ice built — which ended up being 104 feet by 52 feet and 98 feet by 52 feet — there were plenty of hoops to jump through. Everything moved quickly, and by Dec. 26, a Christmas miracle had been achieved: the ice was ready for play.

“I thought going into this project, it was a great way to stay positive during the pandemic and put your efforts towards something that’s going to help everyone else and not just of sorrow with what’s happening right now,” said Sean Ruhly, who was one of two Middleton seniors, along with Spencer Kalscheur, to lead the project. “I think our boys kind of came behind that and decided that they were going to help out the community and everyone else and not just kind of sit around and be sad about not being able to play hockey for a lot of the time that we should be.”

With the assistance of a handful of adults, the players planned and went through all the steps to make the rinks a reality.

In early October, the seniors introduced their idea to the coaches. By Oct. 19, three seniors presented the idea to the city of Middleton board and received unanimous approval to have the rinks built at Penni Klein Park. A GoFundMe page was set up and $15,000 was raised in a matter of two weeks to play for the project. The ground was prepared on Nov. 20, the boards were installed and liners dropped to fill the rinks in mid-December. 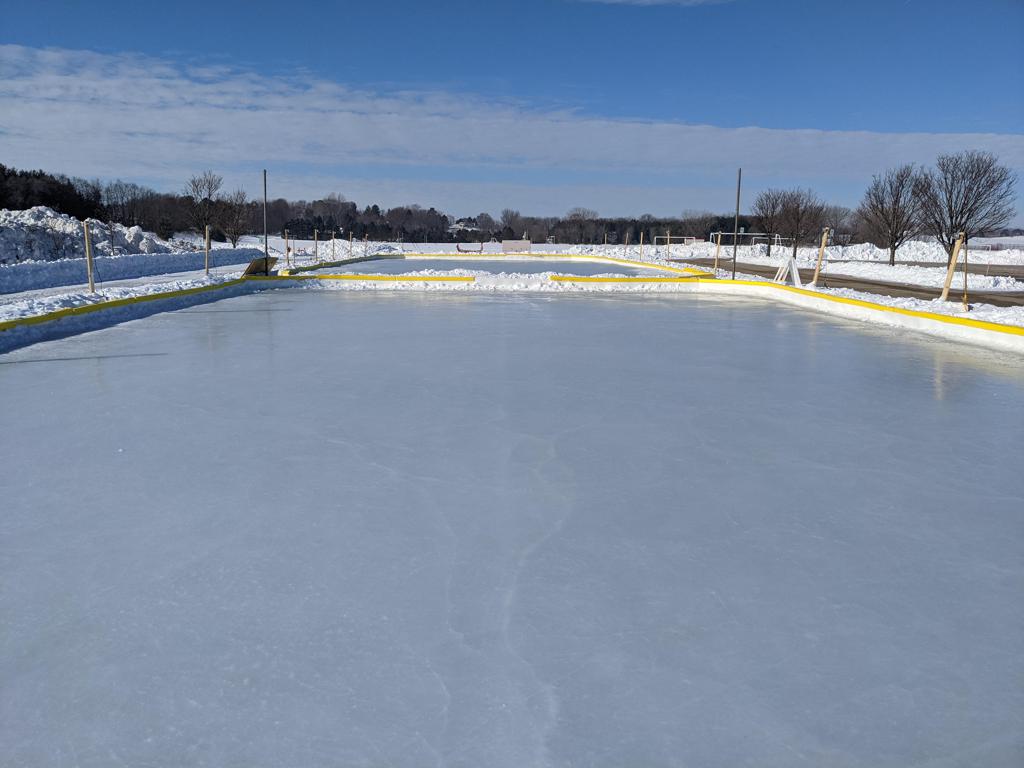 The rinks were open to the public on Dec. 26.

“There’s a lot more processes than I thought it was going to be going through our city’s board, getting approved, making sure everything was okay with COVID concerns and health concerns overall with having an outdoor rink,” Ruhly said. “There’s just a lot more thinking and effort that has to go into it to get something done. But I think our group of guys was very determined and with the help of Steve [Chafe] and a couple other people in the community, I think it really turned out well.”

Kalscheur, who lives across the street from Penni Klein Park, has built a hockey rink in his backyard for the last six winters. His background was valuable in helping construct the sheets of ice.

Along with his close friend Ruhly, the pair wanted to be the ones in charge.

“Leading by example is a big thing,” Kalscheur said. “I was constantly out there for hours every day, and it almost turned into a job. But the end result and seeing everyone use it kind of touches my heart, in a way. It’s kind of like, oh, it was all worth it.”

Chafe estimated 30-35 players in the Middleton hockey program helped in some capacity during the project.

Building the rinks as a team really built camaraderie with the players. The seniors bonded with the underclassmen and showed them the ropes in being successful athletes on and off the ice.

“It’s a great way to kind of band together and put all your efforts towards one thing, even if it might not be like a win or playing hockey — but it still has the same general kind of meaning behind it,” Ruhly said. “It was working together and just kind of executing it as a team. I think I made a lot more connections with freshmen than I wouldn’t have otherwise through the project. I feel like everyone’s a little closer as a group now because of it.”

From the first day the rinks were able to be skated on, they attracted plenty of interest.

“MYHA appreciates the work that Steve and the high school players did to get these rinks up and running,” Middleton Youth Hockey Association communications director Aubrey Starr said. “We have even had new members join MYHA that had kids getting exposed to hockey on those sheets of ice.”

The new rinks also benefited another good cause. The popular Super Noah hockey game was held on Feb. 13 to raise money for the Leukemia and Lymphoma Society. Organized by Middleton High School hockey player Ava Jambor, the third annual event was started as a way to support Noah Sanger, who was diagnosed with acute lymphoblastic leukemia when he was 4 ½ years old. The youngster has been cancer free since March 2020.

The Middleton hockey players have been able to get onto their outdoor rinks a couple times to compete in some 3-on-3 games.

The Middleton youth hockey team ended up having a season this year, competing in a shortened season, but the players were happy to just get on the ice. It was payoff for completing their community project.

Finishing up the rinks was a relief. Along the way, the players ran into some hiccups: air bubbles in the sheets of ice, one rink sprang a leak and the players didn’t get to flood on the day they planned. But through it all, the players pushed through and learned some valuable life lessons along the way.

“Sometimes you’ve just got to roll up your sleeves and do it,” Chafe said. “Sometimes you don’t know what’s going to happen and sometimes you fail. I think another great lesson is that you learn as much or more from your failures than you do your successes. They kept bumping into obstacles and they just persevered and were able to get to the other side.”

Said Ruhly: “I think we did a really good job. I think we did better than my expectations, which is great. I think the community really enjoyed what we did and hopefully it’s here to stay for a while, because we’re donating everything to the city afterwards.”