Hockey is Back at Mississippi's Mid-South Ice House

Building has come back to life since reopening in August

The Mid-South Ice House, home to ACHA Ole Miss and University of Memphis programs, has been a pillar in the local ice sports community after the Mall of Memphis lost the region’s lone ice rink back in 2003.

Now invigorated by a strong hockey community over the past decade, the rink is looking to move beyond a void the pandemic left in early Spring.

When Aug. 12 rolled around, hockey players in Olive Branch, Mississippi, were ready to skate.

The first stick-and-puck and drop-in times on that date at the Mid-South Ice House were all sold out quickly. Skaters immediately reserved a spot for the next day. 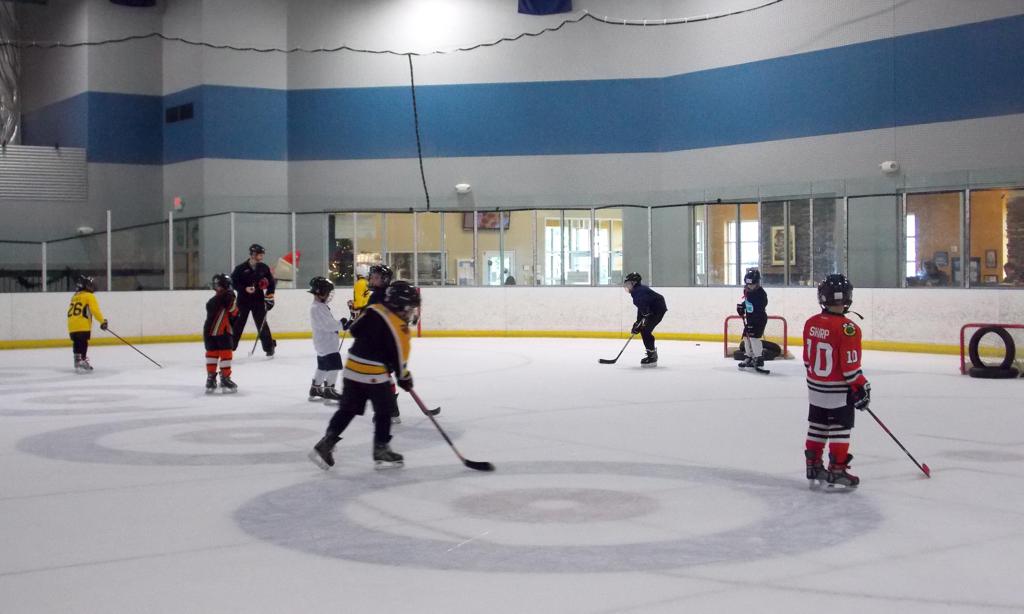 “People were passionate about getting back on the ice,” said Dave Stevens, who is the Mid-South Ice House director of hockey development.

The rink, which is co-owned by Jack Rogers, had to shut its doors on March 22 due to the pandemic, and for almost five agonizing months it was silent inside the building.

For the first time since the Mid-South Ice House opened its doors in September 2011, Rogers had the ice completely removed to expose the sand-based floor. Rogers and his staff were nervous about the ice being taken out, but that was the only option. To keep the ice in and the arena functioning, it was going to cost too much.

Once it was time to reopen in mid-August, it was a relief for Rogers to re-install the ice.

“Everything’s been going pretty good,” Rogers said. “We didn’t know how everything was going to pan out.”

Stevens is happy to be back on the ice with kids who share his passion for the sport in their tight-knit community.

“Because we’re a small market in a small area, the people that do come to the rink, they’re family,” Stevens said. “It’s good to see the faces coming back that you haven’t seen for a while. Everybody took a break, so slowly but surely everyone is coming back to the rink.”

Mid-South Ice House opened back up to a number of safety measures that Rogers is expecting will keep COVID-19 out of the building.

The rink staff enforces wearing a mask at all times. There is no exception.

“I think one of the things that helped us is we’ve received pretty strict local COVID protocols and we enforce them even if it means asking someone to leave the rink,” Rogers said. “We’ve had to do that, but not more than once or twice.”

Having players and parents wear masks and keep their distance from one another has been a difference-maker in Rogers’ eyes.

And if someone comes to the door and has forgotten their mask?

“We have some available for purchase,” Rogers said. “Yeah, everyone has to wear one no matter what.”

Along with the mask policy, the other big safety measure implemented at Mid-South Ice House is everyone is required to have their temperature checked by an infrared thermometer on the way into the building.

“We clean everything, we sanitize everything,” Rogers said. “People go on the benches and after they’re done skating we clean and sanitize those. Locker rooms, we do the same thing. We’re not allowing younger age groups to use the locker rooms at all — they’ve been told to come dressed. Twelve and older, we recommend they come dressed, as well.”

Parents and kids are complying with all the rules and seem to really appreciate the measures the staff at Mid-South Ice House has put in place.

“I think it’s a level of comfort for people when they come to the rink and they see that we’re doing everything safely for the kids,” Stevens said. “For the little players, we divided them up so that they’re going to a specific side of the rink.” 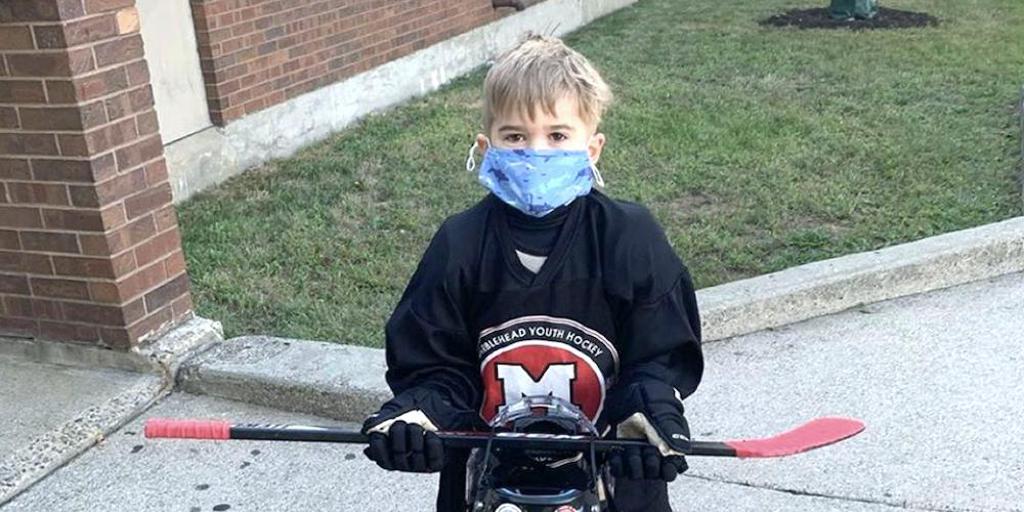 After being quiet for months, the Mid-South Ice House is as busy as ever. There is a curling league on site, figure skating lessons and learn-to-skate are offered. Adult hockey got underway Sept. 13, and the next day, the youth level teams had their first skates. There are five levels playing out of Mid-South Ice House: 8U, 10U, 12U and 14U, along with a high school team.

Youth hockey numbers are pretty close to a normal fall season except at the younger ages.

“Our 6U and 8U, we have seen a decline over the winter session from 2019-20,” Rogers said. “That’s really been the biggest difference that I’ve seen so far. Everything else is either about the same or maybe slightly down.”

During youth practices, Stevens and his staff members are trying to get the players back into hockey form. That’s happening mostly through skating and shooting drills. The coaches are not including much contact during practices yet.

Once again this year, Mid-South Ice House is offering introductory and advanced hockey classes through its Hockey Academy. The learn-to-play hockey class is intended for kids ages 4-14 and introduces the basic fundamentals needed to start playing hockey on a recreational level. The advanced hockey class is for ages 5-14 to improve skating and skills. Both sessions get underway Oct. 13 and run every Tuesday for eight weeks, except for Thanksgiving weekend, for eight weeks.

The teams at all levels have been ramping up practices through the beginning of September.