There are certain people who make an impact on anyone and everyone they come in contact with. For Don Mulder, a former president of the Wisconsin Amateur Hockey Association and current vice president of USA Hockey, that person was Jerry Edwards.

“I don’t know where to start and stop with him. I could go on and on about all of the good things he did for hockey,” said Mulder. “Every person that knew Jerry Edwards liked him.”

Edwards passed away on August 5 at the age of 83 in Madison, Wis. A lifelong hockey volunteer, Edwards began serving on the WAHA Board of Directors in 1980 and was president or the organization from 1993-2010. He was also on the USA Hockey Board of Directors in some capacity from 1995 until his passing.

“I came on board in ’82, and he was a big mentor for me,” said Mulder. “We were together for about 40 years in the hockey business.”

During those 40 years of service, Edwards had an answer for everything, said Mulder. He was one of those people that would make things happen, and keep things together when things got tough.

“Even when he had to make a decision that wasn’t very popular, Jerry had a way of explaining things to tell them the way it was so that they understood. And even if they weren’t in agreement with it, they understood how it worked… he had a knack a lot of people didn’t have.”

Edwards was a referee and a coach for many years, and coached the Beloit Peewee A team in his hometown of Beloit. He was a cofounder of the Beloit Youth Hockey Association, and cementing his legacy with the program, the Beloit association eventually named the rink after him.

In 1991, Edwards received the top honor for volunteer work with USA Hockey when he was named the recipient of the Wm. Thayer Tutt Award.

Mulder said that one of his favorite memories of Edwards came not at the rink, but through one of Edwards’ hobbies. 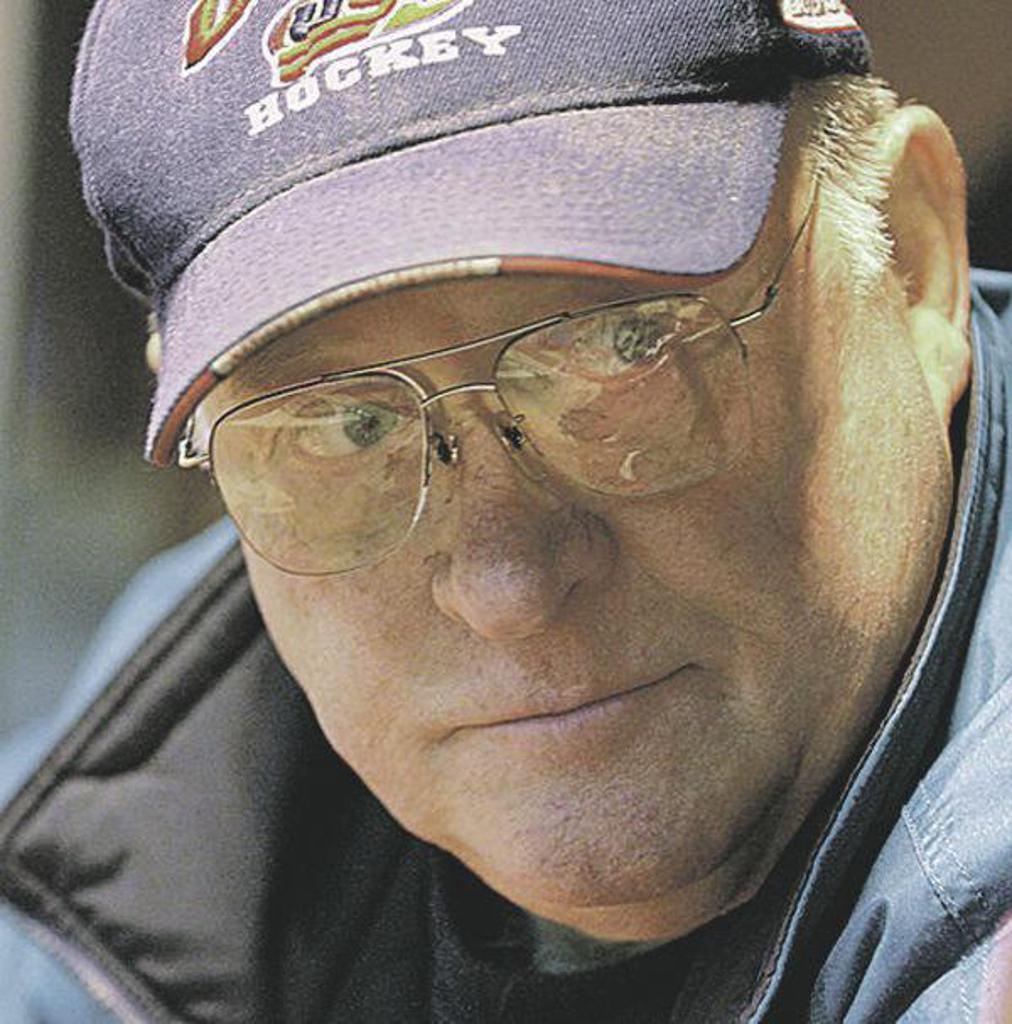 “He was a truck driver, and one day he wanted to restore his old semi,” Mulder said. “He called me up and said ‘Hey, I’m going to come up and give you and Judy a ride.’

“I said, ‘Are you sure? That’s about two hours.’ And he told me to meet him in a parking lot, and we pulled up and it was a big 18-wheeler. We must have driven around for about 45-50 miles, and that was Jerry Edwards. It’s just the kind of guy he was.”

Edwards was a big family man, according to Mulder, and had seven children and nine grandchildren. His wife, Patricia, passed away in 2003.

“Not only Wisconsin, but the world’s going to miss this guy… Wisconsin Amateur Hockey and USA Hockey are both better because of Jerry Edwards.”