Hockey Continues to Thrive in Louisville

When Michael Pearce helped establish the Kentucky Amateur Ice Hockey Association as a nonprofit organization in 2015, his initial objective was to create an adult hockey program. Operating as the Pearce Hockey League, the association began to take shape.

Keith Kenitzer, then a USA Hockey representative living in Louisville, came to a KAIHA board meeting later that same year. What he said caught everyone by surprise, and ultimately changed the direction of the program.

“You guys are really dropping the ball on youth hockey,” Kenitzer told the board.

Once Pearce got over his initial shock, it didn’t take him long to spring into action. He began to realize the wisdom of Kenitzer’s words and the additional opportunities a youth program would create for the growth of the game in the Louisville area. Thanks to the Roger Sharrer Award, a USA Hockey Mid American District program assisting associations in growing the game, the Ice Cardinals began to make the cost of hockey gear more affordable for families. The club has been a beneficiary of the award over the past several years.

Pearce also started Learn to Play sessions, and 18 kids initially signed up. That number increased to 45 within the next several months. Parents began to see the advantage of allowing their kids to try the sport, and word began to spread in the area.

“By eliminating that hurdle with the Roger Sharrer Award, we would loan the equipment out,” explained Pearce, who grew up playing youth hockey in Salt Lake City.

Pearce didn’t stop there. A Nashville Predators season ticket holder, he was at a game in 2016 when he first noticed the Little Preds youth program. He began to envision an opportunity that would broaden the scope of his association even further, and create a valuable relationship with an NHL team.

Pearce approached the Predators with his idea, and the club agreed to form a partnership with the Ice Cardinals. Since 2017, 334 kids between 4 and 9 have joined the program. Travel teams range from 10U to 18U, as well as an all-girls team, junior varsity and varsity high school team. 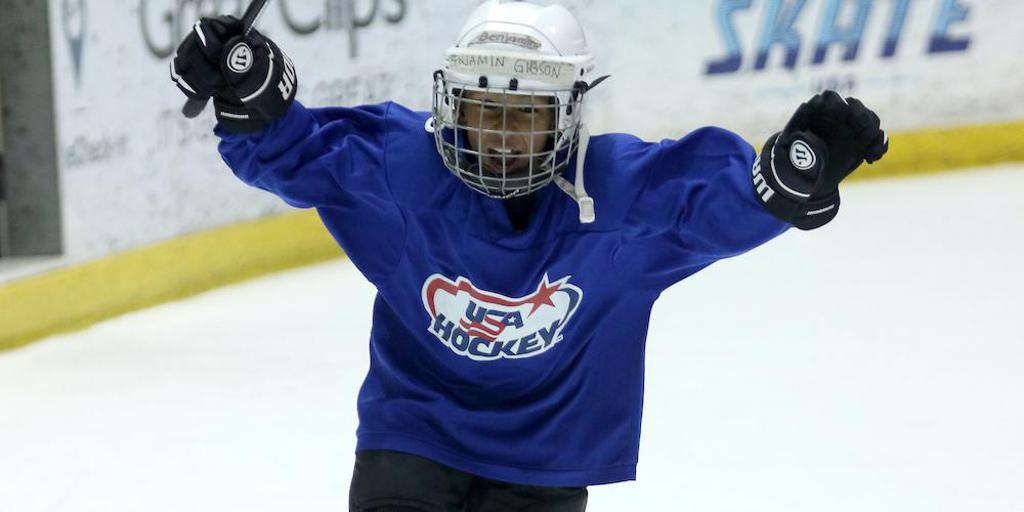 “It changed everything,” Pearce said of the partnership with the Predators. “Our ability to get kids to be better skaters, keep the equipment … it’s the greatest thing. Just having that tie-in with the NHL gives the kids a vision that [they] can get there someday.”

The club has an impressive online Spirit Wear Store, with hats, beanies, sweatshirts and other merchandise families and fans can purchase to show their Ice Cardinals pride.

“It was something everybody wanted,” explained Amanda Skinger, who created the store last year and serves as its spirit wear coordinator. “When you walk into a rink for a tournament or game, everybody wants to represent. People are very proud to show where they come from.”

Recently, the KAIHA board unanimously approved new uniforms for the Ice Cardinals. Under an agreement with the University of Louisville, the club will wear jerseys identical to the school’s ACHA Division II men’s hockey team. This has given the Ice Cardinals an additional marketing boost, according to Skinger.

“To have that logo benefits both the university and our program, because it’s easy to recognize,” said Skinger, whose son Henry plays for the 16U travel team. “The general consensus is people are really excited about it.”

The program is firmly committed to USA Hockey’s American Development Model and its concepts. Pearce is as passionate about ADM as anyone in the sport.

“We do everything we can with ADM,” he said. “We’re a young association, and we have growing pains. But we’ve also done some things right. We’ve attached ourselves to the model. With all the work and energy USA Hockey [has put into it], why wouldn’t we?”

Safety during the coronavirus pandemic is a top priority to hockey programs around the country, and the Ice Cardinals are no exception. The club shut down in March, when the NHL announced their stoppage. The Iceland Sports Complex, the Ice Cardinals’ home rink, put together a comprehensive plan for a gradual re-opening. Tryouts are underway for most teams, and Learn to Play sessions are being scheduled.

Pearce doesn’t believe the pandemic will slow down the enthusiasm for hockey his program has worked so hard to build.

“It’s the coolest game on earth,” Pearce said. “I believe the enjoyment of sports is going to hopefully resurrect this country as a whole. If we look back at this five years from now and ask, ‘What did it,’ I hope it’s that sports came back and allowed us to get back as close to normal as we can.”