Becoming an Official was ‘One of the Best Decisions’ for Mitchard

Gordie Mitchard grew up playing hockey, though his dad kept encouraging him to give officiating a shot. It’s nice to have an extra couple hundred bucks, his dad would say. Nineteen-year-old Mitchard finally decided to try his hand at being a referee.

“If I like it, I’ll stick with it,” Mitchard recalled thinking. “And it really, truly turned out to be one of the best decisions I ever made.”

As part of the Junior Officiating Development Program, Mitchard traveled to various cities to work games at different levels and leagues. Mitchard, now 28, refereed youth and high school games before advancing to work games in the North American Hockey League, United States Hockey League and some in the American Collegiate Hockey Association.

The benefits for Mitchard’s work as a referee went well beyond a paycheck or finding a new way to be part of the game. While Mitchard enjoyed playing hockey, the mental battles of being around 20 or so hyper-masculine teammates wasn’t easy, and it was difficult for him to cope with being different.

Due to the demands of traveling, officiating allowed for a lot of alone time. He might drive six hours to an arena, have his head in the game for three hours on the ice, get a bite to eat afterward with the other officiating crew members and then it was back to some more solitary time.

These experiences led him to speak his own truth when he came out to another referee, who is also gay. 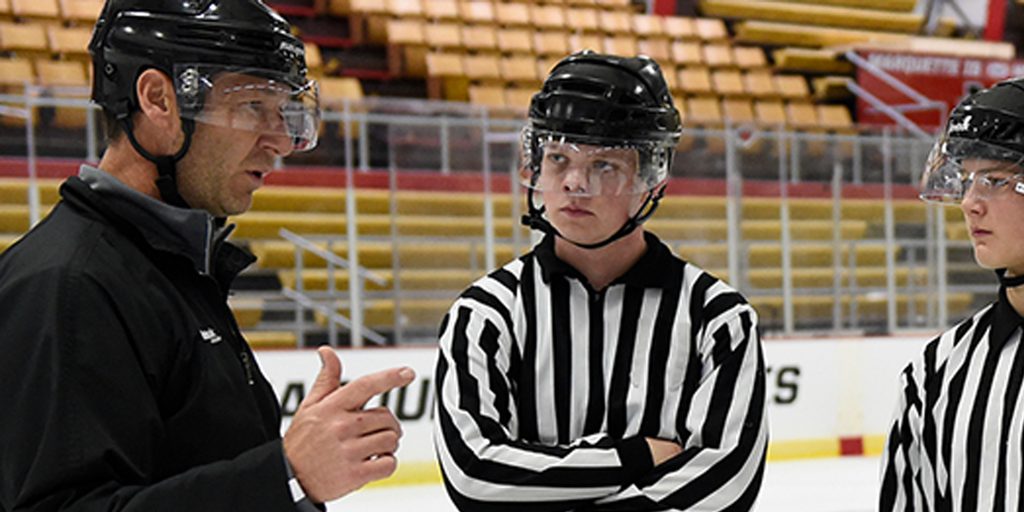 “I took advantage of that windshield time to think about who I was, and reffing allowed me to have a lot of time to self-reflect,” Mitchard said. “I think I appreciated that as I was kind of trying to navigate how I was feeling internally."

When Mitchard played hockey as a preteen it was pretty common to hear “gay” used in a negative sense as well as a derogatory term for the LGBTQ+ community. It was easier to dismiss those instances earlier on until he became more comfortable with his internal feelings and more confidently gay. That’s when it struck him on a personal level.

“You ever have that feeling when you buy a new car, you all of a sudden start noticing that same car driving down the street?” Mitchard said, adding that’s what it was like for him being gay and hearing those terms. “So when I accepted myself, I think I became maybe hyper-sensitive to those words.”

The homophobic language and culture didn’t change much as he reached his teenage years and it proceeded into his college career at the University of Iowa.

But over the course of his officiating career, Mitchard also saw change. When he reached the North American Hockey League, homophobic language was not allowed. At the training camps, Mitchard recalled everyone being on the same page, noting that this type of language was overused and needed to stop to help change hockey’s culture.

Eventually, it was there in black-and-white in the rulebook. Homophobic language was not allowed. For Mitchard, it was the beginning for him to feel more comfortable.

USA Hockey has a zero-tolerance policy again language that is offensive, hateful or discriminatory in nature anywhere in the rink before, during or after the game. 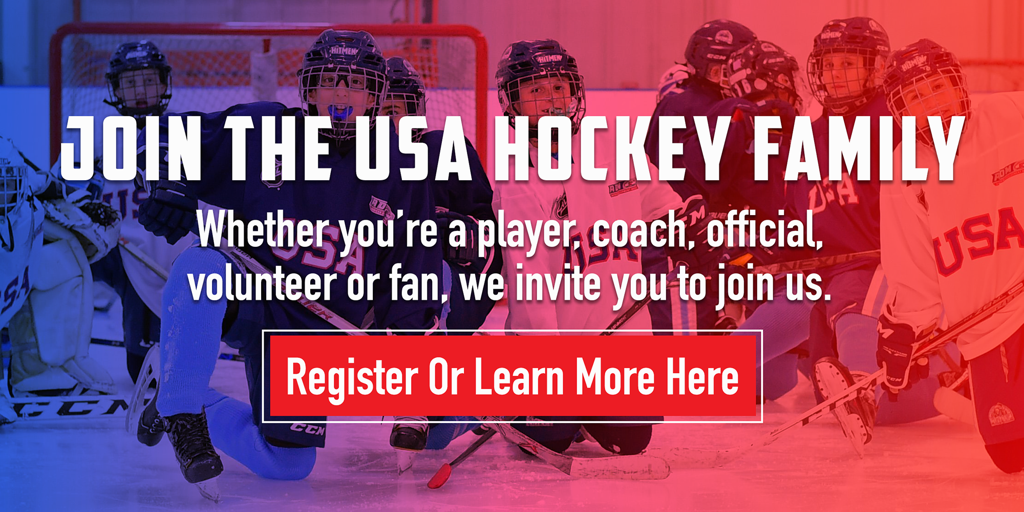 “To know that even the non-gay, straight people that are reffing alongside me in this program are going to enforce this rule,” Mitchard said. “It was a start to change this culture.”

Still, Mitchard acknowledges that hockey in general has more to strive for in this regard.

“Things like Pride Nights and rainbow logos are awesome,” he said. “But I think we still have a long way to go internally in the locker rooms, potentially coaching staffs and players to change that shift.”

He has also enforced the rule, remembering one game in a relatively quiet arena without many fans. A team captain aggressively used an anti-gay slur for everyone to hear, so Mitchard called a penalty. The call wasn’t because Mitchard, who wasn’t out at the time, was angry. The league allowed Mitchard to make it known through his work that language like that was no longer acceptable.

He simply removed the player from the game, just as the rulebook outlines.

Before the next hockey season, Mitchard was hanging out with some fellow referees. He remembers them asking another referee, who was out, about his boyfriend and when they’d get to meet him. Mitchard called the experience “eye-opening” because the questions weren’t targeted at a weakness with the goal of exploitation.

“It was just sincere care that he was just like everybody else,” Mitchard said. “And that was huge for me.”

It left no nervous tension for Mitchard to come out at that time.

Once Mitchard was out and posted about his relationship on Facebook he heard from other people, including some other referees, who came out to him. That meant everything to Mitchard, who had to step away from officiating in 2018 because of health issues. He’s helped mentor some of these people and help them navigate steps like telling friends and family.

“Not only was it reassuring of the friendship that I had built with these people prior to coming out, but it was then reassuring going forward that they had the trust within me to hold onto their potentially biggest secret of their life,” Mitchard said.

He wants other hockey players and referees who may be struggling with coming out to know that they are loved and respected.

“And it’s hard. It’s hard to believe that,” Mitchard said. “But hopefully my story can reach people that need to hear it.”