Lewis is the general manager of Houston’s Aerodrome, which began re-opening May 18

For nine long weeks, the doors at the Aerodrome Ice Skating Complex were closed.

But when Texas Governor Greg Abbott announced the second phase of openings around the state, skating rinks got the go-ahead. Aerodrome, which first shut down March 17, opened its doors again on May 18.

It was game on.

“It’s good to obviously start getting some normalcy back,” said Aerodrome general manager TC Lewis. “It’s just kind of a challenge that everything seems to change on an ongoing basis. So, what you put out one-day changes or some people are upset by it.”

Everyone has been met with challenges, but overwhelmingly people are just happy to be able to skate again.

Everyone is just rolling with the punches in this uncharted territory.

“My goal has always been we’re going to change rules on an ongoing basis,” Lewis added. “We will try to relax rules and it’s pretty much every two weeks we’ve relaxed the rules a little bit more.”

Aerodrome implemented guidelines for those entering the building and skating. Masks are required and there is an emphasis on social distancing.

Great to see more hockey coming back at the Aerodrome. The @HouWildHockey welcomed their players back with a red carpet...so players could walk from the car to the ice directly. Love it. pic.twitter.com/Gk0COluuua

The rink eased back into daily activities in the few weeks of reopening. Figure skating was allowed and drop-in for adult hockey players, as well as stick and puck for the younger ages filled the rink’s calendar. It was primary activities where everyone could practice social distancing.

“We started with a bang,” said Lewis, who has been a USA Hockey volunteer for 18 years. “Putting out stick and puck and drop-ins with limited numbers, we filled up right away. Then we would add another stick and puck or drop, then another. Every week we’d either add more players.”

When Texas allowed skating rinks to reopen, access to locker rooms was still barred. So, adult and youth players were asked to come to the rink fully dressed and ready to jump on the ice. Locker rooms are now back open.

Governor Abbott allowed adult hockey practices to get underway June 1, with games to commence two weeks later. But Aerodrome decided to wait until June 6 for its first practice.

What makes it a bit more complicating is trying to social distance while players are on the ice. Lewis and his staff continue to evaluate their programming to follow local health guides.

“How can you social distance and play games? So, we decided not to start them until July,” Lewis said.

During practices, adult players who are on the bench are sitting about stick length away from the nearest player.

“We try to limit the total number of players,” Lewis said. “The best-case scenario for us is roughly teams of say 10, 11, 12 tops, people. Five on the ice, five or six on the bench and we can mark off and social distance pretty well.

“On the ice, we had said, ‘Hey, look guys. You don’t need to get in peoples’ faces.’ There’s a gentleman’s agreement where if the goalie freezes the puck, you don’t get in his face, you don’t spray him with snow. When you disagree with someone on the other team, you’re not going face-to-face with them. I wouldn’t say we’ve changed any rules.”

Since some referees have taken part in adult practices early on, Aerodrome bought electronic whistles and has experimented with the use of those. It’s highly recommended the refs use the whistles, but it isn’t a rule.

“We started with masks on the ice for everybody, and I will tell you that was not well-received,” Lewis said. “Actually, Michael Stuart, the [chief medical officer] for USA Hockey, came out and said he doesn’t recommend wearing them for physical activity.

“The biggest challenge when we first opened was the mask. Then we relaxed that rule, and none have really been guided by the government, other than no locker rooms. We put in our own rules. We put out spacing — had a chair with an X on the floor, where here’s where you sit, here’s where you dress.”

Lewis and his staff decided instead of starting an entirely new adult hockey league season after coming back, it would jump back into the spring season schedule that was cut short due to COVID-19. The four leagues have different lengths — some are 12 weeks and others 16 — so they are at different points in their season. All the leagues should be wrapped up just before Labor Day.

As for youth hockey, Lewis conducted a Zoom meeting with coaches. Youth hockey games are able to start on June 15, but coaches are concerned that’s too soon. It was decided that games would be pushed back until July. 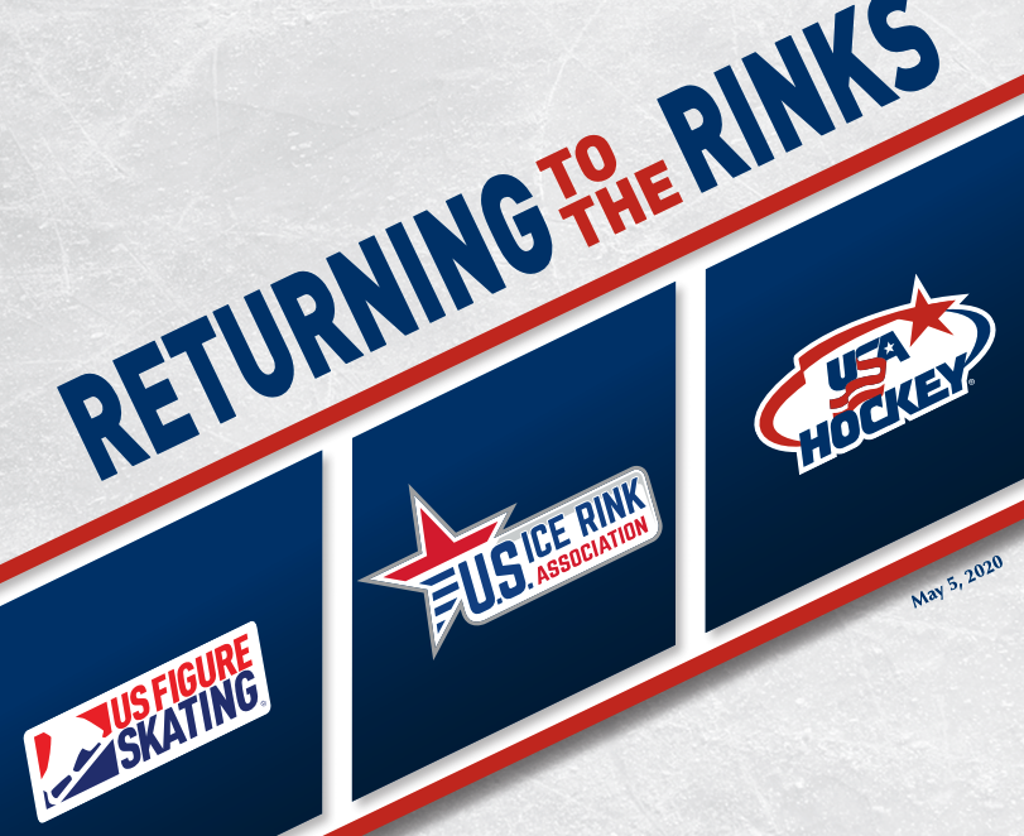 Return to the Rinks

Throughout the entire re-opening, Lewis has been in touch with a slew of rink general managers around the country. They talk frequently and are able to bounce ideas off one another, which has been extremely helpful.

“You don’t have to reinvent the wheel,” Lewis said. “You get good ideas from others on what they’re doing, how they’re doing it and so forth. I’m part of U.S. Ice Rink Association. They were very, very good in putting out some good info on how to reopen and how to keep people safe and resources.”

Lewis believes Aerodrome has turned a corner in helping its membership continue to enjoy hockey but be safe at that same time. That’s certainly what it’s all about.