As the second week of USA Hockey’s Annual Congress continues, a special Executive Director’s Hour: Discussion on Race & Equity and a Way Forward took place Wednesday evening for the organization’s volunteer leaders and staff members from across the country. The panel discussion was part of USA Hockey’s commitment to listen, learn and unite in an effort to make the sport more welcoming for all.

“Racism and inequality has been at the forefront of our national conversation,” said Pat Kelleher, executive director of USA Hockey, before introducing each panelist. “Racism exists in our society and it’s in our sport, and it’s critically important that we have these types of candid conversations so that we can contribute to helping hockey and our society advance.”

Before Kelleher passed the mic to Jackson to moderate the discussion, he further set the tone for those in the audience, “If you’re listening tonight to this presentation that means you are a leader somewhere across the country for USA Hockey. So, I ask for you to really let this sink in and hopefully take these conversations back to your parts of the country, and help us be better as a sport and as an organization.”

The conversation began by turning to one of Davis’ recent interviews where she spoke about transforming emotion into action.

“We have to start by standing in the moment,” shared Davis. “For eight minutes we watched a man’s life evaporate before our eyes. And what those eight minutes did, in my opinion, was reveal an ill in our society. A festering sore; an unresolved issue that has been plaguing our society for many years. That ill is racism. For the first time we said it out loud. We put it in a statement from the NHL perspective. 110 of our players stood up and said, regardless of their race, their background, their ethnicity, that this [racism] was wrong and it was time for us to do something different.”

Many of the panelists shared that the global pandemic has contributed to an environment with fewer distractions that have ultimately resulted in more time to reflect on racism.

“You want to absorb your place in all of this,” said Wheeler. “There’s nothing else going on right now. I think it’s the first time a lot of people have been able to examine where they fall in this. Seeing what part they’ve had in all of this, probably not even knowing it. For me, the last couple of weeks has been reflecting on that. I’ve been trying to learn, read as much and listen as much as I can. But the best thing I’ve been able to do is talk to people, specifically guys I’ve played with—black and white.”

This turned the conversation to the importance of allyship, what that means, and most importantly, how we can all become an ally.

The conversation then shifted to calling out the wrongs, which, as several panelists pointed out, can be challenging to identify because we must first realize our own implicit biases. Slavin, who is white, then shared a story about him and his wife adopting their daughter, who is black. He started to notice implicit biases and microaggressions throughout his everyday life, like while going to a candy store.

“One of the workers looked at my wife and went, ‘Oh, did you guys adopt her?’ Our daughter doesn’t look like us so she answers yes. And then the worker goes, ‘Was her birth mother on drugs?’. Why does she jump to the assumption that her birth mother had to be on drugs for her to be up for adoption?”

Slavin continued, “Our eyes opened once we adopted our daughter. We hate that it took until then to realize these things, but that was our starting point. We’re learning a lot every day and every week about all of these injustices that do go on.”

The panel explained that a central part of creating change is first addressing that there is a problem. This includes recognizing that racism is present within the sport.

“Growing up and playing hockey, racial slurs were used against me quite often,” said Brown.

“When I was called a racist remark on the ice, I came back to the bench and was super distraught and upset about it. My coach asks me what’s wrong. I told him…he took a time-out and calls the referee over. The referee says, ‘I didn’t hear it so there’s nothing I can do about it.’ This was a big moment for me, and it helped me walk that line in not wanting to quit because then my coach took the entire team off the ice. He said, ‘If you’re not going to penalize the player who did it, we’re not playing.’ That sent a message not only to their team, but to our team that it’s bigger than hockey. We’re learning more than just hockey. We’re teaching youth.”

Jackson went on to talk about the many USA Hockey members that are building their programs around creating community outreach to get more people of color involved in the game. She asked for all panelists to share their thoughts on the best way to invest in hockey within black communities.

“I first started picking up a stick and a ball playing street hockey,” shared Carter. “Before I could even skate, I learned how to play street hockey. That was my gateway into playing ice hockey. It was relatively inexpensive. I know I as I started to play ice hockey it became more expensive—it’s not the cheapest sport. But when people keep saying that to me, I keep thinking to myself that black people don’t have money. Black people DO have money…I think it’s important for us to make hockey welcoming to the point where people that have cash want to invest in the game of hockey and have their kids playing hockey and not other sports. Maybe it’s going into these communities and exposing them to street hockey first, and then maybe that kid catches the bug like I did.”

In wrapping up the conversation there was a call for advice and suggestions from the panel on how USA Hockey can be better on making hockey more accessible.

“Making sure that everyone feels inclusive. That is a huge part of it,” said Brown. “Allowing for more comfort when playing the game from a minority standpoint.”

Wheeler added, “Instead of just saying, ‘the guys playing at the highest level don’t look like me so I can’t play hockey’ and brushing it off, it’s powerful for players with the star power to continually facilitate these little dialogues so that slowly inclusion can grow.”

“I know for a lot of people from my generation—the boomer generation—that are white, they were taught to basically not see differences,” said Proudman. “Thinking that somehow, ‘I don’t see skin color and I treat everyone the same’ was often offered from a place of positive intent. The problem with that is when I don’t see who you are or your skin color, I actually don’t see you. It gets in the way of creating an inclusive environment.” 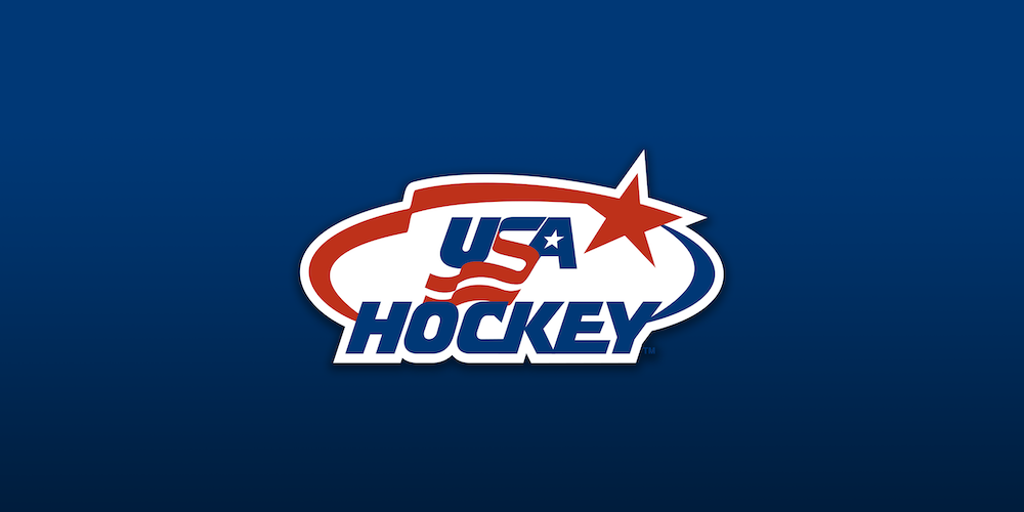