Many teams across the country had to hit ‘pause’ on their season as the coronavirus pandemic forced people indoors during quarantine. For the Oakland Jr. Grizzlies in Michigan, that meant hitting ‘start’ on a new season.

The EA Sports NHL video game series has been popular with hockey fans for decades now. The youth hockey organization saw an opportunity to connect parents and kids alike with NHL 20 during the offseason.

“One of the big things growing up was Sega in 94 and I hadn’t played since I retired, maybe NHL 12, and it used to be one of my favorite games,” said Jason Selleke, Oakland Jr. Grizzlies assistant hockey director and 10U head coach. The St. Clair Shores, Michigan native played college hockey at Ohio State University prior to a 10-year professional career. He has since coached and worked with the Oakland Jr. Grizzlies for the past nine seasons.

“I knew the kids loved playing because they would always talk about Chel, Chel, Chel and I never knew what that meant. I was wondering how do we keep these kids talking to one another and with all the technology and headsets, and we decided as a coaching staff to have a league.”

Selleke and his coaching staff put together a NHL 20 website for their team that included a schedule, standings and league information for all of the players and their parents.

Yes, parents. Many of the dads had also grown up playing the NHL video game franchise and picked up the controller competing against the 10-year old Grizzlies players.

“It’s pretty funny with 10-year olds, you would think you’d have an advantage over them as an adult in thinking the game,” added Selleke. “We definitely think the game better but the kids have the quicker thumbs and know which buttons to hit, and where the scoring zones are. You have dads searching online secrets of how to score and how to play D.” 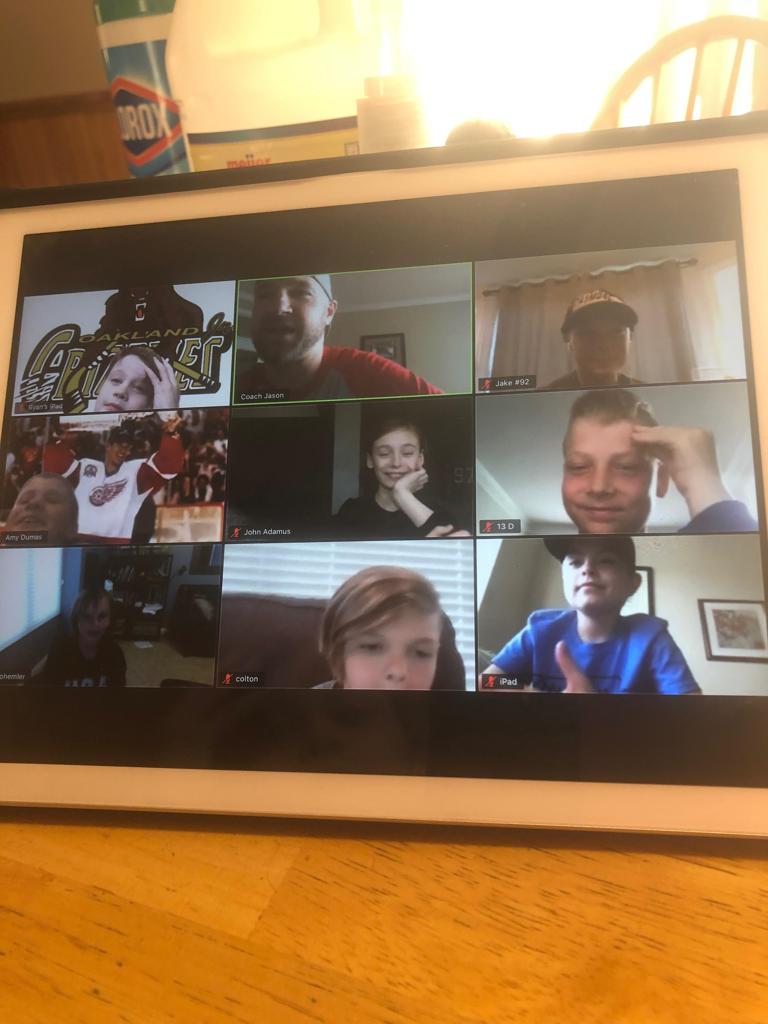 One of the dads playing, Ryan Colby, made it to the quarterfinals with his son. He mentioned how fun the first season was with his son and the rest of the team.

“The NHL 20 league we’ve been doing has been such a positive thing we’ve been doing. The kids get on their headsets and they’re talking,” said Colby. “They talk about the game they’re playing but they also catch up. Obviously, there’s a little smack talk, whatever that is for 9 or 10-year olds, but it keeps them connected to their team even though they’re all separated.”

The Oakland Jr. Grizzlies recently completed their first full season. Ultimately, the championship round was decided in dramatic fashion with Game 7 overtime in the best-of-seven series.

The organization is looking to begin its next season with teams made up of three players. The coaching staff has already put together a new website with schedules and standings. Teams are now a mix of talent based on the final single player standings.

NHL 20 wasn’t the initial focus of offseason for Selleke or the Oakland Jr. Grizzlies staff. They were searching for ways to connect with families and keep kids interested in staying active. Colby noted that outside of the video games, the coaches have also communicated physical activity challenges and inspirational messages. All of that has helped his son’s overall week, while balancing virtual school assignments and family activities.

“School has been about three hours a day, it’s not the typical 8 to 4:30,” said Colby. “Every week our coaches have been putting together an off-ice training plan, and part of that has been recording videos and he has mini competitions. He’ll practice that before the video for an hour or so a day, shoot some pucks and get him to do other things like a bike ride or walks, throw football or play basketball.”

Selleke noted that his players have made quarantine easy. He noted that kids now are smarter more than ever because of how much access to information they have. Many kids, even at 10-years old, are highly motivated and focused when it comes to setting goals and striving for success.

“A lot of these kids are motivated internally, if you give them a task they want to go outside and complete it,” said Selleke. “Every week we give them a new challenge so for this week it’s testing. They video in their challenge and we have posted times. All kids like competition and sport people are driven by the need to compete. It’s a way to keep the parents involved with the videos too. Every Monday we do a Zoom call to ask how their week went and maybe ask who their favorite player is, something fun for the kids.”

Selleke continues to look for creative ways to keep all of the family engaged, including trivia nights and parent happy hours. Many of the parents had grown accustomed to hanging out on Friday nights after practice and that tradition had continued.

That has been an important realization for many hockey directors across the country, seeing just how connected the hockey family really is. When a family registers their child as a USA Hockey player, much of the family begins to eat, breathe and sleep hockey too.

That’s what is missing in quarantine, the feeling of comradery and the joy that hockey brings their children. That realization hasn’t gone unnoticed by Selleke.

“Hockey brings the kids together but you’re learning it’s not do or die every minute,” said Selleke. “It’s more about seeing these kids smile and having them develop, there shouldn’t be pressure on these kids to be great. These kids want to have fun, they’re excited to come to the rink, and they don’t have to be perfect.” 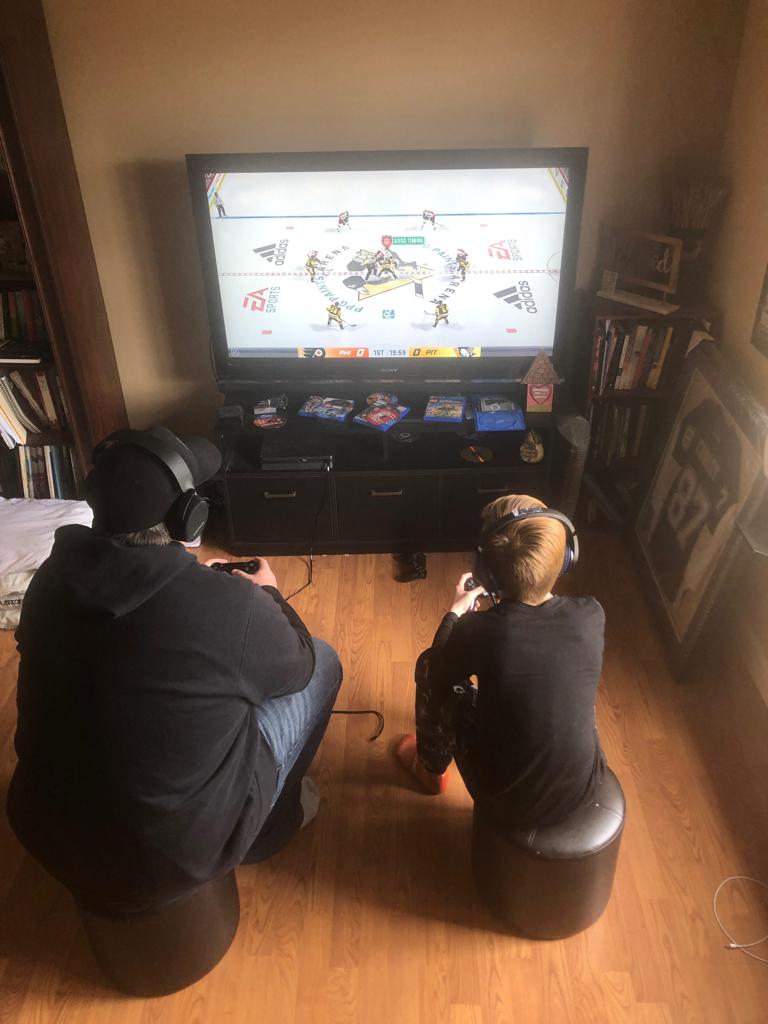