How Hockey “Saved the Soul” of Mikey Sexton

In the midst of leukemia diagnosis, 7-year-old Mikey discovered a love of hockey

How do you explain to a 7-year-old child they have cancer?

It’s a question no parent wants to be confronted with. But on March 14, 2018, Mike and Patti Sexton faced such a dilemma. That was the day their son Mikey, age 7 at the time, was diagnosed with chronic myeloid leukemia, a type of cancer that causes genetic changes to take place in red blood cells, platelets, and most types of white blood cells.

“My emotions and Patti’s were so out of control, we had to get ourselves in check before we could even attempt to explain it to him,” recalled Mike, a corrections officer near Albany, New York.

The Sextons, who live an hour north of New York’s capital city, took Mikey to the Albany Medical Center after he complained of not feeling well. A physical revealed an enlarged spleen, and doctors thought he could still be recovering from a case of mononucleosis from the year before.

It was only after conducting an ultrasound and blood test that Mikey’s white cell count was found to be in the 160,000 range, well above the normal average of 5,000.

“On the drive home, they called us and said his white count was elevated,” said Patti, a social work associate. “We’re like, ‘OK, what does that mean?’ They [said] he has leukemia.”

Doctors sent Mikey to Albany Children’s Hospital, where he spent the next week receiving IVs and various medications to help bring down his white cell count. Outpatient treatments followed for the next year before he and his parents were referred to Dr. Andrew Place, a pediatric CML specialist at the Dana Farber Institute in Boston. The Sextons immediately fell in love with the facility and staff and continue to take Mikey there for visits.

An avid hockey fan, Mike attempted to introduce his son to the sport as early as 3 years old. But things didn’t quite go according to plan.

“We had to bribe him with ice cream to go to practice every time,” Patti recalled with a chuckle.

Fast forward to 2018, while Mikey was staying at Albany Children’s Hospital. His room had an Xbox, which contained an NHL game. Mikey began playing with his dad, a Pittsburgh Penguins fan. He then began collecting cards of his favorite players.

“That’s when we started talking more about the players and the sport,” Mike explained. “It was March, so hockey was still on. We started watching some games, and Mikey just took off with it.” 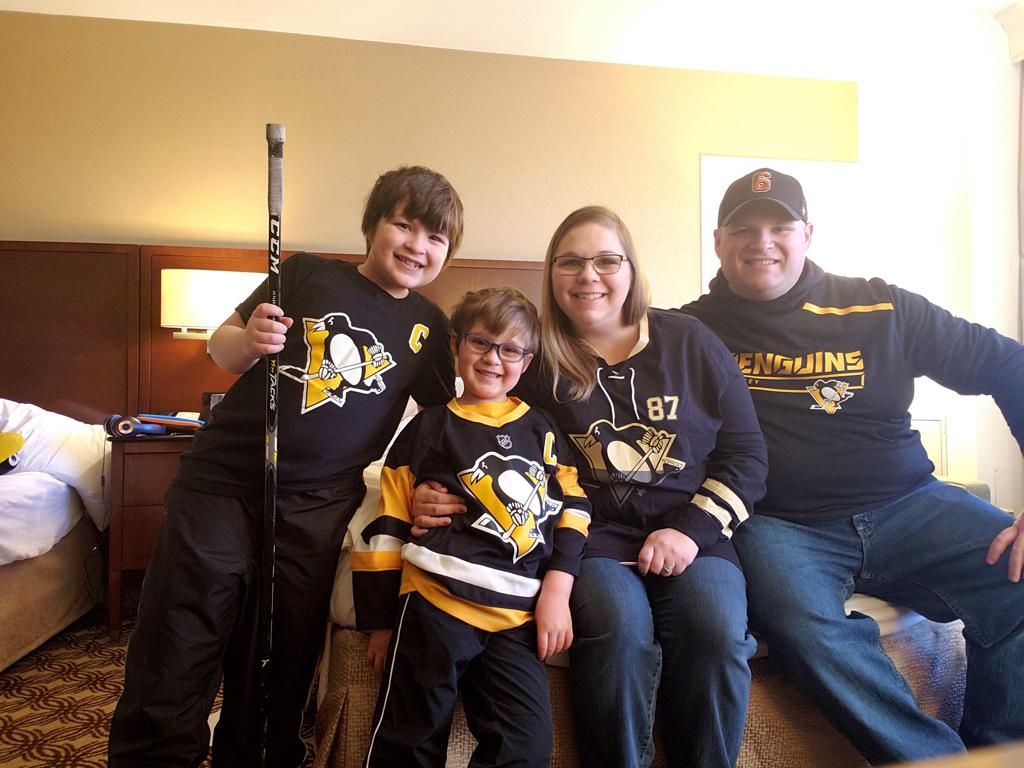 One day, a friend of the Sextons sent an article about Brian Boyle, an NHL player who was diagnosed with the same type of leukemia as Mikey after signing with the New Jersey Devils in 2017. Boyle, now with the Florida Panthers, was able to return to action later that season following treatment and was honored with the Bill Masterton Memorial Trophy for his perseverance and dedication to hockey at the 2018 NHL Awards.

“Mom, he plays hockey,” Mikey told Patti after reading the article. “That means I can play. I want to play hockey.”

The game soon became Mikey’s passion. He began playing for the Adirondack Youth Hockey Association on a 10U team when the season was canceled due to the coronavirus pandemic.

“He’s always ready to listen, and he’s got the heart,” said the team’s coach, Mike Rohne. “I got into coaching to make sure kids had fun and love the game. He’s definitely ahead in that category.”

Like his father, Mikey became a Penguins fan. His ultimate dream is to be an NHL goalie, preferably for his favorite team. Ask him what he thinks it will take to get to the highest level, and he ticks off the list without hesitation. 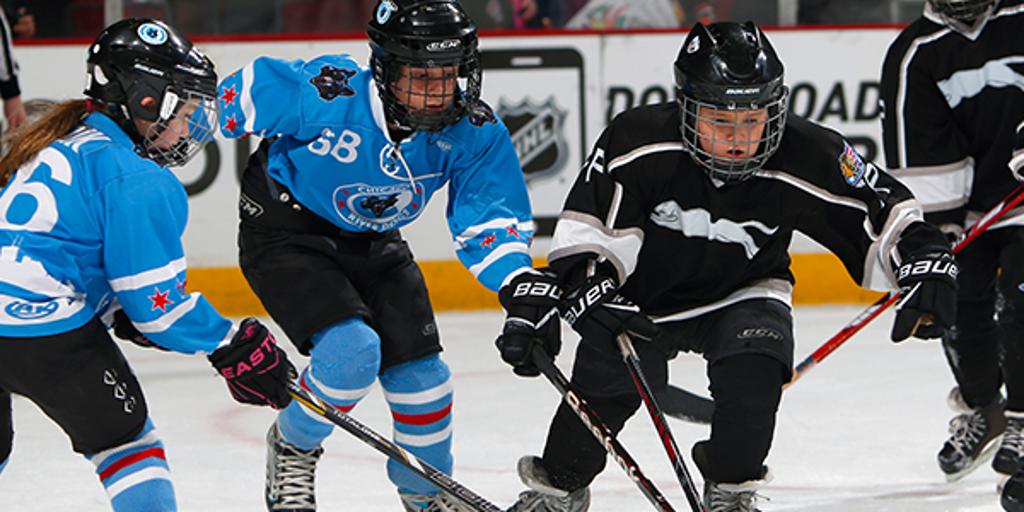 With the help of the Make-A-Wish Foundation, Mikey and several other kids took a trip to the Penguins practice facility for a meet-and-greet this past February. The kids got to have breakfast and practice with the team, complete with their own locker containing hockey gear. Penguins general manager Jim Rutherford held a press conference and “signed” Mikey and the others to a one-day contract.

The biggest thrill came during practice, when Sidney Crosby showed Mikey how to flip a puck to fans in the stands.

“It was mind-blowing, crazy,” Mikey said. “A lot of people came and cheered me on.”

Two years after his diagnosis, Mikey is thriving. Mike and Patti drive him to the Farber Institute every six months for checkups and blood work. The side effects of his treatments are manageable, and since the medication isn’t traditional chemotherapy, he hasn’t lost hair or dealt with a compromised immune system. He now faces a new challenge: dealing with the downtime caused by the pandemic. There are no get-togethers with friends at school, no trips to the park. Worst of all, there’s no hockey to play or watch.

The silver lining, Mike says, is the family is spending more time together, and has become closer. Through it all, Mikey has learned to roll with the punches and meet each obstacle with the same tenacity he applies to hockey. The shutdown has not diminished his passion for the game. If anything, it’s made him hungrier to get back on the ice.

As Patti put it, “The medicine saved his life, but hockey saved his soul.”