From Texas to Carolina, The Cotton Brothers Are Back Together Again

The brothers both signed contracts with the Carolina Hurricanes last month

Brothers Jason and David Cotton want nothing but the best for each other, in life and in their hockey careers. But they’re still competitors and they still want to win. That was evidenced early on when they were kids playing hockey in the backyard of their Texas home.

“Things got a little testy,” said David, who’s now 22 years old. “I got him up high with a stick, cut his face. I think he still has the scar today.”

Yes, 25-year-old Jason confirmed that there’s still a little scar as a memento from years ago. But he didn’t hold a grudge, and this spring the brothers did something not many have the opportunity to do: they signed NHL contracts on the same day with the same team, the Carolina Hurricanes.

David, a sixth-round draft pick by Carolina in 2015, signed a two-year deal, while free-agent Jason signed a one-year contract on March 24.

Many hockey players look forward to the day they can sign that first NHL contract, of course. Being able to do it with a brother adds another element for the Cottons.

“Doing it side-by-side is … I don’t think many people get that opportunity,” David said. “So, I think that just made it all the more special.”

David spent the past four years playing for Boston College, racking up a career-high 24 assists and 39 points as a captain this season. He played in 148 of his team’s 150 games over four seasons, scoring 57 goals and 127 points.

Jason, a 6-foot-3 forward, was a Hobey Baker Award finalist this year with his 20 goals and 37 points in 34 games as a captain with Sacred Heart. He was named Atlantic Hockey Player of the Year. 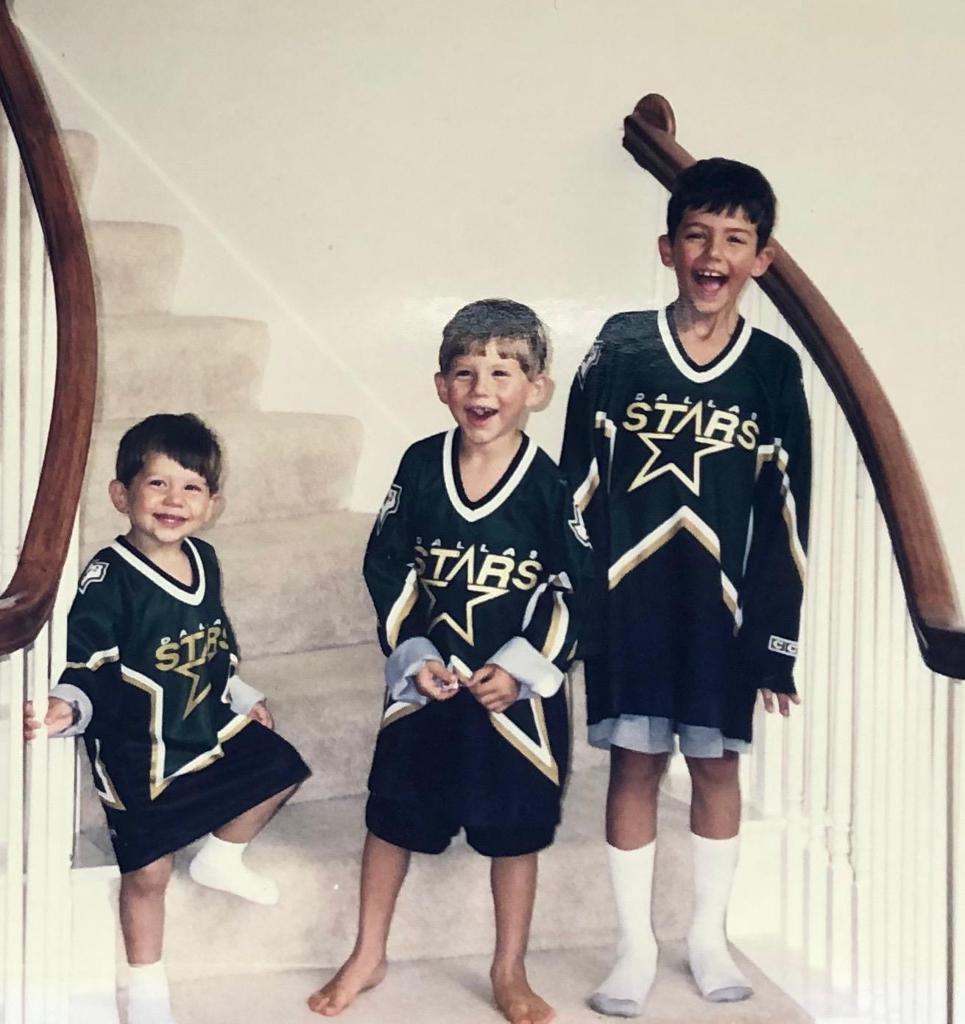 Prior to their college hockey careers, David played for the Waterloo Black Hawks in the USHL, America’s only Tier 1 junior hockey league, while Jason played with the Tri-City Storm and Youngstown Phantoms. The brothers overlapped USHL play during the 2015-16 season, with David boasting regular season rights as Waterloo advanced to Clark Cup Playoffs.

Growing up in Parker, Texas, outside of Dallas, the brothers recalled how much hockey exploded in their area after the Dallas Stars won the Stanley Cup in 1999. Ice rinks popped up, and hockey became a popular sport for youngsters to try. It was actually their older brother who ventured into the sport first, with both the roller and ice versions of hockey. He loved it, and their parents loved it, so David and Jason followed suit, according to David.

They played other sports as kids too, but were always drawn to hockey and just felt comfortable heading inside to a hockey rink. 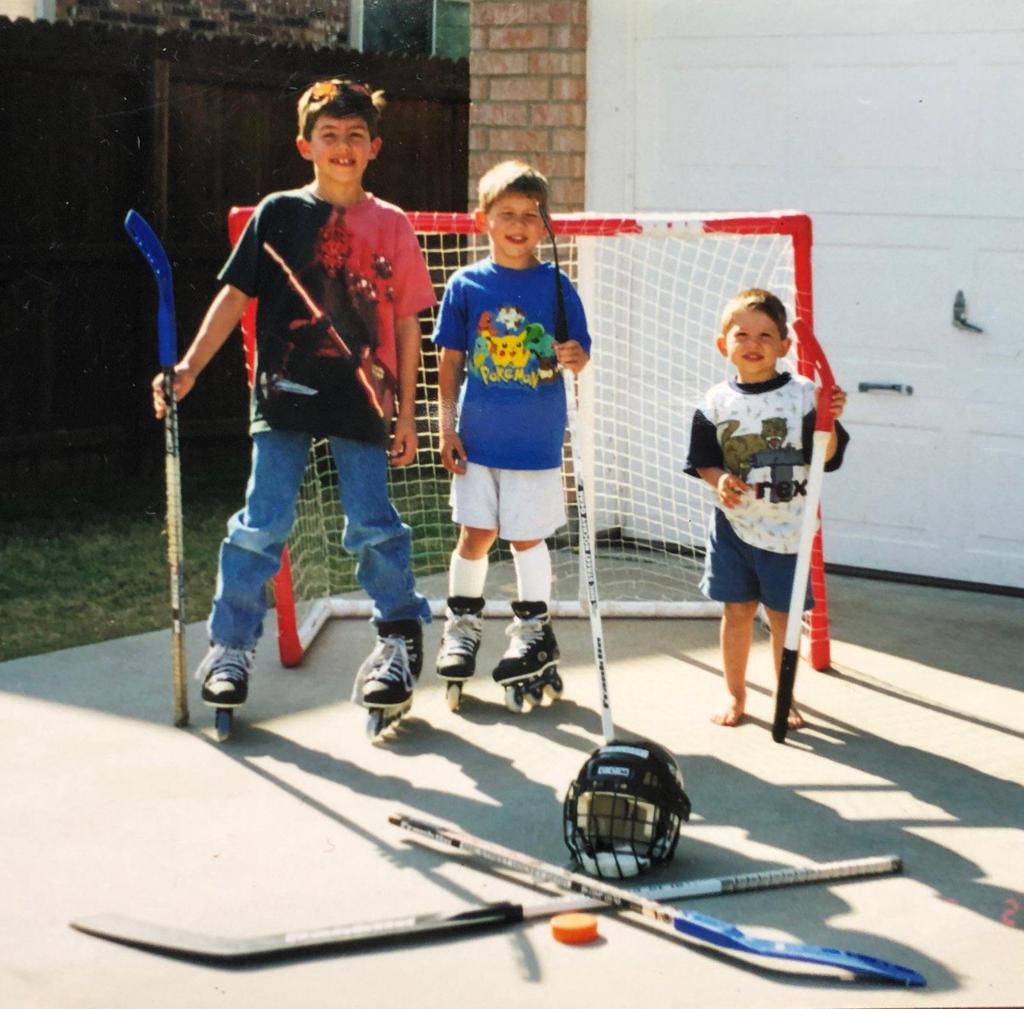 “Once we started playing, you couldn’t really take the sticks out of our hand,” David said. “Our parents took note of that and just kind of let us run with it.”

Texas was a place where hockey players rarely made it to play junior-level hockey, but in recent years it has turned into a bit of a hockey hotbed with players moving up the ranks and playing in the NHL, according to Jason.

“We’re fortunate enough to be the ones to continue that trend,” Jason said.

Older-brother Ryan lives in California and was playing video games with his brothers in the same party chat when David called him with the news that he and Jason would be signing with Carolina the next day. The call was “totally nonchalant,” Ryan recalls.

“They’re very gracious and humble in how they go about their business,” Ryan said.

“They could not have had more different paths to get there,” Ryan said. “So many different stops along the way.

Ryan said he’s extremely proud of his brothers, inking their NHL deals on the same day.

“They haven’t always found success at every stop, but that hasn’t ever deterred them from quitting.”

Skating and speed are Jason’s biggest assets when it comes to his game, he said. He added that he can bring a lot to a team when he’s playing at top speed and playing with confidence. And whether it’s school or hockey, Jason is always extremely committed to his craft, Ryan said.

“He sets his mind to something, he’s going to go for it,” Ryan said.

David described his play as a power forward game. He noted how both him and his brother can use their size to their advantage getting into the dirty areas around the net.

“It’s hard to knock us off the puck,” David said. “I think we both take pride in that.”

They’re also taking pride in being able to finally be part of the same hockey organization as they prepare for their first camp this fall.

“It’s exciting to even get an opportunity like this, and to do it with David is…you can’t really explain it,” Jason said. “It’s just unbelievable.”

They’ve supported each other from afar during their hockey careers so far, often texting each other and hoping to see their brother’s name when checking boxscores at night. Whether it’s success or going through adversity, it will be great to have each other to lean on every step of the way as they start their professional careers, according to Jason.

It’s fun for them to remember those early hockey memories they have with one another as they make their way into a new chapter, together.

“We were just little kids in the backyard 15 years ago, and now we’re still doing the same thing,” David said. “I think that’s the most special part about it is you can reflect back on that.

“Now we can continue to make those memories together.”