Beadle worked with USA Hockey from 1980 to 2018, serving his last 27 years as vice president and chair of adult council

John Beadle realized most people’s dream of retiring relatively early from his day job at the age of 54.

He and his wife, Maureen, got a second home in Venice, Florida, to step back and enjoy their retirement years. But Beadle didn’t slow down, at least in his volunteer work with his favorite sport — hockey.

Beadle started with USA Hockey in 1980 — just a few months after a miraculous gold-medal run by the U.S. Olympic Men’s Hockey Team. The Lansing, Michigan, native moved up the organizational chain and spent his final 27 years as USA Hockey vice president and chair of the adult council, deciding in 2018 to not seek re-election.

When Ashley Bevan, USA Hockey’s senior director of adult hockey, started at USA Hockey 22 years ago, Beadle was a major influence in the organization and Bevan saw his impact right from the start.

“He helped lead the way in adult hockey in terms of innovation, forward thinking as well as really understanding what it takes to grow adult hockey because it is so unique and very different from youth hockey,” said Bevan.

When Beadle first started volunteering with USA Hockey, he recalls there were 25,000 adult hockey players. When he left 38 years later, there were approximately 180,000.

“With all the things we accomplished, it felt really good,” said Beadle, who retired in 1997 after 34 years at General Motors as a manager of product engineering. “I was very, very gratified, but it wasn’t me alone. I had a great council with a lot of vision.”

Beadle, now 77 years old, never would have thought his USA Hockey volunteer opportunities would have spanned so long. 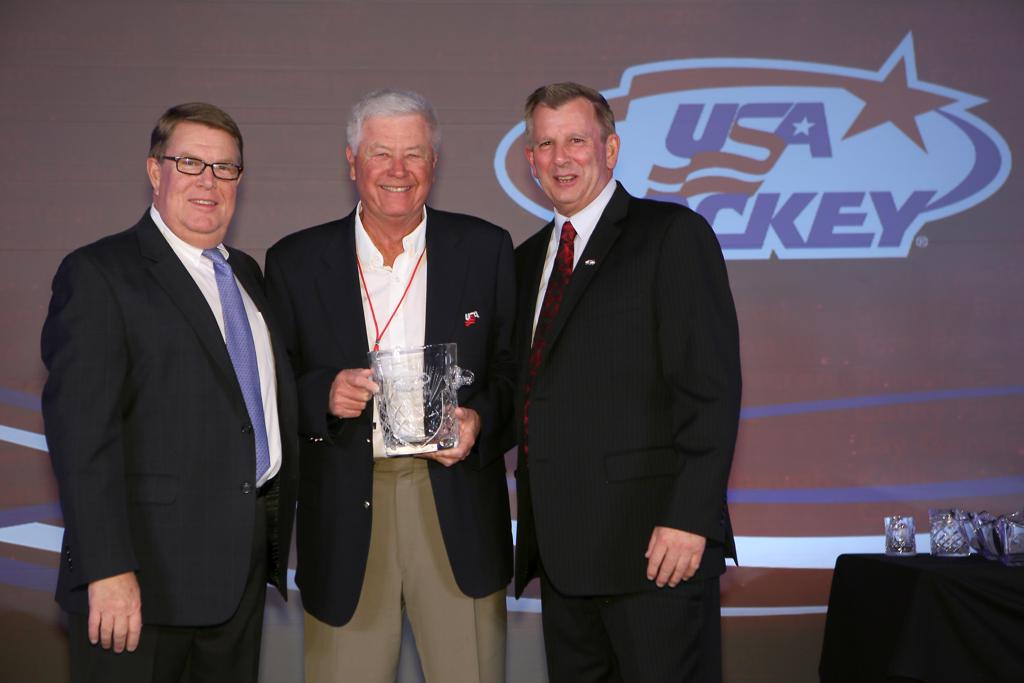 He got into hockey in 1973 when his son took up the sport. Two years in, a parent who was the coordinator for 8U hockey in the local East Lansing youth league asked Beadle if he was interested in the position. Beadle agreed to be the coordinator and was also quickly asked if he wanted to take over an open spot on the board. He was later asked to represent Lansing at the state level.

“All of a sudden, he said, ‘I’m also a director for Michigan. Would you mind filling in for me some of the time?’” Beadle said. “I said, ‘Yeah.’” 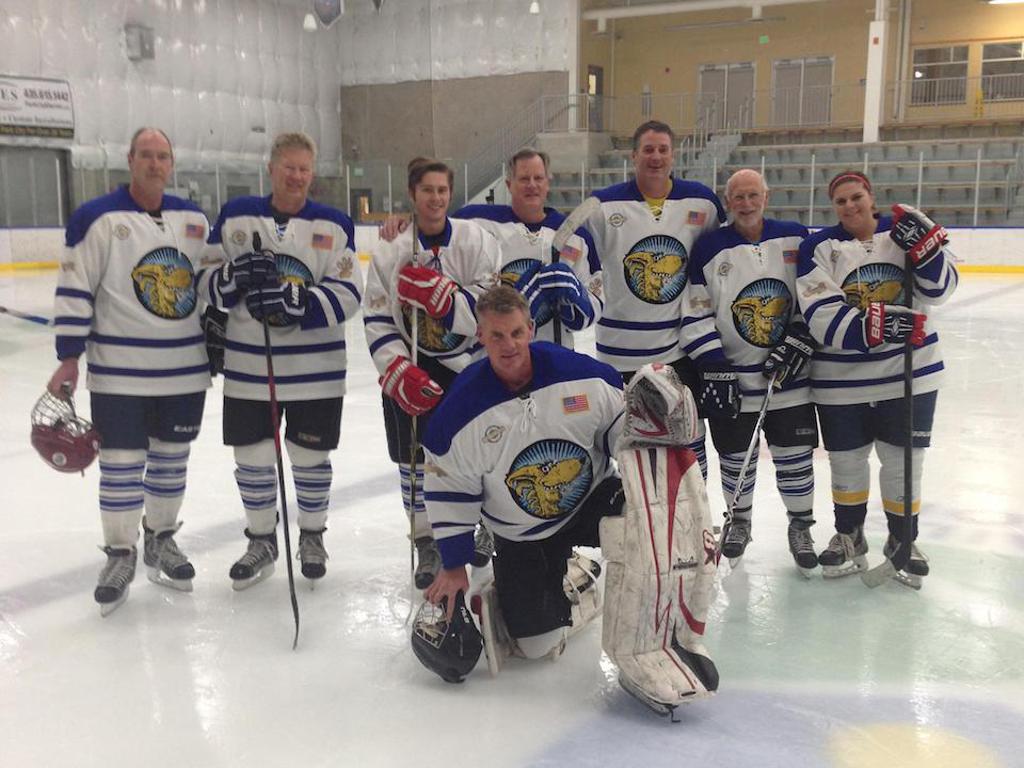 In ’91, Beadle became a USA Hockey vice president and chair of the adult council. He held those positions until 2018.

Back in the early ’90s, the adult section was a shell of what it is today. There wasn’t really a support staff, but as USA Hockey started up adult classic tournaments all around the country, the team grew.

“Those started growing the program, because the big thing was we gave them a hat every time they went to one of these classics — a nice USA Hockey hat,” Beadle said. “They’d take it back to where they play hockey and guys would say, ‘Well, where’d you get that hat? Well, I played in this tournament. I’m registered with USA Hockey.’”

Beadle also played a role in getting the USA Hockey Pond Hockey National Championships started. The first tournament was supposed to be held in Minnesota, but warm weather forced it to be shut down. In 2006, Beadle helped pick out the ideal location for the inaugural tournament.

“Don Kohlman [president of the Wisconsin Amateur Hockey Association] came up and said, ‘I’ve got the spot for you, John,’” Beadle recalled. “And he said, ‘Eagle River [Wisconsin].’ So, we went up in the summertime and we looked over the facility and Ashley [Bevan] and Scott [Aldrich], I gave them the green light. ‘Go do it.’ And they put it together and it’s grown over the years. It’s unbelievable.”

Last February marked the 15th annual national championships in which 280 teams participate with between four and seven players per team. The event sells out in minutes each summer after registration opens.

“The adults were a totally different environment,” Beadle said. “They wanted a safe playing game, because they’ve got to go to work Monday morning. It was a different game. We had to adapt our council on a lot of things to take care of the adult player or customer, however you want to look at that, so that they wanted to continue to play the game.”

In 2000, Beadle helped start Serving the American Rinks (STAR), now known as U.S. Ice Rink Association. It is a non-profit national membership organization for individuals, facilities and vendors in the rice rink and arena industry. Beadle served as the first president of the organization for over a decade. Pat Kelleher, who is the current USA Hockey executive director and was originally hired by Beadle, helped launch STAR.

Beadle, now a USA Hockey director emeritus, recently learned the organization was changing the name of its Adult Member of the Year award to include his namesake. USA Hockey President Jim Smith called Beadle to let him know about the honor.

“It’s pretty gratifying,” Beadle said. “But how Jimmy put it, 50 years from now when you’re dead — we’re all going to be dead — your name will still be there.

Beadle’s name will live on with USA Hockey forever, and for great reason.