It’s Game On for AHA with New eHockey League 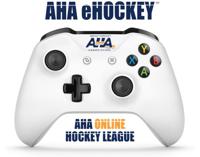 The widespread coronavirus has brought the world of sports to a standstill, including adult hockey.

One organization, the Adult Hockey Association in Minnesota,  has decided to play on. They are offering a creative way for employees and members to stay in the game during these challenging times with an eHockey League. It is open to all AHA players, their families and anyone interested in participating.

“We were all missing the social interaction after we had to wrap things up, and honestly, needed something to do,” said Dave Swenson, executive director of the AHA. “We started searching for ways for our 3,000 members to stay connected and keep them in the family. We knew about Formula One doing simulators and figured, let’s try this.”

The best part of the new league? It’s free and no hockey equipment or ice time is required. To compete, players need an Xbox One or PlayStation 4. Each participant is responsible for registering and their own technical set-up. From there, the operation is fairly similar to how AHA runs its on-ice programs, complete with a regular season and then a seeded tournament to crown a champion.

“We’ll make sure players are playing at the right skill level and set up the season. Games [of EA Sports NHL 20] typically take about a half-hour or so. Every ‘match’ will consist of a two-game ‘home and home’ series. We’ll record the outcomes and use our existing infrastructure to post schedules, stats and standings on our website,” said Swenson.

“The nice thing about eHockey is it’s portable,” Swenson added. “We don’t have to be dependent on ice time. We don’t have to schedule referees or scorekeepers. So administrative costs are low. We’ll even have virtual post-game ‘parking lot’ activities, because we know this is about more than just hockey. It’s about camaraderie.”

Swenson had no idea what to expect when they launched the concept in late March, but the initial response has been extremely positive. One week after including a mention of the league in an email to members, more than 80 players signed up. Swenson projects roughly 100 players and 24 teams will be registered for the inaugural season, including youth players, who are welcome to participate. Additional seasons will be dependent on interest, and given the digital structure, a second season could start after the first is completed or run simultaneously.

“The intent is to keep cranking them out as we create teams,” he said.

Staying Connected with Our Hockey Families

Being able to connect with family and friends around the game during this unpredictable time is music to the ears of hockey-starved communities across Minnesota. Swenson suggested the eHockey League could possibly continue even after social-distancing conditions are lifted. The end result could be an even greater interest in the sport, thanks to this innovative, resourceful way to experience it.

“We aren’t looking for a pat on the back. We look at this as a public service,” said Swenson. “There are lots of stories in our league about 15-17 players thrown on a team who don’t know each other and end up being best friends. So, we’re doing our part to make sure they can stick together. Then after a while, we can come out and play real hockey soon. As Minnesotans, it’s in our blood.”