The viewing of sports on television changed forever in the 1960s with the introduction of instant replay.

Kenny Rausch, the director of youth hockey for USA Hockey, recommends an interesting approach to young players watching hockey games while trying to learn more about their sport.

“We’re all watching pucks,” Rausch said. “In those instances where a puck is coming to someone, maybe press pause and say, ‘What’s the next play? What do you think they’re going to do?’”

Learning how the sport’s best approach certain situations, then testing themselves to see how well they think along with the pros, is just one way young players can continue to work on their game, even during a time when they cannot be with their teams on the ice.

Rausch took time this week to discuss with USAHockey.com the ways in which young players can develop their own game through watching broadcasts.

USAH: What should kids at various age levels be looking for while watching hockey games on TV?

Kenny Rausch: Up until about the 10-year-old level, because of what we know from sports scientists about child development and the functions of the brain, they don’t retain a whole lot. I would say, up until about 10, kids should really just be watching to enjoy the game and get the passion of the game and become fans of the game. We know that later on in life, if you don’t love the game, you don’t have a chance of becoming a world-class player. Not that it’s all about becoming a world-class player, but kids have to love the game to keep playing. As kids start to get some executive motor function in their brain, they should start to watch not just to be a fan and to watch what’s going on, but also to be a student of the game. They should be watching for habits of great players, how goals are scored and where breakdowns occur. They should watch away from the puck and not just follow the puck like an average fan might.

KR: One of the things kids can do is take notes and learn to break down the game as far as scoring chances for and against. How do those scoring chances occur? Is it offensive zone play? Did it happen on the initial rush? As students of the game, they will start to realize what situations produce scoring chances and how breakdowns occur defensively. Defensive-minded players will learn how to correct those breakdowns. Offensive-minded players will learn how to exploit them. One of the things I did a lot when I coached college hockey is I not only watched my own team and other teams, but something that is very helpful is the NHL Network or NHL.com. Each morning, you can watch every goal that was scored the night before in the NHL in a matter of a minute to three minutes at a time. You start to see patterns. 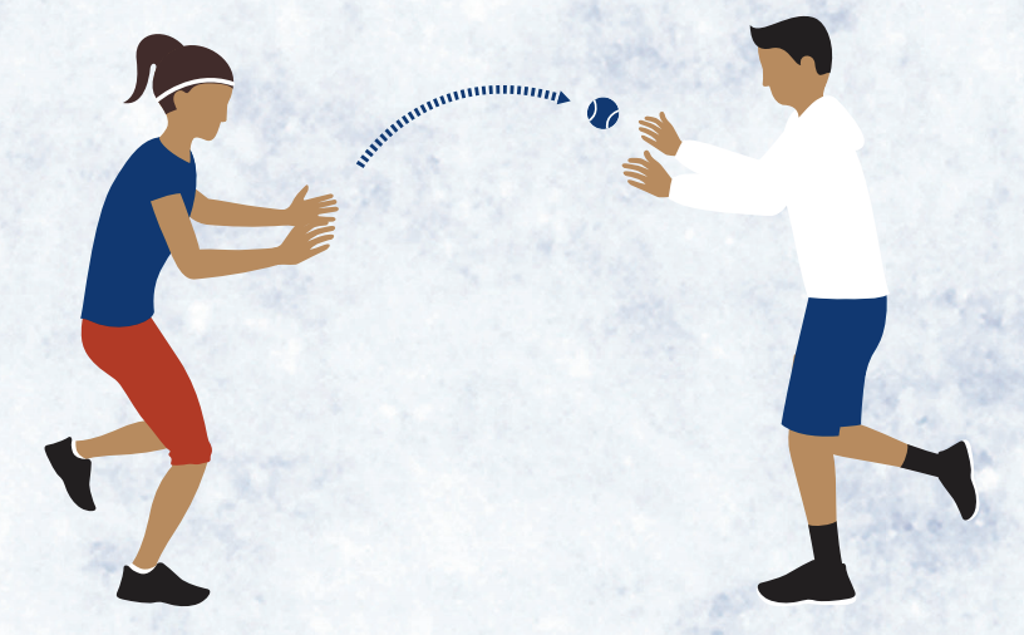 KR: They can really do the same things, but it’s probably going to be the first time they’ve taken a critical look at themselves. You can look at it twofold. You can look at it on the broader scale as far as how the team is doing in creating opportunities and denying opportunities. Then, you can look at yourself. Watch your own play, particularly without the puck. We know that about 98 percent of the game, you don’t have the puck. You’re going to see how you’re performing in certain situations, things you might have done differently to help create offense, or to deny offense if you’re on the defensive side of the game.

KR: Watch the great players of the game. Auston Matthews, Patrick Kane, whoever a kid may have as a favorite player or thinks is the best player in the game. Watch the habits that they have. What separates players from one level to the next is those habits. Do they overhandle the puck in tight situations? Do they make bad reads? Those types of things are what separates players. When you go, say from 14U to 16U to 18U to junior hockey, players keep getting better and better. When you get to a certain level, say you get to be a college hockey player, everybody is pretty talented at that level, but it is the players who have the better habits, the better work ethic who will advance to the next level.

USAH: What else could players watch that might help them? What are some resources out there in current circumstances?

KR: The NHL Network is still showing games. They’re just not games that happened last night or are occurring live. You can still watch games on the NHL Network and you can still find highlight clips on social media. Those are great resources.

One other thing is not just watching the game, but listening to the game. That includes listening to how much players at the highest level are communicating with each other. On NHL games, one of my favorites as a broadcaster is Eddie Olczyk. I think he does a phenomenal job. Don’t just watch a game. Listen to some of the things that Edzo is talking about. He’ll talk about something that is happening away from the puck and what a different player might have seen and how things occur. It’s not just watching, but listening as well.

USAH: Do you have any other personal favorites as far as games to review?

KR: I’m around the game so often that I just enjoy good games, period. I’d like to be selfish and say I’d like to go back to college and watch some of our championship games that I was fortunate enough to be able to be a part of at Boston University. I don’t have those right at my fingertips. I just scroll through. I’m a fan of all sports — I’m constantly going through Major League Baseball Network, NFL Network, NHL Network. One of the games I watched the other night was the Kirk Gibson 1988 Dodgers-A’s (World Series) game. Some may not see the correlation to hockey, but I played baseball growing up through a year in college. Baseball is one of those sports where you’re taught to think of before every pitch, ‘What will I do if the ball is hit to me? What are my options? What’s my second option, my third option?’ We’re trying to teach youth hockey players to think the same way, but things are happening so much faster. As that pass is coming to you, can you scan the ice and think, ‘Here’s option one, here’s a second option, here’s a potential third option.’