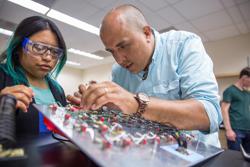 While much of each semester is spent in his research lab or in the classroom, Cal State San Marcos (CSUSM) physics professor Justin Perron has a standing appointment after he leaves school one night a week. Every Wednesday (and, well, sometimes again on Sundays), Perron puts his quest to teach quantum mechanics on ice in favor of his first love – hockey.

“I’ve been playing hockey as long as I remember,” said Perron, a native of Dundas, Ontario, Canada. “I have photos of me playing on ice in the backyard when I was around 2 years old.”

Perron developed into a 6-foot-2 blueliner who would double-major in physics and math at SUNY-Oswego while playing 64 games for the Lakers. He first joined an adult league while working toward his Ph.D. at the University of Buffalo, and has played ever since while doing post-doctorate work at the National Institute of Standards and Technology (located just outside of Washington, D.C.) and now in Southern California.

“I may consider how the physics of how certain things that happen in hockey work, but it’s not like I’m actively trying to derive equations explaining how to shoot better or anything,” he said with a laugh. “I don’t intentionally or meaningfully incorporate the two, but it’s a way I can talk about my personal experiences as a way of relating to theirs.”

Hockey offers a way to build bonds away from the classroom, too. With a variety of leagues and skill levels available, the sport is as much about culture as it is competition, which helps make hockey accessible to everyone – even scientists like Perron and his colleagues.

“At last year’s American Physical Society’s annual meeting (held in Boston), a bunch of us actually organized a game over Twitter,” Perron said. “We ended up playing at Harvard one night during the conference. It was a lot of fun, and I met hockey-playing physicists from not only North America but the rest of the world.”

Perron says the quality of play in SoCal is strong.

“There may not be as many really good teams here as there may be in areas where hockey is more common,” he added. “That being said, there are a lot of really talented players with college, junior or professional experience – definitely enough to fill a league or two with quite good hockey.”

Perron said it’s not uncommon for one team to set up a barbecue in the parking lot and invite all the teams playing that night to hang out after the game, something he and other players look forward to despite lengthy or late-night commutes to and from the rink.

“The best thing about adult hockey for me is just the community,” Perron said. “I’ve moved a few times, and I’ve joined an adult league team in each new city I’ve traveled to. Everyone playing in these leagues has some similar interest or experience that makes it just an easy and natural way to find people you get along with.

“There are leagues around for people trying hockey for the first time all the way through lifelong players,” he continued. “That’s been the easiest place to meet new people and establish some local friendships. I can’t see anyone not loving it once they get into it.” 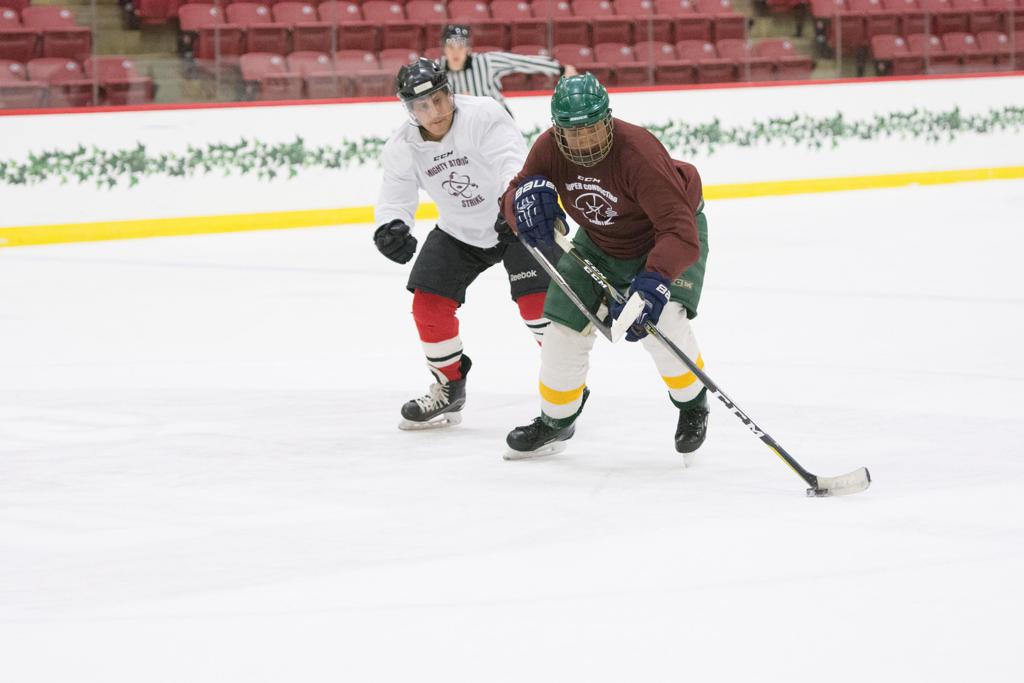