EAGLE RIVER, Wis. – There are a number of places around the country that host pond hockey tournaments, and they all do an outstanding job in their own right. But ask anyone out here this weekend and they will tell you that Eagle River, the self-proclaimed “Snowmobile Capital of the World,” is synonymous with pond hockey.

And that is due in large part to the efforts of one man, Don Kohlman, who even nine years after his passing remains a beloved figure not only among Wisconsin hockey people, but fans of the game around the United States. 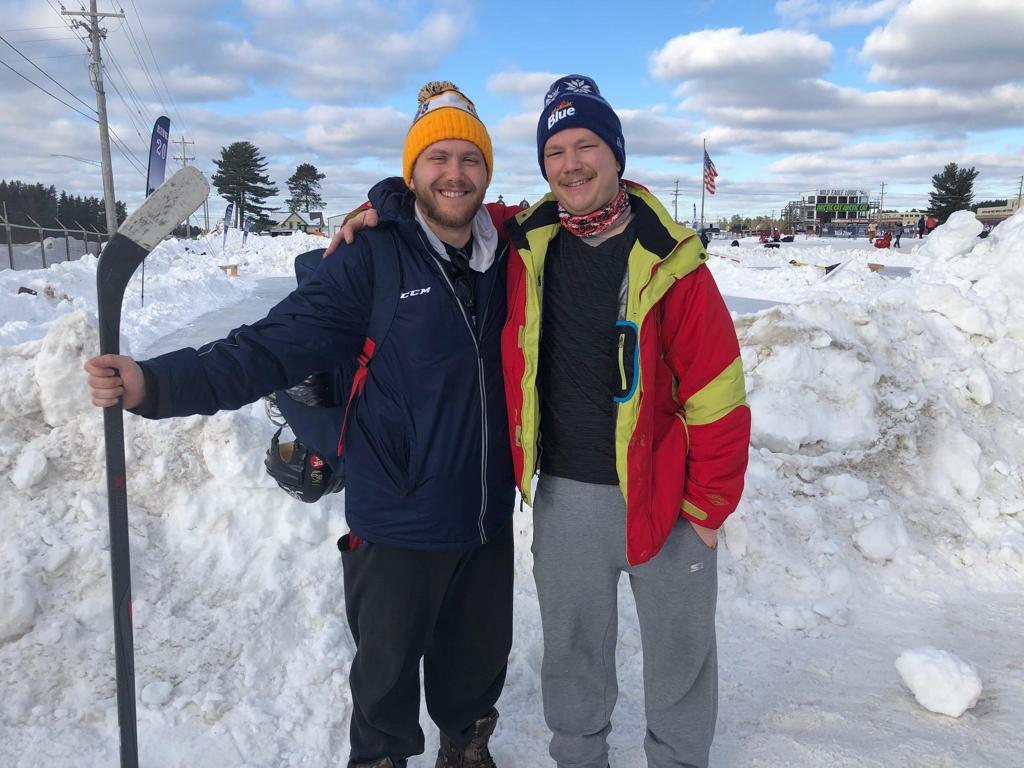 Back in 2004, when USA Hockey’s Adult Council was looking to get on the pond hockey bandwagon, it was Kohlman who spoke up and said he knew the perfect place to host such an event. Was he ever right.

“I wish Donny was around to see it. He would have a huge smile to see how this event has grown,” Don Mulder said as he watched close to 2,000 players file through the World Championship Derby Complex for the 15th annual Labatt Blue/USA Hockey Pond Hockey Championship.

Mulder first met Kohlman in 1982 when he was serving as the president of the Waupun Hockey Association and Kohlman was a director with the state association. Over the years the two built a deep friendship based on a simple premise – it’s all for the kids.

Many of those kids have grown up and remain in the game, thanks in large part to events put on by USA Hockey’s Adult Council, of which Mulder is the chairman.

“I was the luckiest guy in the world in that I had the two greatest mentors you could ask for in Don Kohlman and [Bud Sheldon],” said Mulder, who continues to mentor the next generation of volunteers. “They taught me so much about dealing with how to run programs and how to run tournaments and basically what was best for the kids.”

Two of those kids who have grown up in the game and are regulars at the pond hockey tournament are Kohlman’s own grandsons, Conrad and Tyler Acheson. The brothers remember spending months in Eagle River during the summer months and regularly returned each winter to watch the tournament, which is typically held on Dollar Lake.

“Playing in this tournament is always special for us because we get to honor the memory of our grandfather,” said Conrad.

“It’s important for us to keep his spirit alive,” Tyler added.

Conrad was 15 and Tyler 13 when the first pond hockey tournament was held in 2006. They were still in high school but would come up to watch and help out where they could. Once they were old enough they became regulars competing in some of the toughest divisions in the tournament.

This year the brothers are competing with the Eden Hall team in the Intermediate 21+ division. They have won their first three games in the preliminary round and will face the No ReGretzky’s on Sunday morning.

Cheering the brothers on is a large contingent of relatives, including Kohlman’s widow Pat, daughters Jackie and Ruth and sons PJ and John

“Playing in this tournament is about more than just hockey,” said Tyler. “It’s also a chance for the entire family to get together.”

They also acknowledge what it means for the town to have more than 2,000 people here in the dead of winter, spending money and bringing home stories of the northern Wisconsin hospitality.

“This is really important for the town,” Conrad said. “It really helps them get through the winter.”

“This is about more than just pond hockey for the town,” Tyler added. “It’s about the spirit of the game and bringing back a little old-school nostalgia.”