From youth hockey to the pros, all eyes in the state are on the Twin Cities this weekend

The now three-day event celebrating the sport in the “State of Hockey” culminates on Saturday with an entire day of hockey from all different levels televised on the local Fox Sports North TV network.

The big day concludes with the NHL contest between the Minnesota Wild and the Dallas Stars, facing off at Xcel Energy Center at 8 p.m.

Of course, the Wild will be playing outdoor in next year’s Winter Classic at Target Field, as was recently announced by the NHL, so they’ll get their chance to play outside soon enough.

For this event, the outdoor games are being played on a rink built on the Augsburg University baseball field inside Parade Stadium, which is next to the Minneapolis Sculpture Garden at Parade Park, featuring a beautiful view of the nearby downtown Minneapolis skyline.

“It’s really a way to celebrate hockey culture and the heritage of hockey in Minnesota,” said Guy Gosselin, USA Hockey’s American Development Model (ADM) regional manager for the Midwest area that includes Minnesota. “It’s something that’s innate at this time of the year, people are enjoying the sport so much, whether playing or being a fan. It’s a big deal this time of year in Minnesota. Skating outdoors, it’s just something we do and it’s part of our lifestyle in Minnesota, and it’s a great way to celebrate it. They put together a neat deal with the high school games.”

Over the years since it was started in 2007 by the Wild, Hockey Day in Minnesota has been held in different cities around the state. This is the first time it is in Minneapolis.

“It’s a very centrally located park that they turned into the outdoor facility,” said Gosselin, who played for Team USA in the 1988 and 1992 Olympic Winter Games and coached the 2018 U.S. national sled hockey team to the Paralympic gold medal in PyeongChang, South Korea. “This is really popular and they usually get a fantastic turnout, wherever they put these outdoor games. And they’ve had them all over Minnesota. It’s a neat atmosphere.” 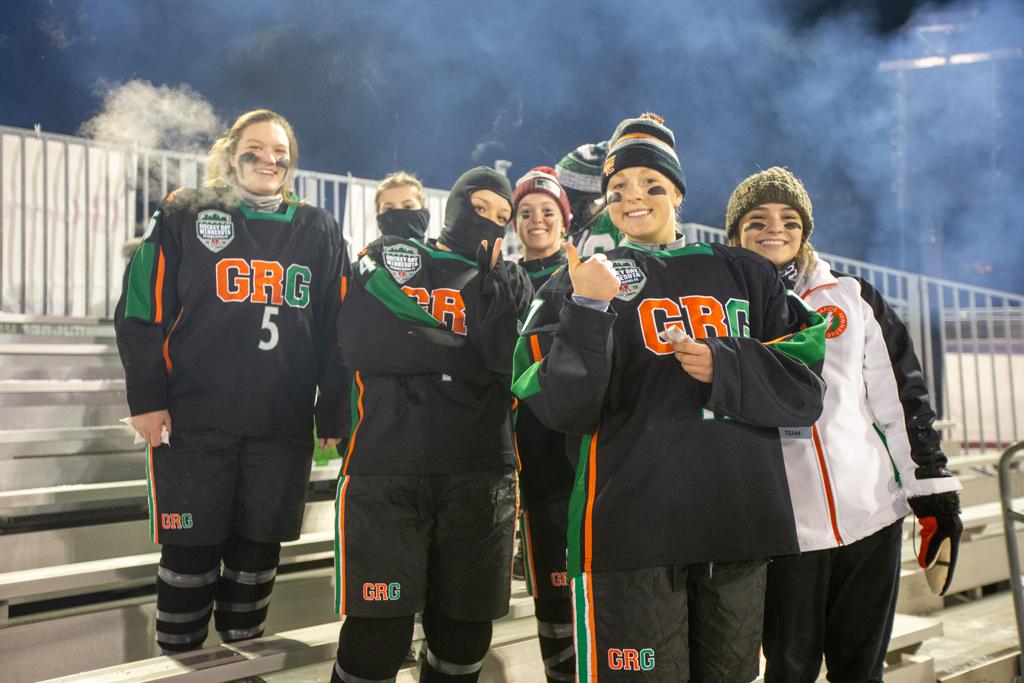 Besides the opportunity to play a competitive game outdoors, the chance to play on TV also makes the event a huge deal, especially for Minnesota’s high school kids.

“This is something these kids look forward to all year, knowing that they’re going to play in the outdoor game and it’s going to be televised,” said Gosselin, who grew up in Wisconsin but played collegiately at Minnesota-Duluth before embarking on a six-year professional career. “Same thing with the state tournament. It’s just a way of life, and if you ever get a chance to experience something like that, you’ll never forget it.

“It’s a neat culture. People just take the day to take it all in and celebrate it. It’s hard to explain, but when you have a culture like that and a unique thing going on, just like any other sport that’s popular in any other area — people love to celebrate it and they’re happy to be involved, and they’re humble and thankful.”

But as unique as Minnesota’s rich hockey culture is, Gosselin believes that just about any hockey community could put on a celebratory event like this and create its own traditions, just like Minnesota has.

“This is showing that they put their kids first,” he added. “You can create whatever kind of culture you would like with the passion, and that’s what they’ve done. USA Hockey is made up of volunteers and when you’re passionate about something and you get some time and you give back to the kids, it’s just a great feeling.”

While USA Hockey doesn’t have a direct role in the festivities this year, Gosselin points out that the organization’s influence on the proceedings is definitely being felt.

“In the past, we’ve provided clinics, assistance in money, outdoor practices or whatever, wherever we’re needed,” Gosselin said. “Minnesota Hockey does a great job with their kids and they’re one of the leaders in the field as far as player development. In numbers, they’ve just done a fantastic job of promoting the game with kids. There’s a huge amount of support.”