Moore left NTDP for USHL's Chicago Steel in 2018, hired by the Marlies earlier this month

Moore, a former player and assistant coach with USA Hockey’s National Team Development Program, turned a successful run with the Chicago Steel of the United States Hockey League into an in-season promotion to head coach of the Toronto Marlies, American Hockey League affiliate of the Toronto Maple Leafs. Moore moved to the professional level after less than one and a half seasons with Chicago.

Before joining the Marlies in his full capacity, Moore spent two weeks with the Maple Leafs, familiarizing himself with the organization’s approach. While settling into his new position, Moore took time to discuss his recent job change and his thoughts on coaching with USA Hockey.

USA Hockey: What excites you most about this new opportunity with the Marlies in the AHL?

Greg Moore: I’m excited to join an organization that has a progressive mindset in the field of development and how they treat their athletes. I’m excited to be a part of a process that is in line with how I envision my coaching philosophy on how player development works. And, just moving up to a higher level to push myself as a coach and to better myself within a profession that I’m very passionate about.

USAH: Can you explain how you handled these last two weeks, how you’ve handled this transition phase? What did the Maple Leafs have you doing and how has that brought you up to where you are at right now?

GM: The first two weeks since I took on the position, I was with the Maple Leafs, working alongside [head coach] Sheldon Keefe and their staff, observing and learning the inner workings of how the organization operates — the details and style of play within their team. I was just getting a better understanding of how they do things here. Then [Dec. 16], I joined the Marlies here for my first week of practice with being on the ground here with the club in the American League.

USAH: Within that, being a top affiliate of an NHL team, you may have to do things the Maple Leafs way in order to have your players as ready as possible when they are called upon for that next step. Is that particular phase of the job a new experience for you?

GM: Yes and no. Having played at this level, I understand what the dynamics are in terms of the organizational process and the collaboration between the two levels. I haven’t coached at this level, so there are some things that I’m learning about the process, but nothing that surprised me or was out of the ordinary from what I expected. 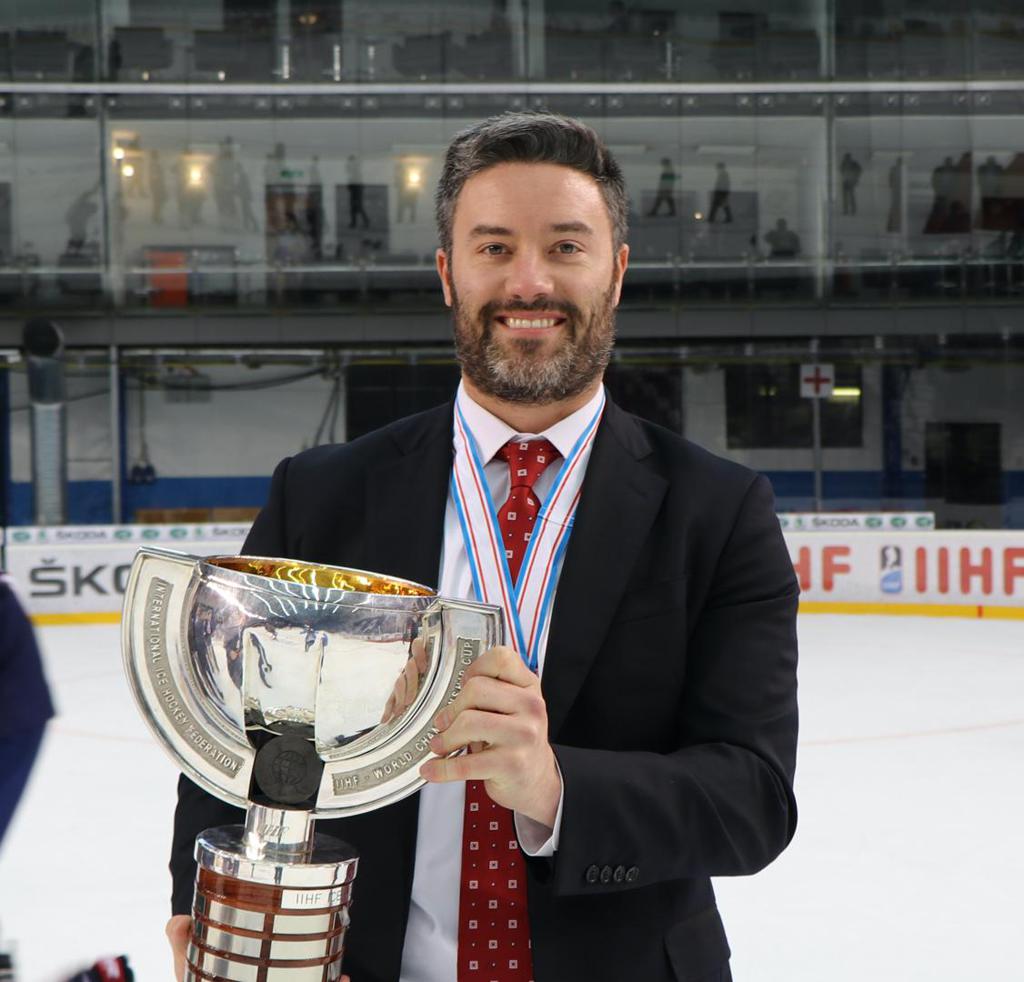 Moore (assistant coach) poses for a photo after the U.S. claimed the 2017 IIHF U18 Men's World Championship in Poprad & Spisska Nova Ves, Slovakia.

USAH: What did you learn during your time at the NTDP as an assistant that you applied as a head coach with the Chicago Steel?

GM: I think one really important item they do well there is culture, breeding a mindset and creating an environment for the kids to kind of take ownership of what they’re doing. It’s about developing the person first and the athlete second.

USAH: When you did move on to the Steel, what was your biggest surprise serving as head coach there and is there anything you learned from that which will apply on the professional level?

GM: I think when you step into a role as a first-time head coach as I was with the Steel last year, you just have to get used to the management of your staff and the people around you, compared to being an assistant coach where you are more following what is needed to be done day-to-day. You’re not overseeing as much. The experience with the Steel as a head coach has prepared me for a bigger jump. I’m just adjusting and getting used to all these moving pieces and the resources. I feel as though everyone has been really helpful to get my feet under me and get started this week.

USAH: Do you anticipate some changes going from coaching younger players to professional athletes?

GM: There will definitely be differences. I think coaching different age groups, you have to coach them in different ways, person-to-person and the group as a whole. There will be some feeling out process and getting used to what that is and making sure there’s a level of respect when coaching men at this level, at the professional level.

USAH: What is your best advice to aspiring coaches who dream about having a professional career one day?

GM: Have a growth mindset and be open to change, open to learn from anybody who is in the room around you, regardless of experience or age. Don’t feel like you have everything solved or figured out. Always look forward to the next thing and look ahead to change yourself in how you approach your craft.

USAH: What goes into building a team culture? What are some of the most important aspects for making players the best version of themselves within the team concept?

GM: One hundred percent caring about the individual as people before athletes, connecting with them on a human level, respecting them on a human level and helping them become better people on and off the ice. Typically those habits, that lifestyle, will translate to them building better habits, better details and better play on the ice.

USAH: As a player, you skated in the Under-18 World Championship, World Junior Championship, four seasons in the NCAA with Maine (including one as team captain), and seven years professionally. How did you see the game change over the years and what did you learn from coaches that you still use today?

GM: I would say more when I was at the U.S. program and when I was in college and even early years of pro, there was more of an emphasis on structure and X’s and O’s and how to do that, how to defend. I would say it’s not that defense isn’t emphasized, but it’s more communication and teaching on the offensive side of things and what those concepts are, whether its defenders joining the rush or five players moving organically in the offensive zone. Parts of the game are becoming more just five guys on the ice and not just forwards and defenders. That has been a progressive push in the last five to six years. I think that’s been one of the biggest changes.

USAH: What do you think coaches should focus on now that is maybe different than what coaches have tended to focus on?

GM: I think every coach should focus on culture first and foremost over what their details over, over what their systems are with the details on the ice. I think we play team sports to build and grow and learn life skills that you can carry on for the rest of your life whatever it might be in work or finishing playing. I think that’s the biggest value in why we enjoy doing what we do. Culture and building the habits and the routines molding people you work with every day, first and foremost is the most important that we should focus on more than styles of play and details on the ice. 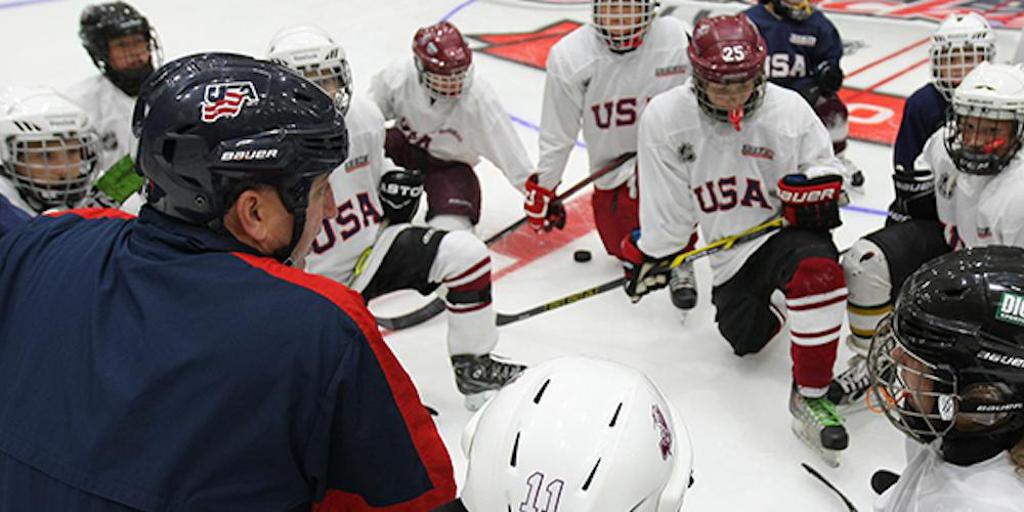