5 Tips to Develop a Scorer’s Mentality

Every kid that plays hockey wants to score goals. However, going beyond improving their technique and shooting buckets of pucks in the driveway, players who want to put the puck in the net need to develop a scorer’s mentality.

Talent isn’t the only requisite to score goals. Oftentimes it comes down to a willingness to get into tough areas on the ice — especially around the net.

“Players have to not be afraid to drive the net,” Mulligan said. “There's no other way to score a lot of goals. If you're blessed with size and strength you can just blow your way to the net but you have to be willing to go there and mix it up.”

However, you don’t have to be the biggest, strongest player on the ice. Players who are smaller can use other attributes to put the biscuit in the basket.

“If you're smaller you can use that against the bigger defenseman by getting low and using your center of gravity,” he said. “The game's changed. In the 80s, if you went to the net you were going to get two-handers across the back. They've taken that part out of the game so the faster, smaller guys have an advantage now going to the net.”

One way coaches can instill grittiness around the crease in practice is by adding a second puck at the end of offensive player versus defender drills. Rather than ending a 1-on-1 or 2-on-1 after an initial shot, coaches can pass or shoot a second puck on net to create a battle in front of the net. This can activate and develop hockey sense.

If a coach tells a younger player to go to the net, he or she might go to the net without a second thought and run right into a defender. When players attack the net without the puck, it’s important for them to go there with a plan and find areas where defenders can’t interfere in passing lanes or block a rebound. It’s also crucial for attacking players to keep their hands free and sticks available.

“Hockey is a game of movement,” Mulligan said. “Not all of it has to be with your skates, but your stick has to move, presenting an opportunity to receive a pass or rebound. How you maneuver in coverage and how you keep your stick free and available is important to offense in general.”

Driving and setting up just outside the far post (i.e., if a shot is coming from the right side, going to the left post) is a great spot to teach players to go. A large percentage of rebounds careen to the far post and it’s a great place to pick up garbage goals.

“By learning to go there — which is usually a soft area the defenseman is going to let you go — with your stick on the ice, you're going to score goals.”

Allowing for players to stop in front and try for a second-chance opportunity on rebounds will help twofold. It encourages the habit of going to the net with a purpose and also forces goaltenders to try to control rebounds or follow their rebounds to try and make a secondary save.

Sometimes, especially as goaltenders get older and more advanced, it’s better to have a quick shot release than pinpoint accuracy. A blend of the two — think Auston Matthews — is ideal, but coaches can preach shooting before the goaltender is totally set. 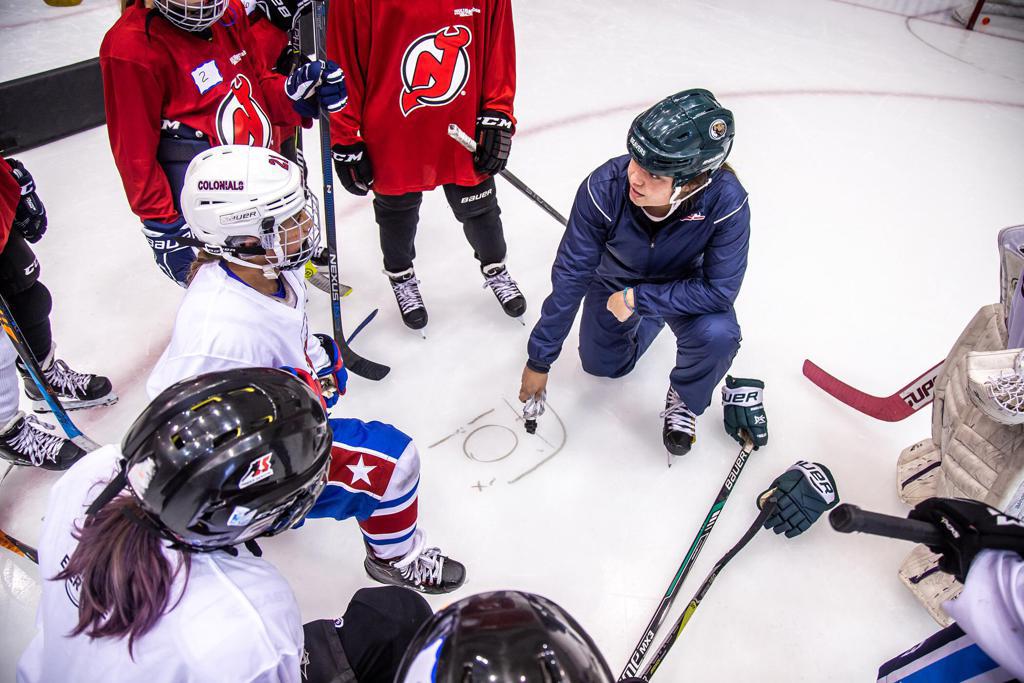 “If you can get a shot off quicker you can force the goalie to commit to something before he or she really wants to, where the goalie is actually throwing themselves toward the puck,” Mulligan said. “As opposed to taking your time and picking your spot, now it's really trying to blow the fastball by. The goalie is set, you’re set, and you’re both going to see who's going to win this stare down.”

Mulligan encourages players to think of it as “missing the goalie” rather than always trying to pick their spot. Players also need to be prepared before the puck even gets to them.

“It's too late just to get the puck and then get your body turned sideways or get your hips turned around,” Mulligan said. “You've got to open up and present an immediate shooting stance.” 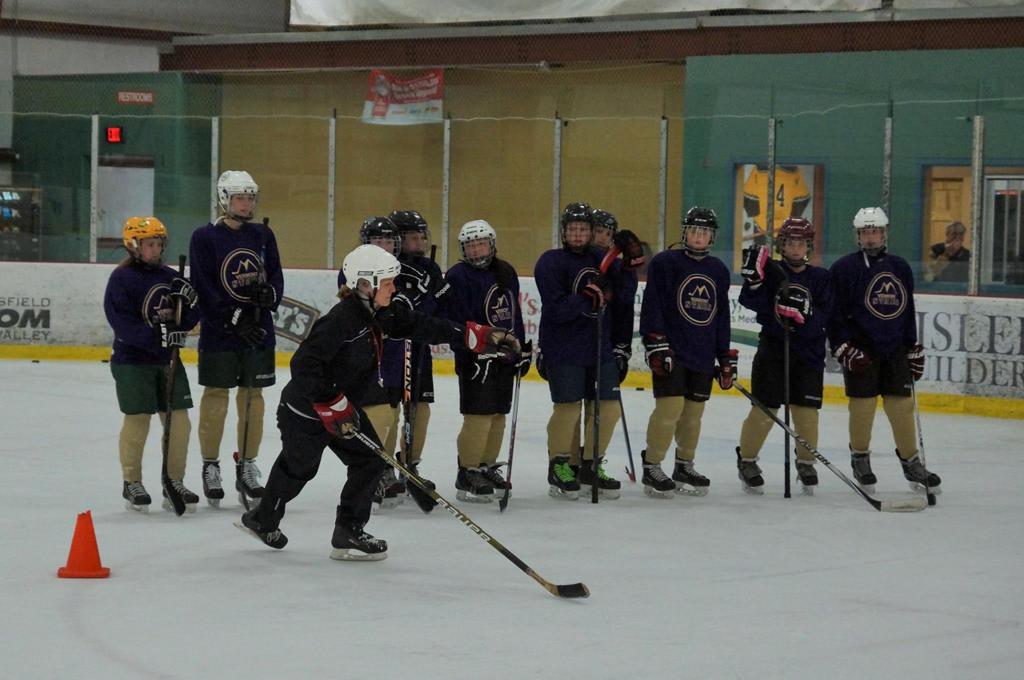 At the younger ages, you’ll see players come down the ice and miss the net, followed by a coach barking, “Hit the net!” What comes the next time down the ice is predictable: the player buries it into the goalie’s belly out of fear of missing the net and getting the coach’s wrath.

Of course, he’s not talking about missing high and wide by 20 feet. Mulligan said that incentivizing drills with a scoring system or encouraging competition is a good way for players to improve amongst teammates.

“You get rewarded for a shot that had the potential to score or you know is off the post, but you don't get points for hitting the goalie in the middle of the chest,” he said. “If you're going to run the drill four or five times, a goal you might get five points. If you hit the goalie in the middle of chest you lose three points. If you miss but not by a lot you get three points. The kids will keep track and as soon as you make something a competition they now start to try.”

A lot of times, the inhibitor to goal scoring is confidence.

But in order to gain confidence, kids need repetition and development of the scoring skillset.

“The scorer’s mentality is one that has confidence,” Mulligan said. “Great goal scorers don't show up in front of the net and then decide what they want to do — they've already decided that a long time ago and they work and they work to that end, whether it's working on their shot, on their technique or on their go-to move.”