Martel wins the award in its inaugural year

The United States Olympic and Paralympic Committee named Ken Martel Coach Educator of the Year today as part of its announcement of annual award recipients for supporting coaches of the year in 2019.

"It's truly an honor to receive this award," said Martel, technical director of the American Development Model at USA Hockey. "It really means a lot to be included in such a great group of individuals who dedicate themselves to bettering their sport."

The USOPC Coach Educator of the Year, which was awarded for the first time ever, is presented to a Team USA mentor who has furthered athletes and sport by promoting the ideals of the American Development Model.

Martel's efforts to promote collaboration between the USOPC, National Governing Bodies and other sport organizations has helped grow the ADM across the country, benefiting athletes of all ages, skills and abilities and changing the American sport experience for the better. 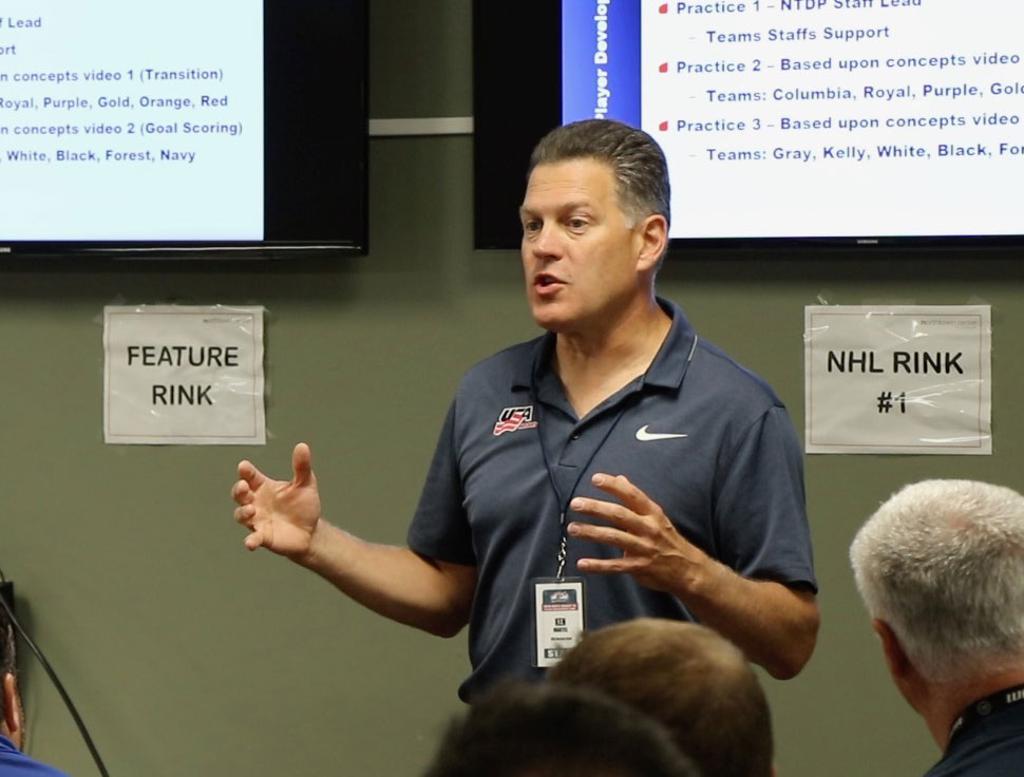 Notes: National Governing Bodies nominated their 2019 coaches of the year as part of the USOPC Coach of the Year Recognition Program. Winners were then determined by a USOPC selection panel ... For more information on USA Hockey's American Development Model, click here.