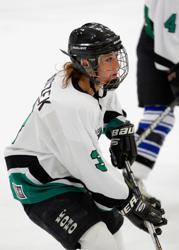 For former college hockey players like Nadia Raczek (St. Olaf College) and Bree Doyle (Niagara/Plattsburgh State), the love of the sport did not fade once their final seasons on campus were over.

That’s where adult leagues, tournaments and can’t-miss events like the Labatt Blue/USA Hockey Pond Hockey National Championships come into play. They offer skaters from all over the country the chance to reunite, rekindle old friendships, and make new ones.

We sat down with the pair to learn more about their organizing efforts, experiences and joys of adult hockey.

USA Hockey: How have you been able to stay involved since graduating from college?

Nadia Raczek: I love to travel and have lived in many different cities in seven states. Since college, I have played in every place I’ve moved, prioritizing finding a team or drop-ins at the top of my “to-do” list, just after finding a job and somewhere to live. I now play on two women’s teams, one in Colorado and one in California, I go to co-ed drop-in hockey a couple of times a week, and I organize tournament teams for the USA Hockey Women’s Rec 30+ Nationals and the Breckenridge Oktoberfest tournament each year.

Bree Doyle: Currently, I play on four beer league adult hockey teams in San Jose, Fremont, and Redwood City. I captain three of the teams and play in many tournaments all over the U.S. and sometimes internationally. I simply cannot get enough hockey in my life. Recently, I had the opportunity to play hockey in my birth country, South Korea. I thought that was the coolest experience – to be able to play with the national team a few summers. If it weren’t for hockey, I probably would have never visited Korea and had the opportunity to learn about my culture. 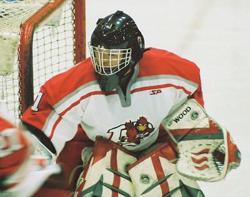 USA Hockey: You both play huge roles in organizing and managing groups of women who play in tourneys across the country. What does that all entail?

Nadia Raczek: Every year, I organize two teams for the USA Hockey Women’s Rec Nationals in Florida and the Breckenridge Oktoberfest tournament in Colorado. With the help of a couple other teammates, we put together teams of women who are fun, competitive, team-oriented players on the ice, and can rally like champs for all the ridiculousness off the ice. We have players ranging in age from fresh out of college to those who are 40-ish, representing a handful of states (CA, CO, MN, NY, and FL) and Canada.

Bree Doyle: For the past eight years, I’ve organized or helped organize women’s and men’s tournament teams. Two of my favorites are the USA Hockey Pond Hockey tournament in Eagle River, Wisconsin, and the USA Hockey Over-30 Nationals in Florida. The best part about putting tournament teams together is that I get to play with old college friends and friends that don’t live near me. A tournament is a perfect way to catch up, and it always amazes me how most of my best friendships have been created through hockey. 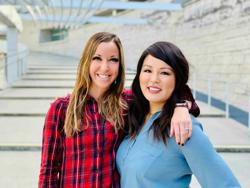 USA Hockey: What are some of your favorite, most memorable moments?

Bree Doyle: There are way too many to name, but I’ll tell you that no matter where we are, we’re laughing from the moment we see each other to the moment we leave. Winning the Pond Hockey and Women’s Nationals tournaments, catching sharks at 4 a.m. in Florida, playing hockey in a blizzard, and trying to ride bikes to our nightly outings are some of the memories I’ll never forget. Women’s Nationals is great for me because my biggest fans – my parents – come watch and hang out with the girls for the weekend. One of the coolest experiences is that we get to play against women who played on Team USA. We are always in awe of their talent!

It’s really sad when tournaments end and knowing it will be another year until we’re back. We call this the “tournament depression” when everyone is texting each other the following Monday to let them know how sad they are.

Nadia Raczek: One of the best memories was our championship win at Nationals a few years ago. We’ve definitely surprised ourselves a few different times by beating teams featuring ex-Division I players and Olympians. Nationals are always a blast because it’s the only time during that year that some of us get to play together. We usually pick right up where we left off the year before. It’s also inspiring to see women on other teams coming in to play from all over the country, in every age group, sharing a passion for this sport. The competitive spirit doesn’t die down the older you get; it is just as rampant in the 65+ as it is in the 30+.

USA Hockey: How about the tougher aspects of tournament play?

Bree Doyle: At first, it took a lot of work to get a pond hockey team together – it’s tough to sell sub-zero weather to a bunch of Cali natives. However, I’ve been told I recruit hard and don’t take no for an answer. We’re bringing two women’s teams this year because once people go, they love it so much and can’t wait to go back. What’s so great about the Pond Hockey tournament is that you have all the teams chatting and hanging out. Usually, when you go to a tournament, you only hang out with your own team. Pond is a different story. We’ve made tons of friends throughout the years and catch up by scrimmaging on open rinks and going to dinners together. 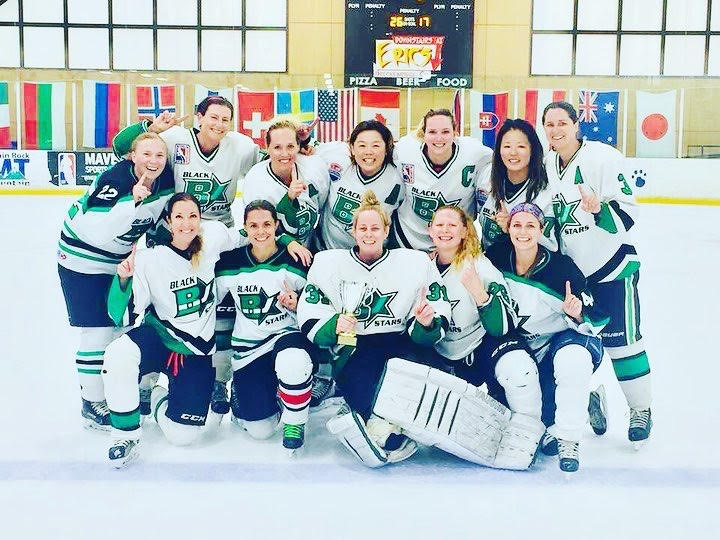 Bree Doyle: I’m still challenging myself to become a better player. I played goalie through college, and I now play defense. It feels like since I changed position, hockey is like a whole new sport to me. I still have the passion to try and be the best player I possibly can. My other favorite thing is I don’t only get to play the best sport in the world, but also I’m able to hang out with my friends a few times a week!

Nadia Raczek: I love that I am 40 years old, and I can still hang! Whether it’s drop-in, co-ed leagues, or women’s teams, I have no anxieties about lacing up the skates and getting out on the ice in a new place.

USA Hockey: Where do you see women’s hockey headed in the future?

Nadia Raczek: Women’s hockey has made great strides in the last three decades I’ve been playing and I imagine it will just keep growing. There are already so many great opportunities for women in this sport. With continued engagement from local and national communities, more doors will be opened for women to advance at the collegiate and professional levels.

Bree Doyle: One of the best changes that has happened to the sport is the number of women that currently play. The women’s talent out there is unreal. For example, take a look at Kendall Coyne Schofield. She’s forever changed the meaning of women’s hockey with her impressive speed at the NHL All-Star skills competition. Women’s hockey needs more exposure like this so no longer will women have to “prove” themselves, but simply become accepted as hockey players.

I see women’s hockey exploding in the future. Just from seeing the talent of college hockey from when I played to the talent now, it’s incredible how much stronger the competition is and how much depth the benches have. Playing internationally truly showed me how far women’s hockey has come. I was able to play in Bangkok and play against teams from Singapore, Dubai, Kuwait and Australia. I know that women’s hockey will only grow, and the talent will soar! 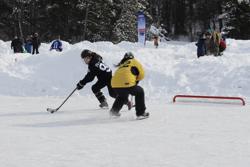 USA Hockey: What does hockey mean to you today?

Bree Doyle: Hockey, to me, is my everything. I know I would not be the person I am today without it. Career-wise, hockey developed my ability to give and take direction, focus on a goal, and the drive to succeed. Relationship-wise, it has allowed me to meet the most important people in my life.

Nadia Raczek: I learned at an early age that hockey and its people will take care of me, both emotionally and physically. Hockey has given me a family that I can 100% rely on, no matter where I am or what is happening in my life. This sport, its culture, and lifelong friendships have created an instant community for me every place I’ve ever been to. Hockey is a family; once you’re in, you’re connected for life!

USA Hockey: Whether they’ve ever picked up a stick or laced a single skate of their own, what would you say to encourage more girls and women to get involved in today’s game?

Nadia Raczek: Just do it! Contact your local rinks or women’s leagues to see what they offer, whether it’s a Try Hockey program, mixed league, or drop-in play, there’s usually something for everyone. Grab a buddy and give it a shot. As daunting as hockey may seem, I can guarantee you’ll have the support of an amazing hockey family around you. 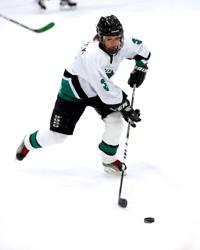 A former national champion, Bree Doyle was a two-time First Team All-American at Plattsburgh State and was elected to the university’s Athletic Hall of Fame last year. Today, she lives and works in San Jose, California, where she spends what little free time she has at Sharks games, golfing, traveling, or trying out new restaurants with friends.

Nadia Raczek was essential in helping the St. Olaf program succeed during its infancy, serving as a team captain for two years. Today, she works as a nursing informatics consultant and lives in Windsor, Colorado, with her husband and 2-year-old daughter.