The three-day event took place in Las Vegas at City National Arena, the practice facility of the NHL's Vegas Golden Knights, and at the Las Vegas Ice Center. The field included a record 16 teams and over 200 players. Players and their families attended Terry Fator's Las Vegas show on Thursday (Oct. 3) night before games began on Friday (Oct. 4) morning.

In their Warrior Classic debut, the Philly Flyers Warriors went undefeated in the tournament to claim the Tier III championship banner. After trailing 2-0 to the Las Vegas Warriors, the Pittsburgh Warriors scored three goals in the third period to complete the comeback and secure the Tier IV championship title. Click here, for complete tournament statistics.

The USA Hockey Warrior Classic, presented by Terry Fator, annually brings together teams from across the country competing in one of USA Hockey's fastest growing disabled hockey disciplines, warrior hockey. The discipline is dedicated to injured and disabled U.S. Military Veterans who have served our country and play the sport of ice hockey. 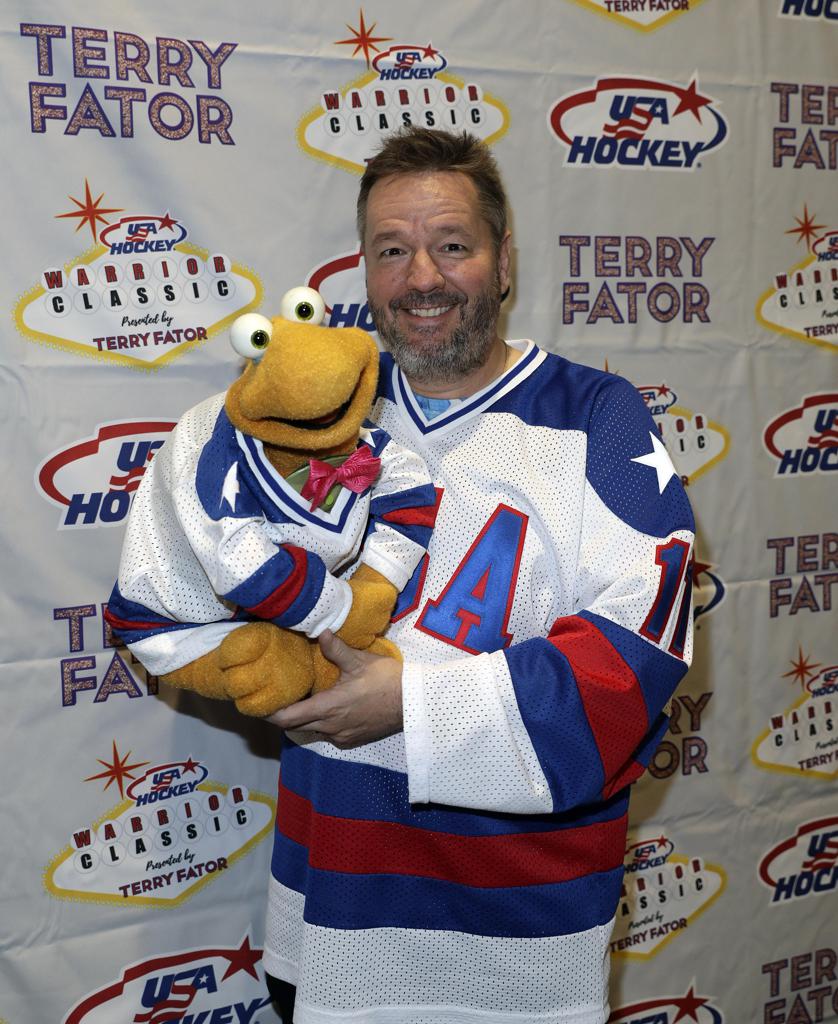 Each day, 22 U.S. Military Veterans take their own lives. Before each team took the ice for their first game of the Warrior Classic, players did 22 pushups to raise awareness of this alarming number.

Mike Vaccaro, a veteran of the U.S. Army and U.S. Marine Corps and the Warrior Hockey discipline representative for USA Hockey, organized and even participated in the tribute.

To help contribute to the success of Warrior Hockey and other disabled hockey disciplines, click here.

Terry Fator and the Warrior Classic