USA Hockey announced today that HockeyTV will stream all 36 games of the fourth annual USA Hockey Warrior Classic, presented by Terry Fator, which will take place Friday-Sunday (Oct. 4-6) in Las Vegas at City National Arena, the practice facility of the NHL's Vegas Golden Knights, and the Las Vegas Ice Center.

The event annually brings together teams from across the country competing in one of USA Hockey’s newest disabled hockey disciplines, Warrior Hockey. The discipline is dedicated to injured and disabled U.S. military veterans who have served our country and play the sport of ice hockey. To be eligible to participate, all players must be or have been a veteran and member of the armed forces and meet a minimum disability rating.

Tournament play will include 16 games on both Friday (Oct. 4) and Saturday (Oct. 5) and four championship games on Sunday (Oct. 6). Fans can attend all games free of charge. For the complete game schedule, click here. 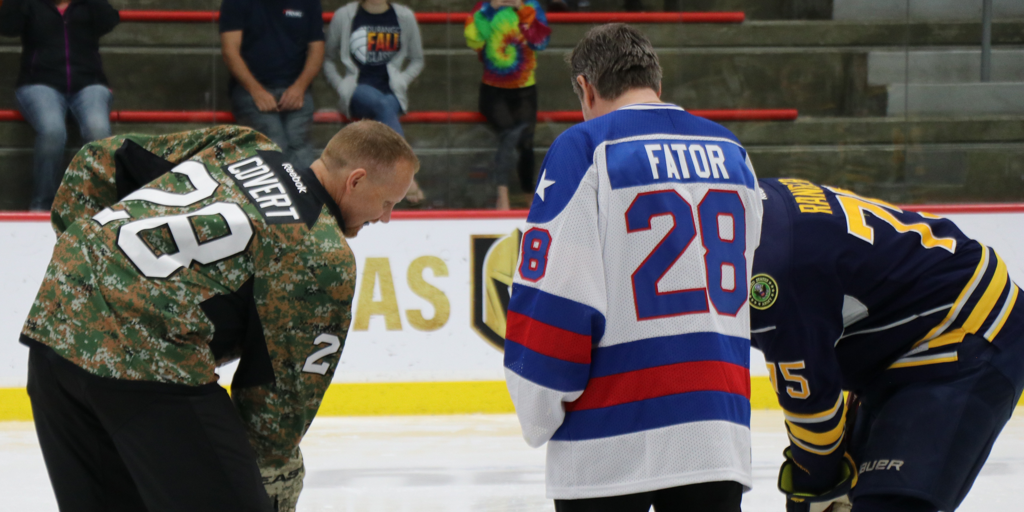 About the Warrior Classic

The fourth annual USA Hockey Warrior Classic, presented by Terry Fator will be held in Las Vegas, Nevada from October 3-6, 2019. Games will be played at City National Arena and The Las Vegas Ice Center. This year's tournament will consist of 16 teams, doubling the record eight-team field from last year’s event, with upper and lower divisions.

Warrior hockey teams from around the country to participate in a weekend of hockey and camaraderie that is dedicated to U.S. military veterans with a disability who also play ice hockey. To be eligible, all players must be or have been Veterans and Members of the Armed Forces and meet a minimum disability rating with the VA. The inaugural event took place in Arlington, Va., in 2017. Click here to see the full eligibility rules for the Warrior Hockey Discipline.

Comedian, singer and celebrity impressionist Terry Fator, a longtime supporter of various military charities, was named presenting sponsor of the USA Hockey Warrior Classic in 2018. Fator became a household name in 2007 when he won Season 2 of “America’s Got Talent” with his unique brand of entertainment that combines singing, comedy and unparalleled celebrity impressions. In 2019, Fator celebrated his 10th anniversary headlining at The Mirage.