Inaugural Officiating Symposium Sets The Bar High For The Future

BLOOMINGTON, Minn. – Anytime you bring 250 people together for anything, it’s nearly impossible to gain a consensus. But for the grassroots officials who gave up a July weekend to be away from their homes and families to attend the inaugural USA Hockey Advanced Officiating Symposium, the experience was time and money well spent.

The three-day conference wrapped up on Sunday with a call to action for the grassroots officials in attendance to take what they learned here this weekend and bring it back to their local associations to make the game better.

From hall of fame NHL linesman Kevin Collins’ keynote speech on Friday night through the multitude of presentations given by a number of high-level officials, giving back to the game was an overarching theme and one that resonated with those who were here in hopes of attaining “tenured” status as a Level 3 or Level 4 USA Hockey official. 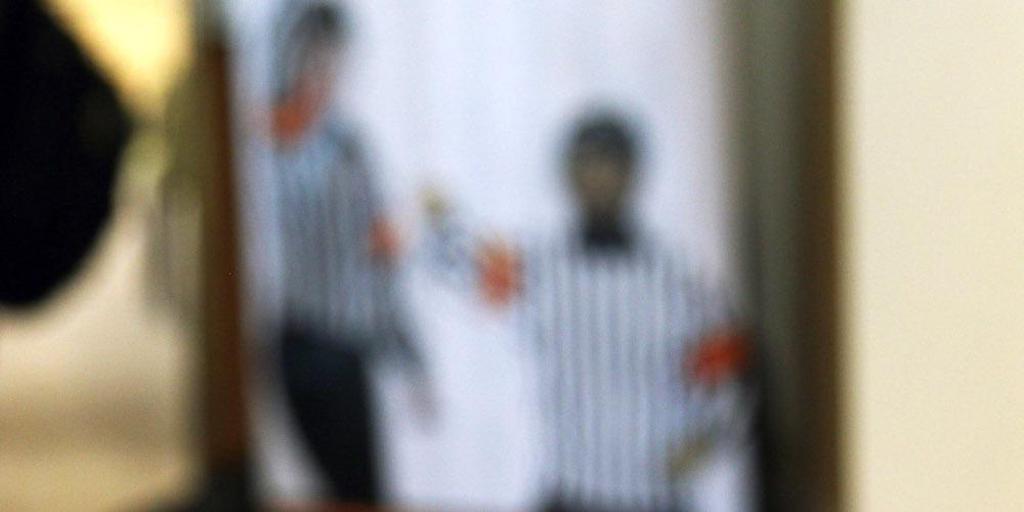 “We have to give back to the game and help to inspire up-and-coming officials, just as we were inspired this week,” said Jacqueline Zee Howard, a college official from Washington, D.C.

It wasn’t just the participants who walked away with a renewed sense of purpose. National Referee-in-Chief Dave LaBuda said the weekend far exceeded his expectations and gave him hope in the face of some disturbing trends in the game.

“First of all, I was encouraged by the number of officials who were interested enough to take the time away from their families during the summer to come here,” LaBuda said. “Their continued interest in officiating and in USA Hockey has re-energized me and proven to me that in spite of the growing hostility in the hockey world, officials are very much committed to trying to become better and make the game better.”

A number of current and former NHL officials took time away from their already short offseason to be here and not only present on a variety of topics ranging from establishing rapport and credibility to the difference between having hope and courage to make the right call. In between their time, most hung around to listen to other speakers and interact with both aspiring and veteran officials alike.

“I would say that the more things change the more they stay the same. Hearing from some of the top officials in the game and knowing that they have the same struggles and same successes that we all do was really refreshing and energizing to hear,” said Jenna Janshen, an official from Mile City, Mont.

“It was nice to feel like we are all a part of the same community.”

After the first two days of presentations focused on a multitude of topics, the final day wrapped up on a humorous note with a panel discussion on the history of the rules and the modern game featuring Hockey East Commissioner Joe Bertagna and USA Hockey’s Lou Vairo, who has been around the game for more than 50 years. Or 60 years. The legendary coach said he couldn’t remember. While admitting that he’s never taken the time to read the ever-expanding rule book, Vairo said he knows officials and their importance to the game.

“You can accomplish a lot if you have fun and you just be yourself,” said the head coach of the 1984 U.S. Olympic Team in addition to coaching numerous national teams over the course of his career.

“All coaches want from you as an official is to have integrity and humility.”

Both points were touched upon several times during the weekend.

Not to be outdone, three-time Olympic referee Joy Johnston of Great Britain shared her journey through the officiating ranks, sprinkling in a little British humor throughout her presentation that focused on a common theme.

“It’s great to have a goal,” she said. “But don’t forget to enjoy the journey.”

As the room emptied and participants raced to catch flights back home, organizers were already discussing how to make next year’s symposium even bigger and more impactful. The bar was set pretty high at this inaugural event, but with the tall orders facing officials in the future, this was a great start in the right direction.

“We’re committed to making this an annual event for the next several years at least and moving it around the country,” LaBuda said. “The lessons that we learned at this event are going to help us plan not only next year but the next two years so that our members have the ability to plan on coming here.”

If USA Hockey needs any help in promoting future events, they need to look no farther than those who attended the inaugural event.

“This is easily one of the better experiences that I’ve had in officiating. I’ve been lucky enough to attend a number of officiating camps and clinics and this one is right up there with them,” said Charles Ikeda of Branford, Conn.
“It was an awesome experience and is definitely something I would suggest to other officials.”