More than 250 officials from 34 states arrive in Bloomington, Minn.

BLOOMINGTON, Minn. – On the ice, the best officials pride themselves on keeping an eye on the action while staying out of the play.

This weekend some of the most notable American whistleblowers in the game will be front and center at the first-ever USA Hockey Advanced Officiating Symposium.

More than 250 officials from 34 states across the country have come to the Twin Cities to learn from the best while obtaining “tenured” status as USA Hockey officials.

This three-day celebration of all things in stripes is an opportunity for USA Hockey to thank those grassroots officials for the dedication they’ve shown to the game while helping them improve their skills and understanding of the game. Officials punched their ticket to attend this symposium by achieving their Level 3 or Level 4 status for three consecutive years, which makes them eligible for “tenured” status.

“It’s time that we’ve given the program a face lift,” National Referee-in-Chief Dave LaBuda said of the program’s overhaul. “These changes allow us to put more focus on the educational process that will not only make our officials better but ultimately make our game better.” 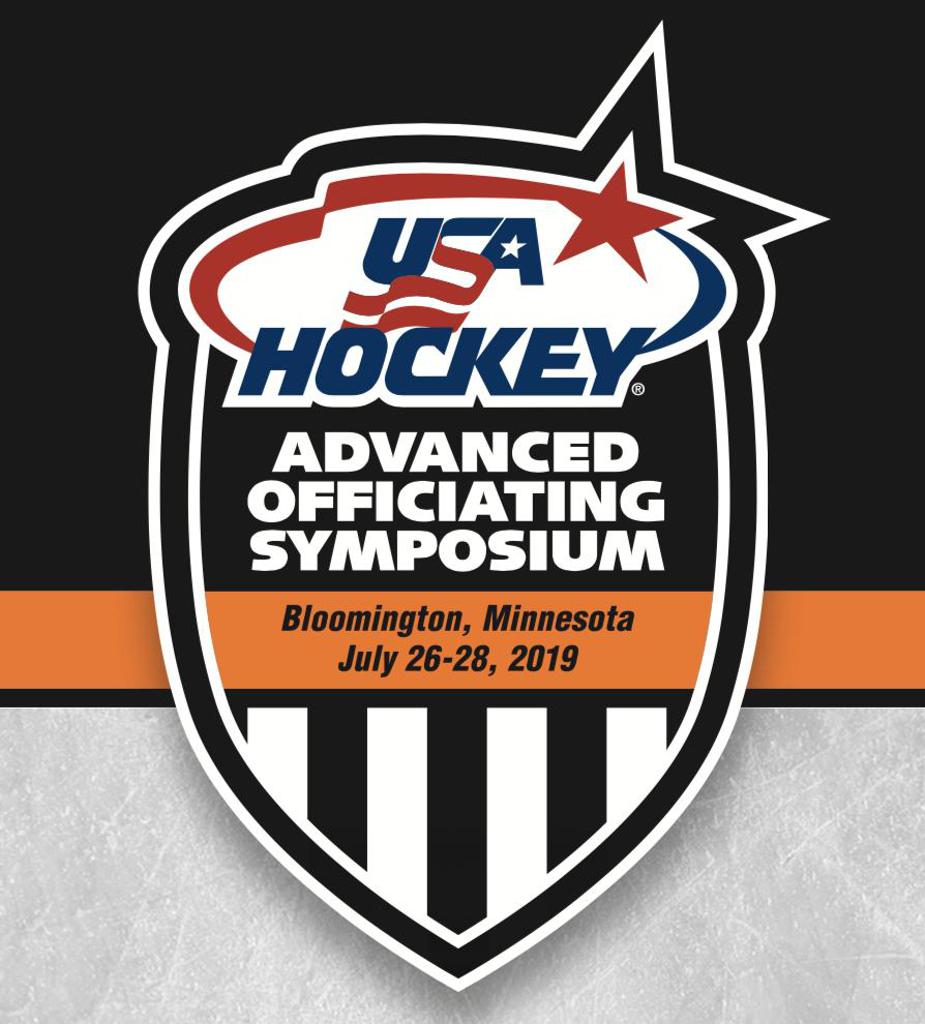 And part of that is the creation of this annual event designed to bring the top officials in the country together to improve their skills and understanding of the game by learning from some who have reached the pinnacle of the profession. Among the impressive stable of high-level speakers will be current and former NHL officials, including Kevin Collins, Dennis LaRue, Andy McElman along with current NHL peacekeepers Chris Rooney, Brian Murphy and Bryan Pancich.

Collins, whose NHL career included more than 2,000 games and culminated with his enshrinement into the U.S. Hockey Hall of Fame in 2017, will kick off the event as the keynote speaker on Friday night. LaRue worked 26 seasons as an NHL referee and was the first American since Bill “The Big Whistle” Chadwick to work an NHL Stanley Cup final. And McElman last blew his whistle as an NHL linesman in 2016 after working 1,500 games over 23 seasons.

Among the current crop of officials, Rooney is one of the most decorated American-born officials, having worked more than 1,100 games, in addition to 110 playoff games, including Games 6 and 7 of this year’s Stanley Cup Finals.

Murphy is considered the dean of NHL linesmen, having worked more than 2,000 regular season and playoff games, and was recently bestowed the Distinguished Achievement Award at USA Hockey’s Annual Congress.

After graduating from USA Hockey’s Junior Officiating Development Program, Pancich was hired as an NHL linesman in 2009 and has worked more than 600 games in his career.

Murphy and Pancich will share their NHL experiences during presentations focused on the art of being a linesman, while Rooney and LaRue will talk about skills need to become a high-level referee. They will also stick around to participate in a panel discussion on the four-official system.

Collins will close out the day with a keynote address aimed at celebrating the strides made by Americans in the game.

And that’s just the first day.

Day two will feature presentations focused on the role officials play in maintaining safety in the game, the work ethic and commitment needed to reach the top and how deal with making mistakes. There will also be a panel discussion on how coaches and officials can better work together, featuring national coach-in-chief Mike MacMillan and Guy Gosselin, who led the U.S. Sled Hockey Team to gold at the 2018 Paralympic Winter Games.

The final day’s docket will be highlighted by Tim Mayer and Melissa Szkola talking about the path to success for officials. Both worked the 2018 Olympic Winter Games in PyeongChang, South Korea. That discussion will be moderated by long-time international official Joy Johnston from Great Britain.

Matt Leaf, the director of USA Hockey’s officiating education program, hopes that this stable of distinguished speakers will have a trickledown effect on the officiating community by having those in attendance share what they learn here with their fellow officials back home.

“This is a chance for us to showcase who we are and all that we do,” Leaf said. “I don’t think there’s ever been anything quite like this, at least on the officiating side.”