Event brings high-level play and ability to connect with friends

ANCHORAGE, Alaska - Each year, the Anchorage Adult Classic brings together some of the area's most elite adult skaters for a four-day, multi-division event that offers high-level play and the ability to reconnect with friends both on and off the ice.

For the past several years, there was no women's gold division in Anchorage, as tournament rules specify that a minimum of four teams must be signed up for divisional play. So, while there were plenty of good women's players participating in the tourney, they just spent the last few seasons either competing at higher levels of the men’s division or playing at lower levels in the women's division.

"I remember the idea being talked about two years ago, then again last year, but nobody really made a point to pursue it and make it real," said Sam Redick, an Anchorage native who played collegiately at Lindenwood University (St. Louis, MO). "This year, Melissa Dianoski started a Facebook group to invite players and get them committed to play.”

Redick, Kate Wolgemuth, and Sam Simpson soon joined Dianoski in spreading the word. With the help of social media, the quartet reached out to old friends and past college teammates. Before they knew it, 44 gold-level women (and four goalies) had expressed interest in playing.

With the quantity of players in place, the next challenge was making sure the new women’s gold division would feature entertaining games.

After playing in an all-women's tournament in March, the foursome knew the importance of making sure the revitalized Gold Division would feature even, competitive teams.

"It's never fun when you're on either an All-Star team – where you blow out the other ones – or on a team that isn't competitive. We didn't want that to happen," said Wolgemuth, a college defenseman (Colgate University) who also played overseas.

To help ensure each team could be equally competitive, the foursome decided on conducting a draft.

The four captains met up on draft day and ranked each player from 1-3 to ensure the teams were as even as possible. They picked goalies, then started a snake-style draft, choosing an even number of players from each of the three tiers. A few new players reached out after the draft, so they even made some last-minute trades to keep things fair. 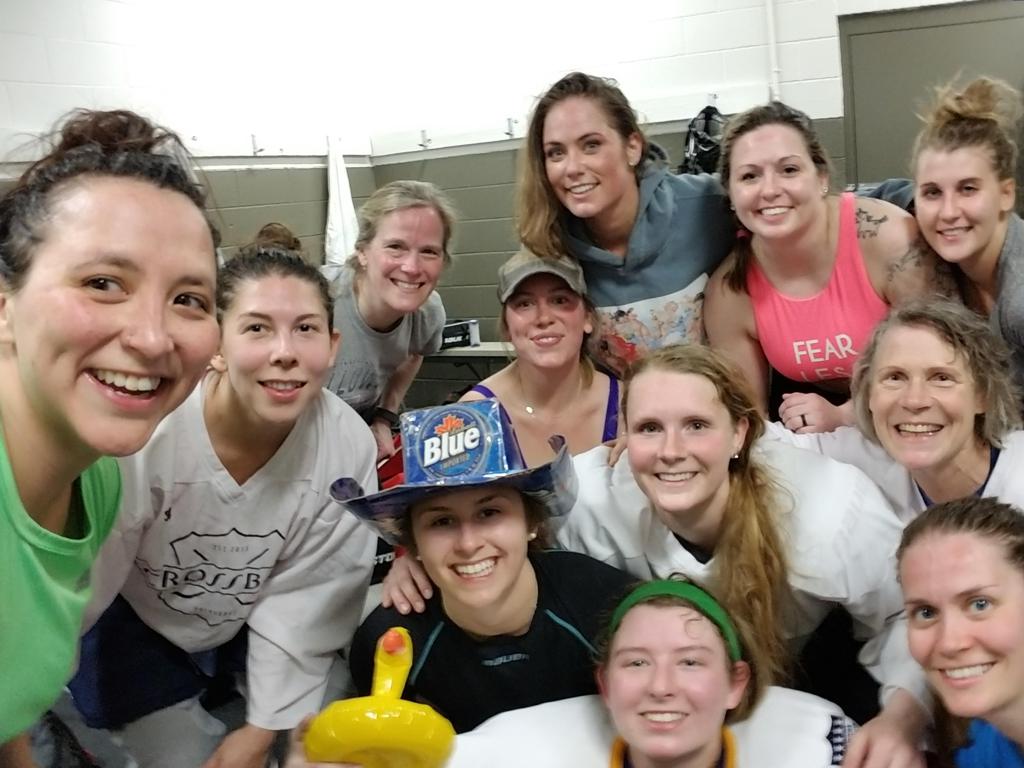 "The other thing we wanted to do was to keep friends or family together, as we'd had requests before the draft, so we tried to be as accommodating as possible," Wolgemuth added.

Once the teams were selected, rosters and schedules were announced on Facebook. Each captain became responsible for collecting money, player info, and registering their respective teams: Oshie Bad (Wolgemuth), Baby Got Backes (Dianoski), No Ragretzys (Simpson), and Wood Pekkas (Redick).

"Honestly, when I first drafted my team, I knew only about half of them; so I had no idea what it was like to play with them, let alone what position they played or the last time they skated," Wolgemuth said. "It's fun to reconnect with people that you haven't played with – or against – in years, and of course to meet new people, too."

The newly-created Gold Division featured four games over three days. In the end, Wolgemuth and the Oshie Bad’s proved to be victorious, defeating Dianoski and the Baby Got Backes by a 7-2 count.

Win or lose – the captains agreed that relaunching the Gold Division was about more than claiming victory.

"It's a lot of fun to be able to play at a higher level, but of course the tournament weekend is all about having fun with your teammates on and off the ice," Redick said. "We had the opportunity to reconnect with old friends from our childhood that we haven't seen in a while, and participate in a healthy amount of banter with frenemies drafted by other teams. No one remembers who scored the goals or who won, but they’ll remember the friendships they made with the people they met playing this awesome game.”

Plans are to keep the Gold Division going through 2020 and beyond while looking at potentially sending teams to out-of-state tournaments. But for now, it's all about celebrating with friends and teammates coming together to play the sport they love.

"This tournament brings so many people together from throughout the state," Wolgemuth said. "There are people that I only see once a year at this tournament because no matter where they live, they make it a priority to come every year.

"I have three brothers that play hockey, and this year, two of them were playing, so it turned into a family event with our nephew watching us," she continued. "It's like being a kid again, being a rink rat, it's so fun." 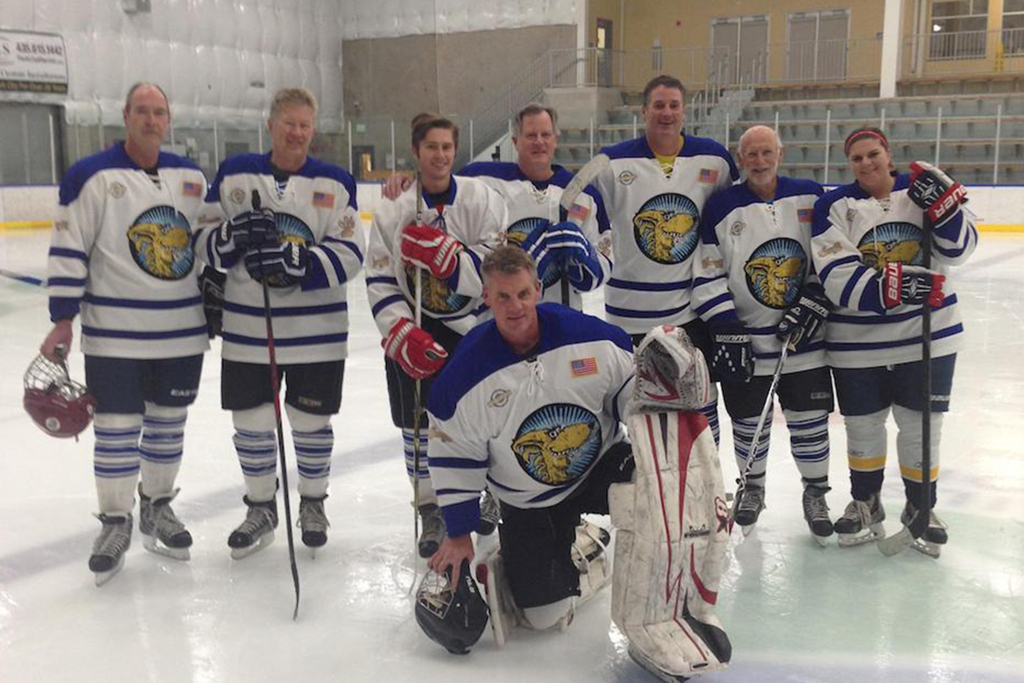 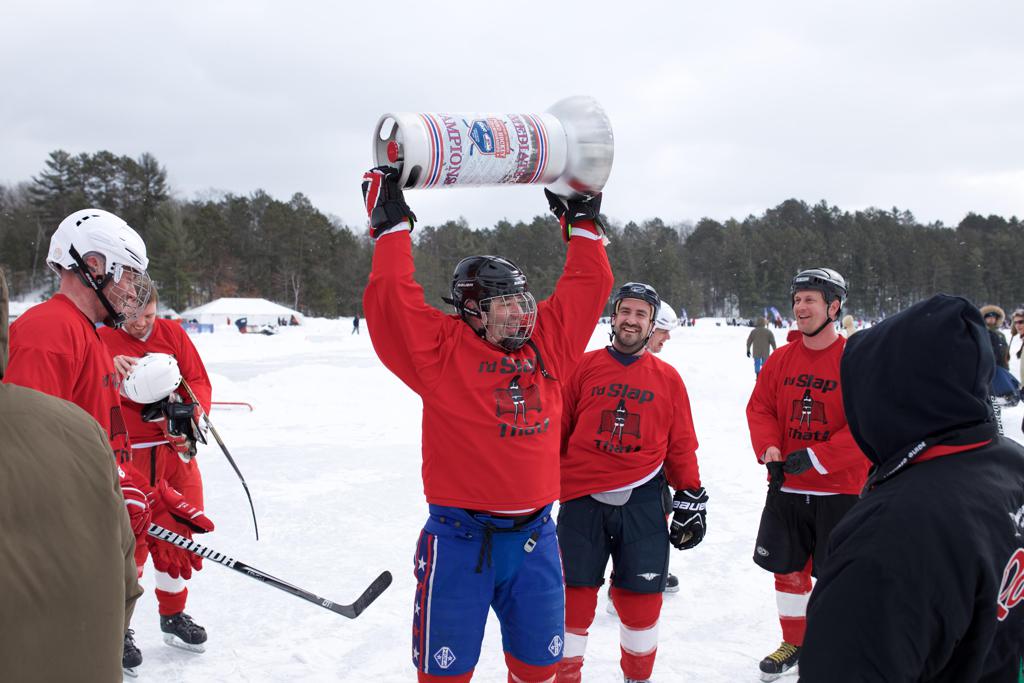 USA Hockey Adult Classics a Favorite Among Players and Organizers