How the USHL Prepared Ronnie Attard for College Hockey

It's been a busy last few months for USHL star defenseman Ronnie Attard. In December, he and Tri-City Storm teammates Zac Jones and Isaiah Saville helped the U.S. Junior Select Team capture the World Junior A Challenge. The Tri-City trio followed that up by helping the Storm capture the USHL Anderson Cup, awarded to the league’s regular-season champion.

Then, just this last weekend, Attard heard his named called at the 2019 NHL Draft when the Philadelphia Flyers selected him in the third round with the 72nd pick.

The selection shows what hard work and perseverance can accomplish. Passed over twice in the last two NHL Drafts, Attard tallied 64 points (30G, 34A) in 48 games, the most points ever by a USHL blue liner, in his final year of NHL Draft eligibility. Attard is just the latest USA Hockey junior hockey player to get drafted after being passed over in previous drafts, joining the likes of U.S. National Junior Team medalists Scott Perunovich (bronze, 2018) and Casey Fitzgerald (gold, 2017).

In the midst of a season he won’t forget, Attard took a few minutes to chat with USA Hockey, giving some insight into what the last year or so has been like for him.

Q: Would you consider yourself a late bloomer? What allowed you to make this big jump?

A: I would say so. Just being passed over twice in the past just gave me that much more of a reason to work and push even harder. I knew I had one more year as far as my draft eligibility and that was something I've been aiming for since I was a kid. It all clicked for me this year and it's starting to pay off.

Q: What was your mindset after being passed over twice before?

A: I've never really thought too far into the draft. That stuff is out of my control once it's actually going on. It just motivated me to work harder, especially seeing a couple of my buddies go in the draft and stuff like that. It was obviously frustrating. I just tried not to let it get to me that much.

Q: What specifically about the USHL was so good for your development?

A: I would say just the schedule we had there was the most beneficial thing. We were on the ice two times a day and after that we were able to go on the ice whenever we wanted. I could just call the coaching staff up after dinner and tell them I wanted to go work out and they would be over there in a heartbeat to help me out. It was just cool to kind of feel what it would be like for this to be my job. 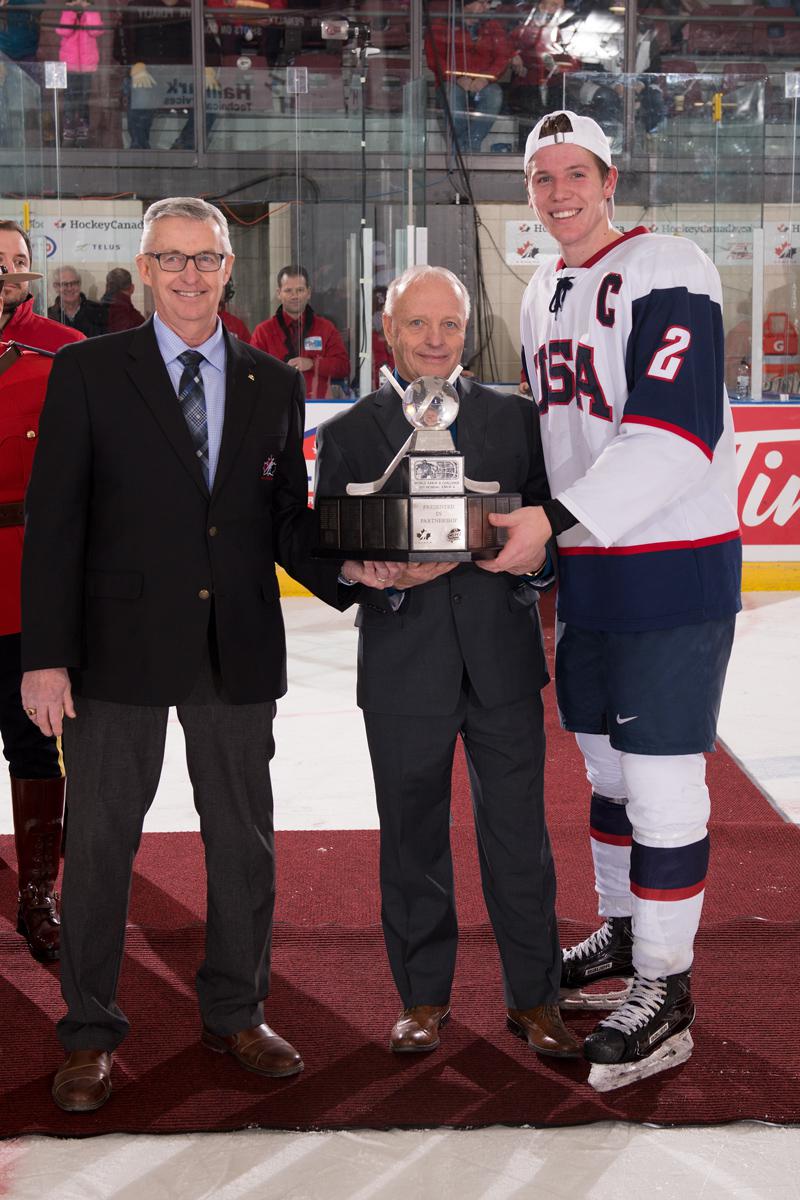 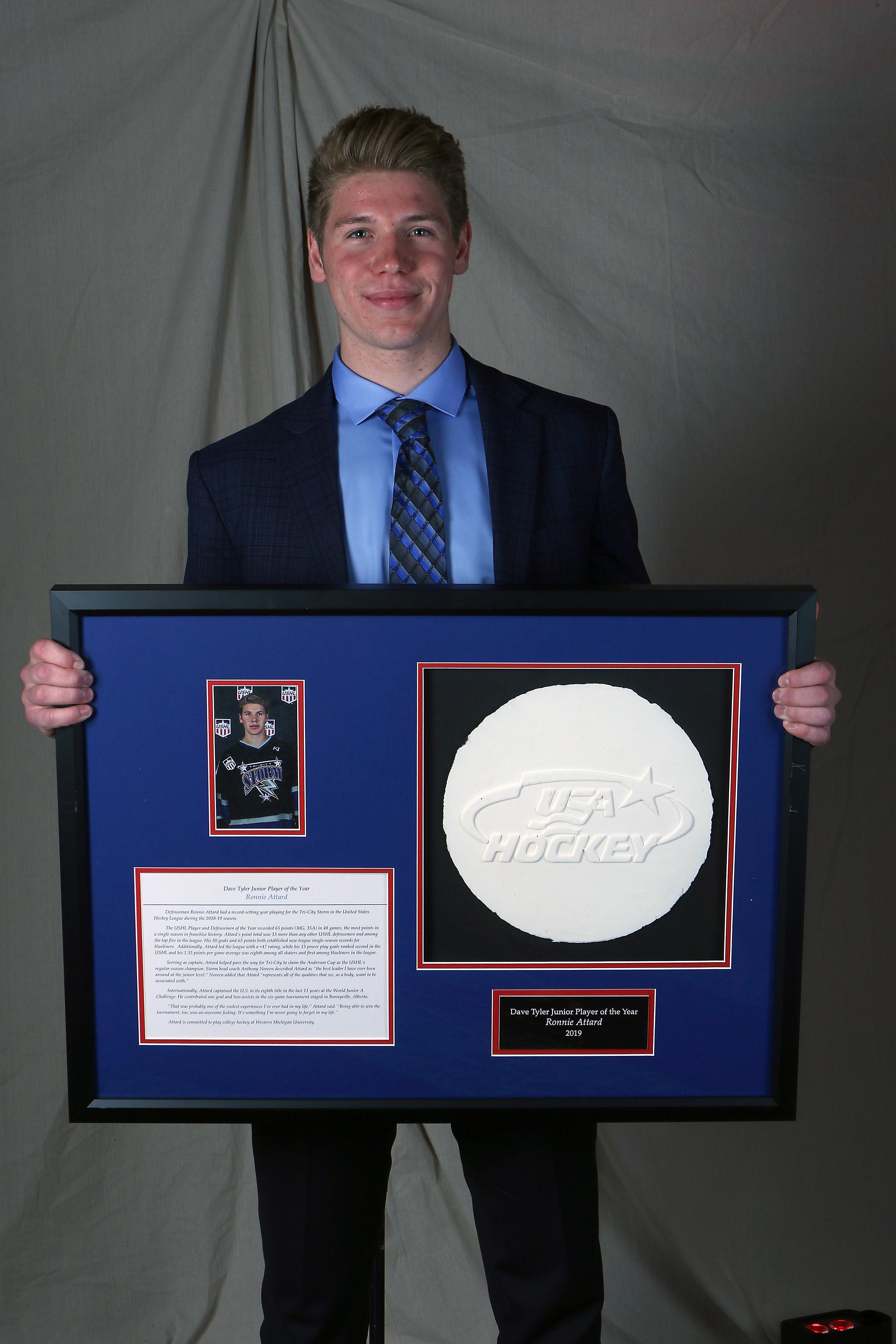 Attard was the recipient of the Dave Tyler Junior Player of the Year Award at USA Hockey's 2019 Annual Congress.

Q: How much has the last year or so helped as far as growing into your body?

A: That was something that juniors really helped me out with. I obviously wasn't ready to go into college right away. I needed to grow into my body and get bigger and stronger. Now I'm 6-foot-3, 206 pounds and I'll be ready to play at an elite level once I get to college.

Q: How important was it to be OK with spending an extra year in the USHL before going to college?

A: It's something that not a lot of guys like to do. For me it's meant everything for my development path. I wouldn't be here today without that extra year. If I would've gone straight to school, I don't think I would've had the success that I could have.

Q: What areas of your game did you focus on specifically?

A: I think the biggest things were my footwork and my shot. Just needed to get better at both of those things and I think I've done that.

Q: What can you say about the quality of coaching down in the USHL? How much did that help you make this big jump?

A: It was a top-notch coaching staff. We were really treated like professionals down there and I think that went a long way in getting us ready. It's the best coaching staff I've ever been a part of. I would recommend every single person on the coaching staff.

Q: How much of an emphasis was placed on building strength in the last year?

A: That was a big thing for me. You go into college and are playing against some full-grown men so I need to be able to hold my ground. We also focused a lot on my agility off the ice and put a lot of time into that.