11 Americans Selected in First Round at 2019 NHL Draft 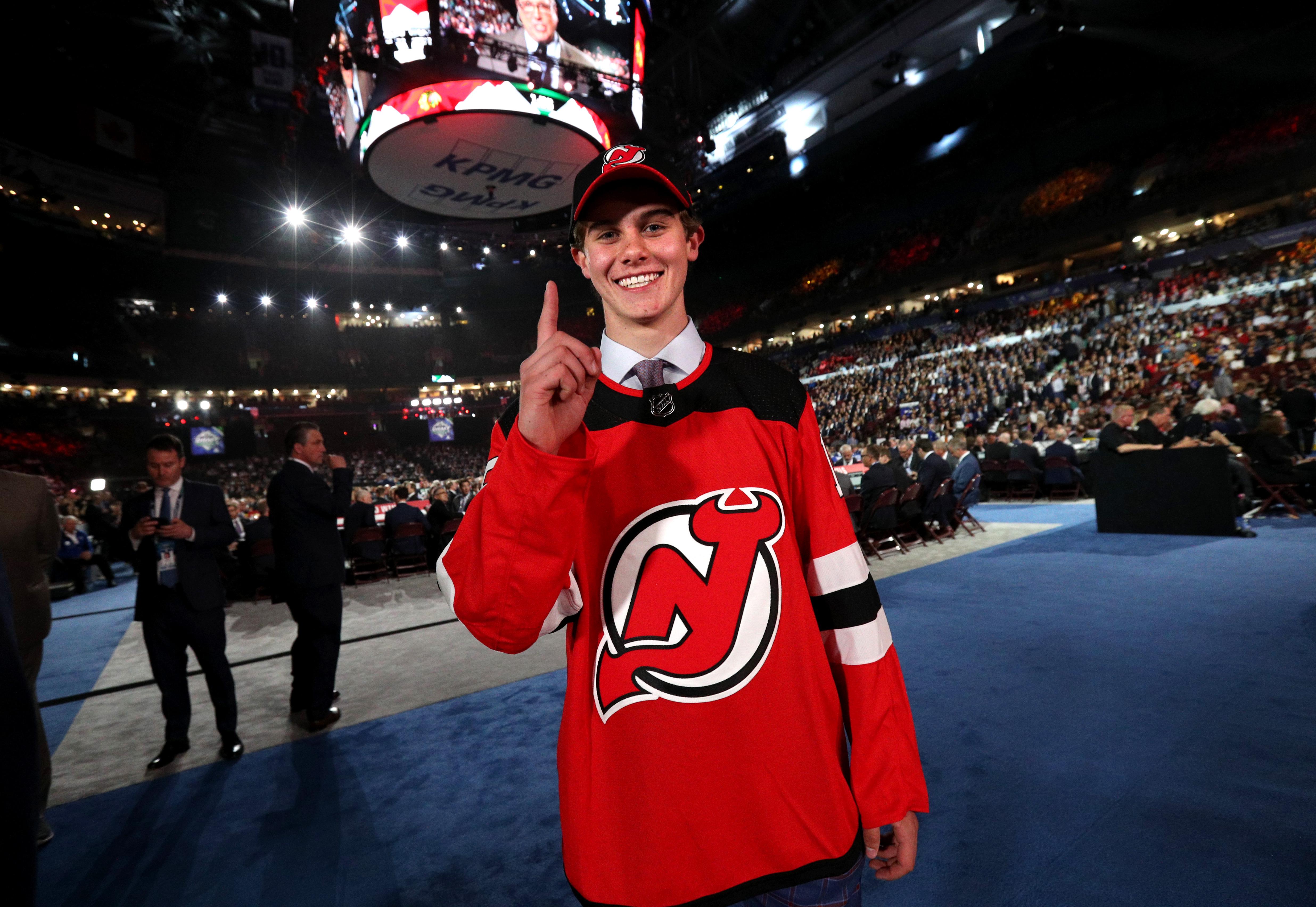 VANCOUVER, B.C. – Eleven Americans were selected in the first round of the 2019 NHL Draft at Rogers Arena, including Jack Hughes (Orlando, Fla.), who became the eighth American to be drafted first overall and the fifth player out of USA Hockey's National Team Development Program to be selected with the first pick

In total, eight players were selected directly from the NTDP in the first round, seven of which came in the first 15 overall selections. The eight NTDP first-round picks established a new program and NHL Draft record. Never before had more than four first-round selections come from the same team before tonight.

After Hughes, the Los Angeles Kings selected forward Alex Turcotte (Island Lake, Ill.) with the fifth pick before forward Trevor Zegras (Bedford, N.Y.) was chosen ninth overall by the Anaheim Ducks. It marked the fourth time in the last five NHL Drafts that more than one American was selected in the Top 10 and the third time in the last five years three Americans were chosen.

The Minnesota Wild then kicked off a run of four straight players from the NTDP being selected when they picked Matthew Boldy (Millis, Mass.) with the 12th overall pick. Following Minnesota's pick, the Florida Panthers selected goaltender Spencer Knight (Darien, Conn.), who became the 10th U.S.-born goaltender to be chosen in the first round. Defenseman Cam York (Anaheim Hills, Calif.) was then taken 14th overall by the Philadelphia Flyers before the NTDP’s all-time leading goal scorer, forward Cole Caufield (Stevens Point, Wis.), was selected by the Montreal Canadiens with the 15th overall pick.

With the 27th pick, the Tampa Bay Lightning selected the ninth American of the night when they picked forward Nolan Foote (Englewood, Colo.). The Boston Bruins followed up three picks later  with NTDP forward John Beecher (Elmira, N.Y.) at the 30th overall selection. The Buffalo Sabres closed out the first round by selecting defenseman Ryan Johnson (Irvine, Calif.) with the 31st overall pick.