Coach's Guide to Evaluating the Season

Before coaches can help write the next chapter on American hockey, it’s important to flip through the pages of the past season. There are always lessons to be learned.

Rocky Mountain District Coach-in-Chief Mike Lehto sits down with his coaching staff to discuss what they thought went well and things that might not have been so great. This year, his Idaho Vipers 19U girls team was the first-ever Idaho girls hockey team to win the USA Hockey Rocky Mountain District title, which also secured the team’s berth at the 2019 Chipotle-USA Hockey Girls Tier II 19U National Championship in Amherst, New York.

Whether the season was successful or not, it’s important to look beyond wins and losses for coaches to conduct an honest evaluation for their teams.  Below are four questions coaches can ask themselves while reflecting on a recently completed season.

Did you push their skill development forward? 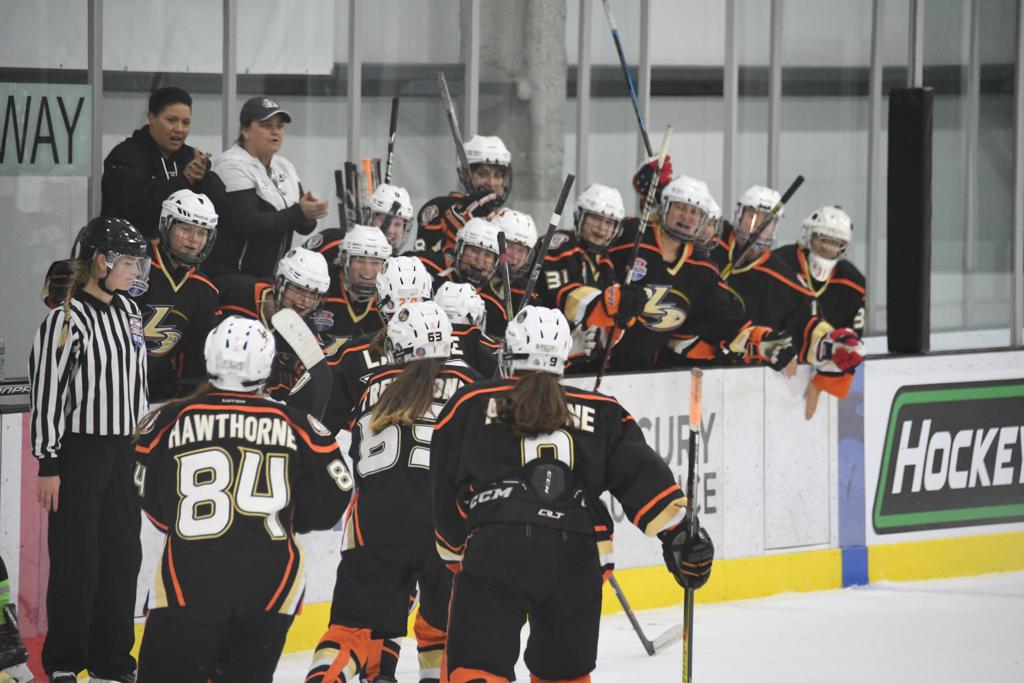 Molding the next crop of top-level hockey talent starts in the youth ranks and following USA Hockey’s American Development Model principals. Starting out, coaches can ask if they stuck with ADM age-specific drills and practice plans.

“Are they learning through the season?” Lehto asks. “Are they developing? Are their skills getting better? Are they gaining concepts that the coaches are teaching? This is all age-specific and driven by what [age] team you’re developing.”

Lehto adds that coaches should think about the development of the team as a whole and each individual player.

“You might be coaching players with a range of skills, but as a coach you’ve still got to bring players 17-20 along the same way you bring 1-4 on the roster,” Lehto said. “It’s harder to judge when you have a higher caliber player, those developments might be measured in inches versus new players who can’t get around too well and by the end of the year they’re motoring and we’re talking half-mile gains on those types of players.”

What culture did you create off the ice?

Today, coaching youth hockey goes beyond drawing up a power play or setting cones out and pushing pucks around.

Lehto believes that coaches can have a positive influence on the way a player or teams acts both on and off the ice. He preaches teamwork, responsibility, leadership and good sportsmanship.

For examples beyond the ice, Lehto asks himself, “Did the players do something extraordinary giving back to the community as a team or individually? Did the team represent its organization well, represent the program well?”

“Everything that happens [in sports] can mirror life,” Lehto adds, “A lot of what you see on the news or social media are people who don’t handle the bad things well. I tell my players, I want you to be that young adult who has a bad day and deals with it.”

Did they find a love for the game?

Players who are having fun are more likely to put more effort into practices and games than those who are miserable. So, a coach’s job is also to inspire a passion for the game.

Were players late or skipping practices, or were they ready to hit the ice before the Zamboni doors closed? Coaches, especially ones who coach the younger ages, can evaluate what drills the players liked and tried hard at versus ones where they just went through the motions and lost interest.

“These kids will learn to love something and if you’ve got five or six drills that accomplish the same thing, don’t try to force it on them,” Lehto said. “We can tell the ones they like and they’re enthusiastic about doing.”

How would you evaluate yourself?

There may be tough seasons with losing records, but were coaches positive role models? Did they instill good values? Will the kids be coming back next year?

Sometimes a great year is not instantly gratifying like a championship season.

“I do encourage all coaches to have that reflective moment and go back through the notes and sit down with the coaching staff and have that honest critique of what we could’ve done better,” Lehto said. “For successful coaches, they won’t come until years later when that kid is 20-something and comes back and gives you the validation and testimonial that, ‘You made a difference, coach.’  I’ve had players come back 10 years later and say ‘I wouldn’t have made it if I didn’t have hockey’ and that’s how the sport of hockey can be a teacher for life.”