For USA Hockey national coach-in-chief Mike MacMillan, growing the game of hockey was engrained in his family. From watching his dad build an ice rink for the community to helping build one himself, MacMillan said it’s always been a priority of his and his family to give back to the game.

“It’s important to me to mentor and give back,” MacMillan said.

That notion has seen MacMillan’s involvement in hockey expand more than 30 years of both on- and off-ice support at the local, regional and national levels. And while his support has ranged from helping with rinks to supporting affiliations, being behind the bench is where he excels most.

“Coaches are some of the best mentors,” MacMillan explained. “You can’t have the game without coaches. We’re an important piece of the puzzle."

For his efforts, MacMillan was recently awarded the John “Snooks” Kelley Founders Award by the American Hockey Coaches Association. One of eight major honors given by the ACHA, the award is named after the famed Boston College coach and exemplifies people in the coaching profession who have contributed to the overall growth and development of the sport of ice hockey in the United States.

“For him to receive this award says a lot about everything he’s accomplished to grow the game of hockey in the state of Minnesota,” said Mark Tabrum, director of coaching education program at USA Hockey. 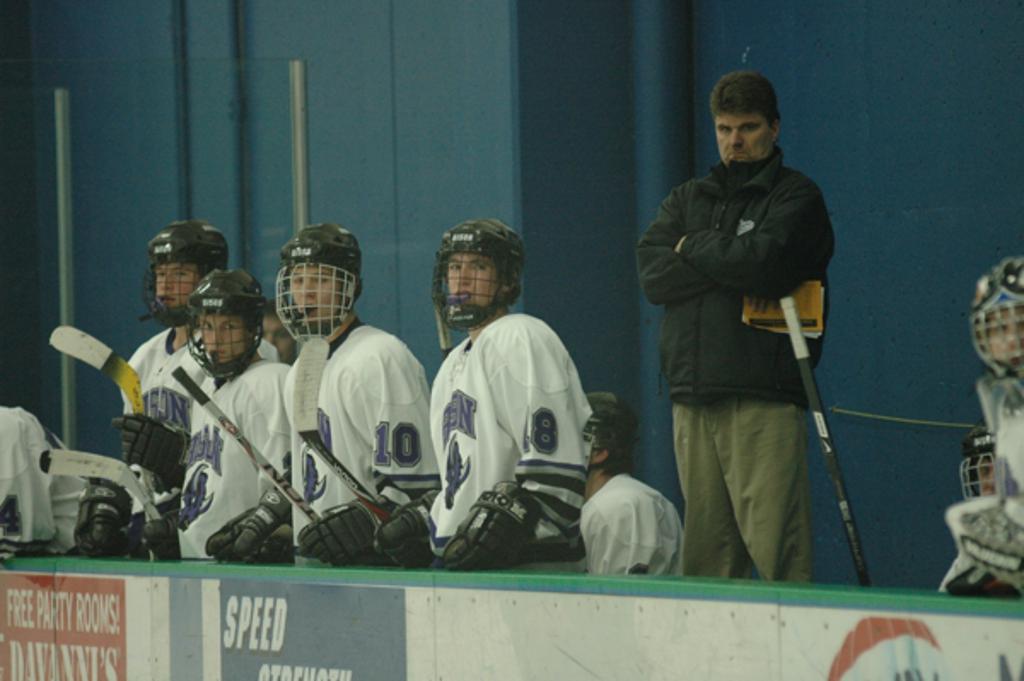 A respected name among Minnesota hockey coaches, MacMillan’s coaching career in the state started as the lead assistant and youth development director at New Ulm for seven seasons before moving to Buffalo (Minn.) High School.

It was during his time in Buffalo that his coaching career blossomed, as he was tabbed to run several sections and state teams as part of the Minnesota Player Development Festivals.

In 2006, MacMillan became executive director of the Minnesota Hockey Coaches Association, a role he still holds today. Since 2014-15, MacMillan has been a part of the Hamline University men’s ice hockey program as an assistant coach. Working primarily with the goaltenders and defensemen, MacMillan’s first season with Hamline saw the Pipers win the MIAC Championship and earn an NCAA Division III tournament berth.

For all his work and accolades through the years, MacMillan credits those in the game most.

“It has been a blessing working with such great coaches, staff, and volunteers over the years,” MacMillan said. “You can’t receive an award if not for all those around you who have impacted me and made giving back fun,” MacMillan noted.