BUFFALO, N.Y. — On Saturday, Minnesota-Duluth became the first school to win back-to-back championships since the University of Denver in 2004 and 2005.

“I just don’t want guys to be satisfied,” Sandelin said of repeating. “We knew going into the year that we had a lot of good parts. You return your starting goalie, your whole D corps, we had good depth up front. Yeah, we lost some guys, which teams do, but we felt we had some good freshmen coming in.

“We felt we had a lot of good parts. You never know how they’re going to come back. Are they really super motivated to get back there?” 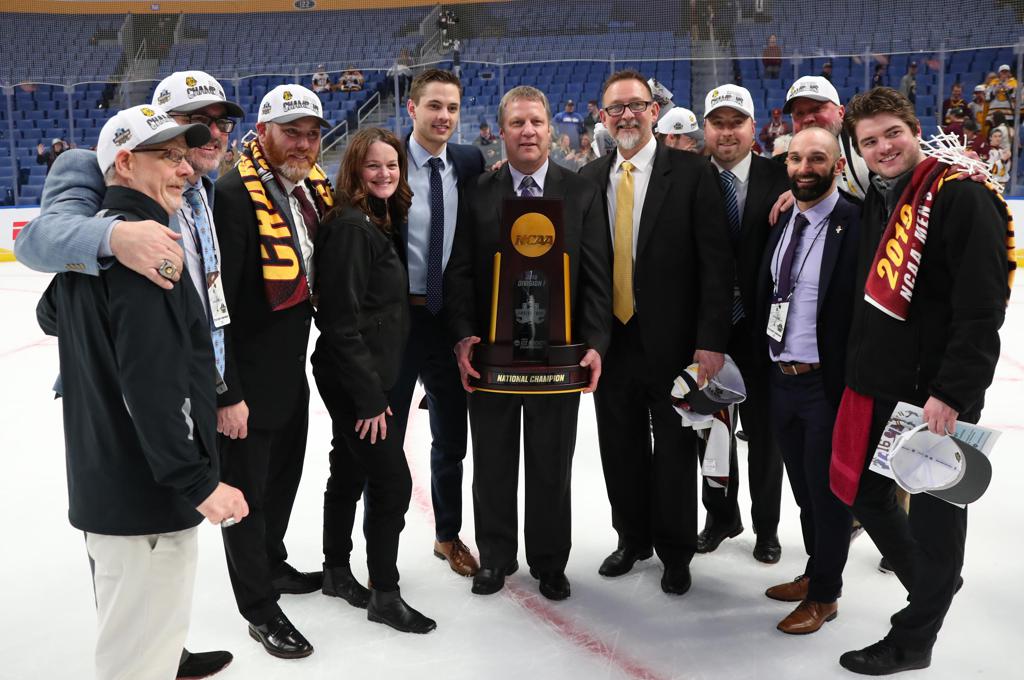 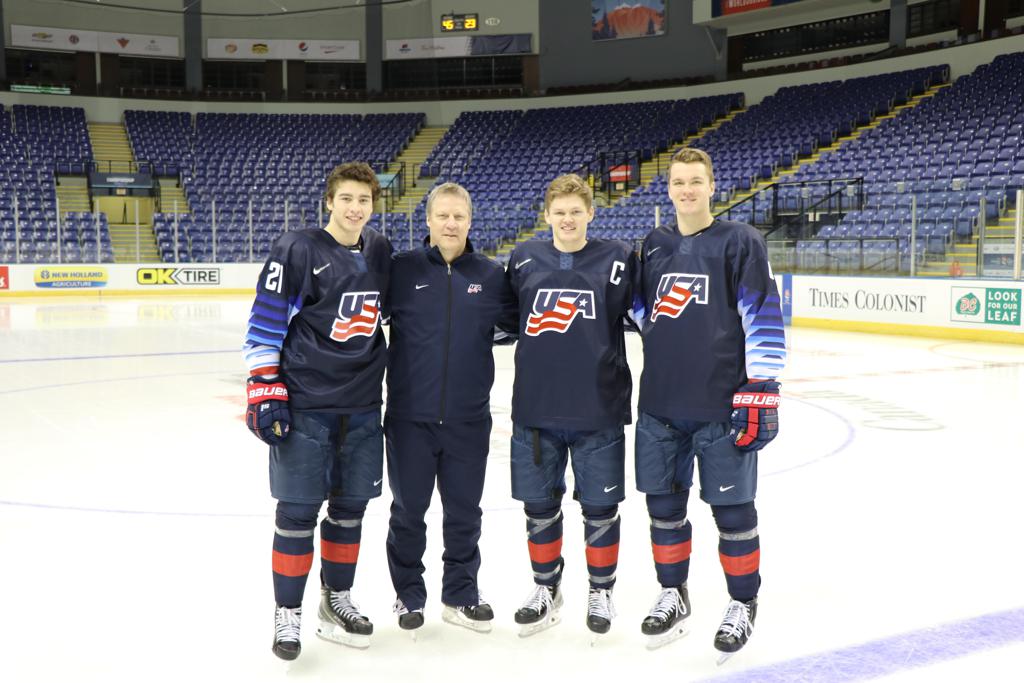 Duluth likely wouldn’t have won its third title in school history without Shepard, the team’s “brick wall all season long,” according to captain Parker Mackay.

“He was our most consistent player,” Mackay said. “I think he was our most competitive player. I could say the same thing [he said about me]: I don’t think we are even close to where we are without him.”

Shepard dressed for all 41 games for the Bulldogs in 2018-19. In 30 of his appearances, he allowed two or fewer goals.

On Saturday, he stopped 18 shots for his seventh shutout of the season.

“He’s come in these last two seasons and been unbelievable,” Mackay said. “He doesn’t talk too loud or say too much when he’s at the rink, but once he’s on the ice, he’s an absolute competitor and warrior.”

“There’s not really any weekends off in that league,” Shepard said. “There’s no bottom feeders. … You’re battle-tested when you get to the end of the year. I think that’s really helped our team be built for the playoffs, playing such a tough schedule.

“I think we had the toughest schedule in the country this year. When you can be at the top of that league, put together the seasons we have the last couple years, it’s a testament to our coaching staff and our players in our locker room.”

The Bulldogs likely wouldn’t have been playing for their third straight national title without Mackay’s heroics either.

His power-play goal 3:51 into the first period helped the Bulldogs seize early control and hold up as the winner in their 3-0 victory over the University of Massachusetts Minutemen at KeyBank Center.

“You can’t write it any better than that,” Mackay said of his final college outing.

In their NCAA Tournament opener March 30 against Bowling Green, Mackay scored late in regulation and again in overtime. He ended his college career on a five-game goal-scoring streak.

Junior goalie Hunter Shepard said, “When coach Sandelin recruits guys that he wants to set an example for our program, he recruits guys like Parker Mackay. Without him, I don’t think we would be here, where we are this year.”

“I’ve had great players,” Sandelin said. “I’ve had a great coaching staff and support staff, which makes my job easy. I’m very fortunate. We recruit good kids that want to come to Duluth and buy into what we’re all about.”