Another successful season of American Collegiate Hockey Association (ACHA) hockey is in the books, after national champions were recently crowned across five divisions in Frisco, Texas.

The Beavers’ Eric Bollefer earned two points (one goal and one assist) in the championship match, while Beavers goaltender Joshua Bykowski stopped 33 of 34 shots faced.

Bykowski earned a .971 save percentage throughout the national championships and claimed First Team All-Tournament honors. 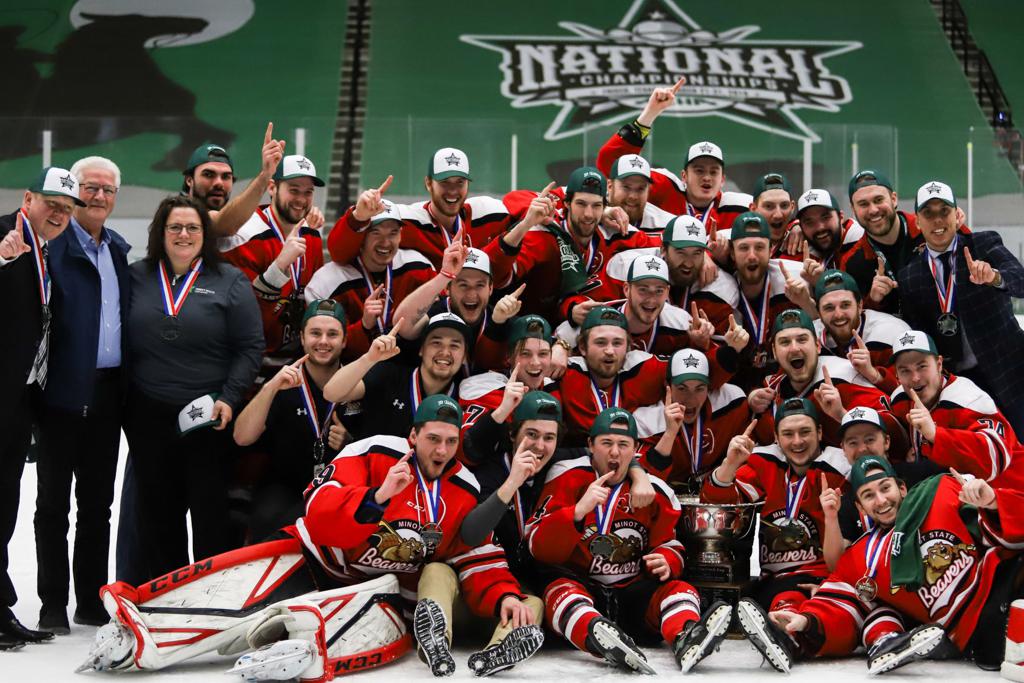 Dearborn’s Tyler Goat led all scorers in the tournament with seven points earned via six goals and an assist.

Dearborn’s Joseph Crump and University of Buffalo senior Ryall Ledyard were each celebrating homecomings while in the Frisco area.

While Frisco remains home for Crump, Ledyard was born in the area as his father, Grant, played for the Dallas Stars. The elder Ledyard’s 18-year NHL career include four years with the Buffalo Sabres and he now serves as an assistant coach with the Buffalo Bulls.

When the puck drops on the 2019-20 season, Men’s Division 1 will expand to 72 teams (from the current level of 60). Included in the expansion is Grand Canyon University, jumping up from Division 2.

In the Men’s Division 2 National Championship, FGCU earned their second consecutive title and their fourth title in eight years with a 3-1 victory over Northeastern.

FGCU’s David Wong, Dylan Cantwell and Brandon Beard each tallied two points (one goal and one assist each) in the title game while goaltender Jordan Bustard saved 25 of 26 shots.

Bustard earned tournament MVP honors for his efforts after amassing an overall .943 save percentage.

Bustard, Cantwell, Armstrong and Doherty were joined by Alex Kibrick (University of Massachusetts-Amherst) and Nick Okada (University of Cincinnati) on the First Team All-Tournament roster.

It was a second consecutive title and fourth trip to the finals in five years for the Liberty University Flames in the Women’s Division 1 tournament.

A balanced offensive output in which five different players netted a goal led the Flames to the 5-2 win over Lindenwood University-Belleville in the championship game.

Liberty netminder Nadia Rupoli earned an impressive 1.04 GAA and .947 save percentage in four appearances during the tournament.

Lindenwood-Belleville blueliner Lindsay Gillis was the leading scorer throughout the event with nine points (five goals, four assists) in five games for a 1.80 point per game average. 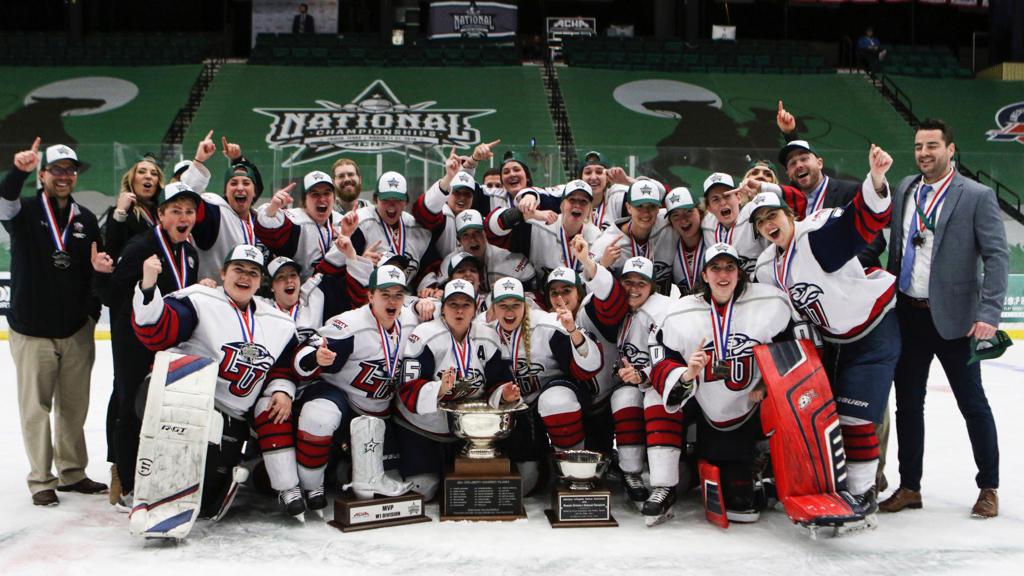 The Assiniboine Community College Cougars clawed their way to the Women’s Division 2 championship with a thrilling 1-0 victory over Minot State. 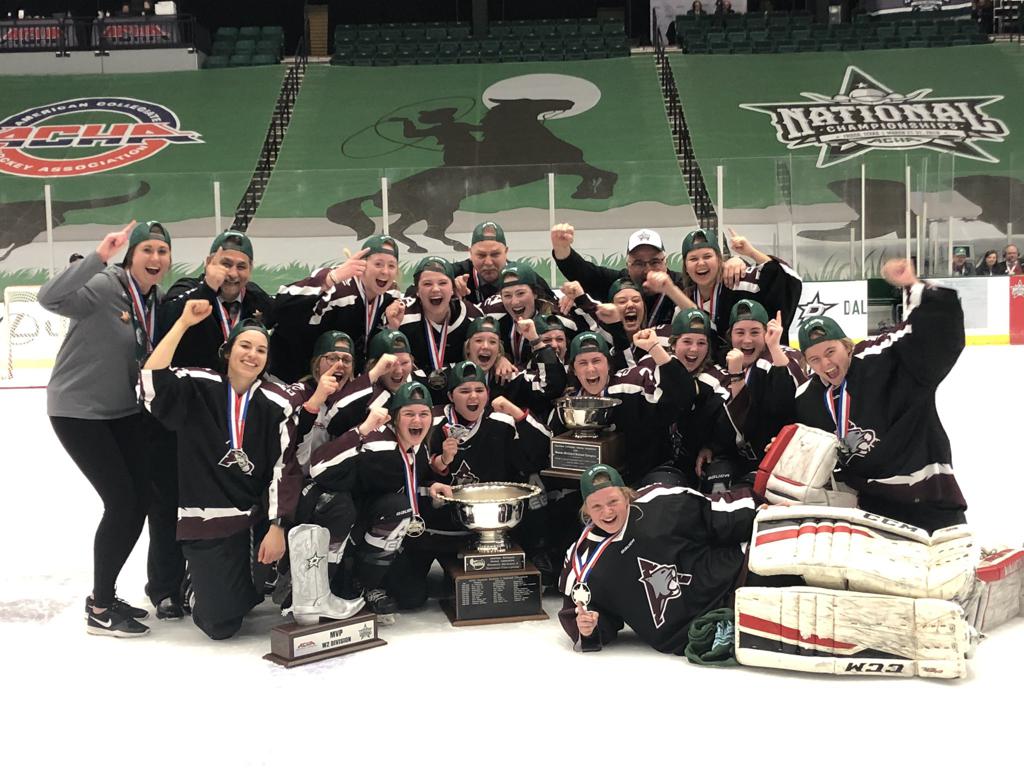 The Cougars earned their place in the title game after defeating defending champion Lakehead University 2-1 in semifinal action.

Minot State’s Vanessa Grimstad led in all offensive production during the national championships with 17 points (seven goals, ten assists) in five games for an incredible 3.40 points per game average.

The Cougars’ Marley Quesnel posted a scant .50 GAA and .966 save percentage in four games.

The ACHA National Championships will return to Frisco for the 2019-20 season.