Sjoukje Brown on the benefits of officiating adult hockey

Sjoukje Brown calls on adult players to put on the stripes 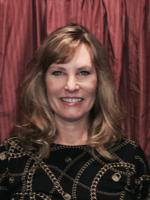 Sjoukje Brown is a legend. An Illinois Hockey Hall of Famer, Brown started her officiating career in 1987 at the Barrington Ice Arena in Lake Barrington, Illinois, working 250-300 games in each of her first three years. Brown was hired to work the USHL and became the first woman in the U.S. to officiate at the top level of junior hockey.

Today, Brown is USA Hockey’s Central District Referee-in-Chief and a member of the Illinois Hockey Officials Association Board of Directors, in addition to her role as principal of Fox Meadow Elementary School in Elgin, Illinois, where she’s served students and staff since 2013.

Brown sat down with us to discuss her experiences on the ice, the need to recruit new officials and more.

USA Hockey: What are your thoughts on the relationship between players and officials within adult hockey?

Sjoukje Brown: It’s always important, but particularly in adult hockey. There are many reasons adults continue to play, and many of them are the same as the reasons officials choose to officiate adult hockey – the love of the game, getting some exercise and being around those who also love the game and sharing camaraderie. I think that sometimes those common themes get lost or forgotten, which can lead to adversity. If we all keep safe play in mind and recognize that adult players and officials are on the ice for recreation, then we should be able to work through any issues relatively smoothly.

USA Hockey: What changes have you seen within adult hockey over the last few years?

Brown: I see more levels, which tells me that there’s a place for people of all abilities to play. I see former pro and college players coming home and wanting to play for recreation, and I see moms and dads learning to skate and to play. This has led to more adult games and created a need for more officials who are willing to officiate adult hockey. The one thing that remains an issue with this is the late hour at which many adult games are played because we all have day jobs to attend to.

USA Hockey: What's your favorite thing about being an official?

Brown: Staying involved in a great game with others who love the sport as well. We support each other on and off the ice. The camaraderie is wonderful, and the relationships we develop are truly that of a family.

USA Hockey: What tips do you have for adult players looking to stay out of the penalty box? What are the most common infractions you see in the adult game?

Brown: Older players need to recognize that officials working their games do care about what they're doing, and don't intentionally make mistakes. Officials are human and will err, but we do recognize those errors and try to fix them as we go. I see a lot of hooking and restraining infractions as well as abuse-of-officials penalties coming from adult players. If players recognize that this is a game and don't let their tempers get the best of them, they should be able to stay out of the box.

USA Hockey: Is there a need for more adult hockey officials?

Brown: There is a need for officials at all levels of hockey, including adult hockey. Many older officials decide that at some point they no longer can officiate and they don't return. It is difficult to replace those who work a lot of adult games, so if players can be patient with those who are older, and other officials can expand their repertoire and work some adult games, we can ensure that games are covered and players are safe.

USA Hockey: How would someone make the transition from playing to officiating?

Brown: This is my favorite question. There is always room for former players in the zebra ranks. Future officials should go to the USA Hockey website to see what officiating seminars are available in their area of the country. The next step would be to register to become an official at www.usahockeyregistration.com/login_input.action. It is also a good idea to conduct a Google search of local hockey officiating associations in your area because they will have the most up to date information on seminars on their sites, as well as local mentors who can assist with completion of the registration process.

Officiating hockey has been one of the most personally fulfilling parts of my life. I have established lifelong friendships with other officials, remained an essential part of a great game, and had the opportunity to travel all over representing the United States and Illinois. The benefits far outweigh any drawbacks, and I have grown personally and professionally because of my officiating career. Welcome to all who are interested, and best of luck. 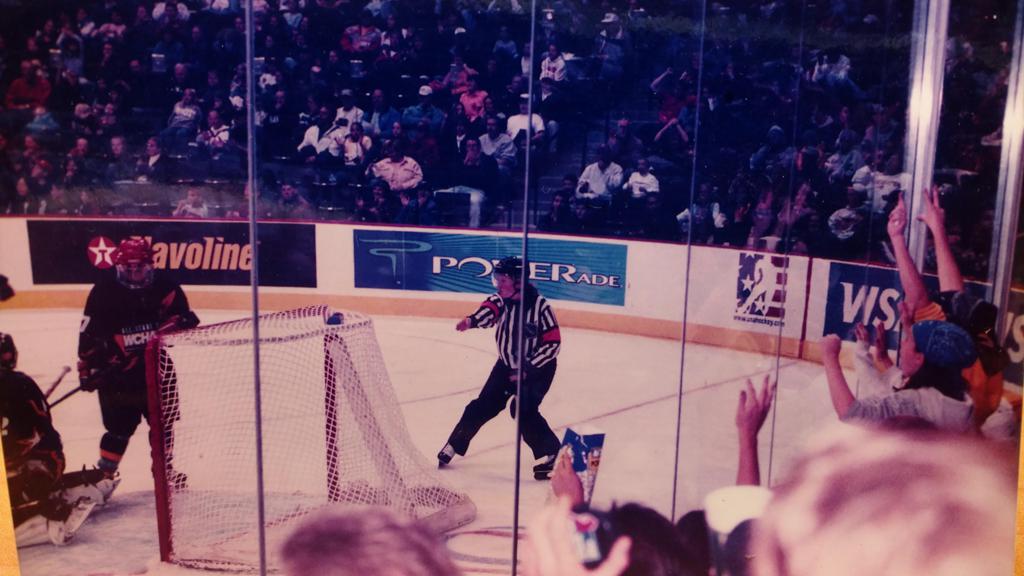