Forty-four of America’s best NCAA and ACHA hockey players put country over college for the 2019 Winter World University Games this week, from March 1-12 in Krasnoyarsk, Russia.

USA Hockey fielded men’s and women’s U.S. National University Teams for this year’s biannual event. Britt Levasseur of Adrian College was one of the four returning players from the 2017 tournament.

“Representing my country is the utmost honor to me,” Levasseur said. “It’s not something that many people get to do, and it’s a true honor to be chosen to represent countless individuals.

“This is as close as most of us, well me for sure, will get to the Olympics and it is an amazing experience,” she continued. “To be able to represent Adrian College, it’s an opportunity that many people would love to have, so I want to do it in the best possible way to ensure that my school is well represented.”

Shelley Looney returned as head coach of the U.S. women’s team this year. A member of the 1998 U.S. Olympic gold and 2002 Olympic silver teams, Looney said events like the Winter World University Games offer players and coaches alike a once-in-a-lifetime opportunity they otherwise might never receive.

“I’ve been fortunate to travel around the world with my hockey career, but I’ve never been to Russia,” Looney said. “What makes it even more special is being able to share this experience with these particular staff members and players.”

On the hockey side of things, the U.S. players and coaches alike relished the challenge of building a cohesive unit – both on and off the ice – out of a talented roster filled with players and coaches who must learn to play as one team, for one nation.

“It’s a remarkable experience,” said Levasseur, a gritty, two-way player. “Most of us are strangers to each other or play for rival teams, so it’s neat to become friends and play with each other. Plus, we get to interact with players from other countries, and it's really cool to hear about their experiences at a college or how they do certain things and compare them to how we do things in the USA.”

The U.S. men’s team returned just two players from the 2017 group. Among the newcomers was forward Anthony Cusanelli, the reigning ACHA D-I Rookie of the Year, who finished his freshman season at the University of Arizona with 51 points (31 goals, 20 assists) in 28 games.

“Being able to represent my country is the biggest honor I could think of, and I’m extremely honored to have the privilege to do so,” said Cusanelli, who was joined on the ACHA All-Rookie Team by Lindenwood University goaltender and U.S. National University teammate Cooper Seedott. “Being able to represent USA Hockey is something that I’ve always dreamed of, and having the opportunity to wear the red, white and blue is very special to me.”

In addition to representing their country, members of both U.S. squads say worldwide competition helps shine the spotlight on the high level of play that takes place within the college hockey ranks in America.

“An event like this allows for club players to gain experience playing other world-class teams and to be in an environment in which there’s so much energy and passion,” Levasseur said. “It gives the ACHA more exposure and allows for us to interact with players who are playing high-caliber hockey in other countries, before bringing that intensity back to the states.” 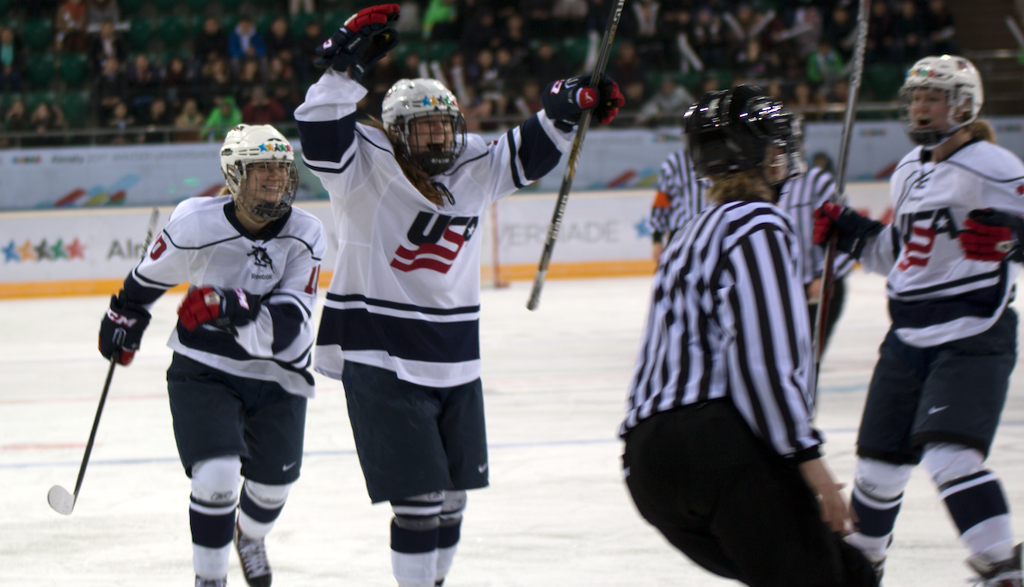