CHRISTMAS GREETINGS
Merry Christmas from the 2017 U.S. National Junior Team. After breakfast at the hotel, players and staff arrived at the Air Canada Centre in Toronto for their first skate in the city. Prior to the skate, players and staff took tournament headshots that culminated in a team photo on the ice.

SECRET SANTA
After practice, the team returned to the hotel for lunch where this year's Secret Santa exchange took place. This year's exchange required players, when their number was called, to first say what they are thankful for before selecting a gifts. The popular answer was "family, friends, and the opportunity to represent USA Hockey and the United States with one another." Highlight gifts included sunglasses, shirts and hats, including a #cawlidgehockey lid.

LOOKING AHEAD: LATVIA TOMORROW
Tomorrow, the United States faces Latvia to open Group A play at the 2017 IIHF World Junior Championship here in Toronto. The 2016 bronze medalist in Helsinki, Finland, Team USA enters the tournament seeking back-to-back medal finishes for the second time ever (2010 - gold, 2011 - bronze). The game will be televised in the U.S. live on NHL Network. 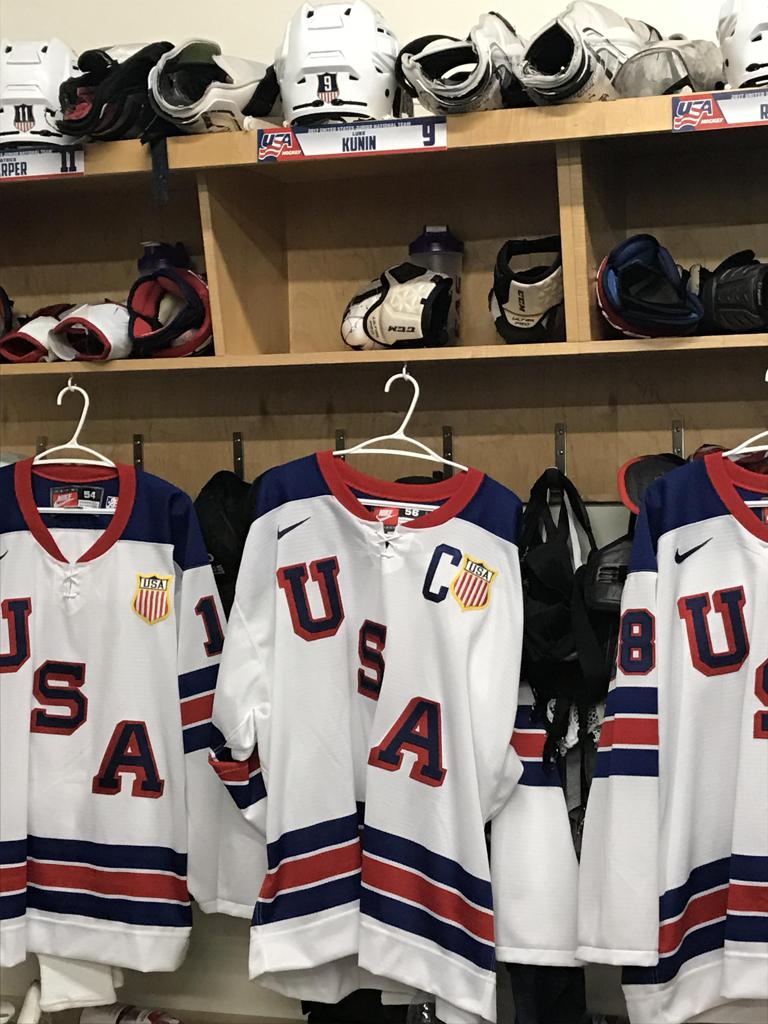