TORONTO – Team USA moved into the visiting NHL lockerroom at Air Canada Centre and had its first practice at the site that all games of the World Cup of Hockey 2016 will be conducted.

The U.S. will be able to stay put in this lockerroom until after its game tomorrow night. The Team USA training staff will then have to pack up the entire lockerroom and move back to the Ricoh Coliseum for the U.S. practice on Sunday morning. No team in the World Cup has a “home” lockerroom, so the training staff is continually packing and unpacking throughout the tournament. Fortunately, there are additional staff assisting every step of the way.

Tonight, the players were introduced at the Pepsi World Cup of Hockey Premiere Party at Scotiabank World Cup of Hockey Fan Village. The team arrived around 6:45 p.m. and hung out in a holding area behind the stage for about 30 minutes before walking the 100 or so feet on the red carpet with fans lining on either side to the stage. Each player was introduced individually on stage and captain Joe Pavelski and alternate captain Patrick Kane each fielded one question from hosts Barry Melrose and Ron MacLean. 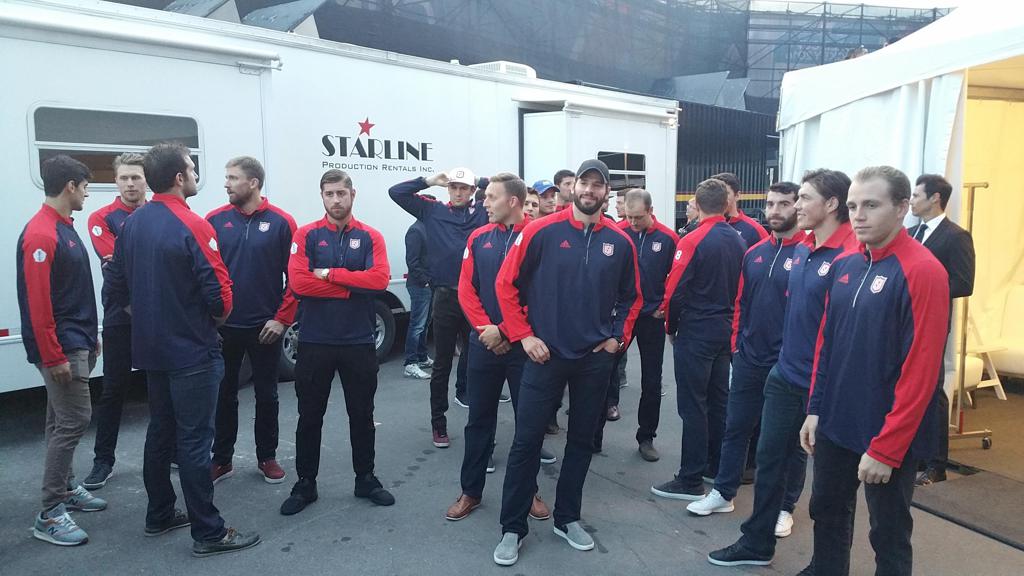 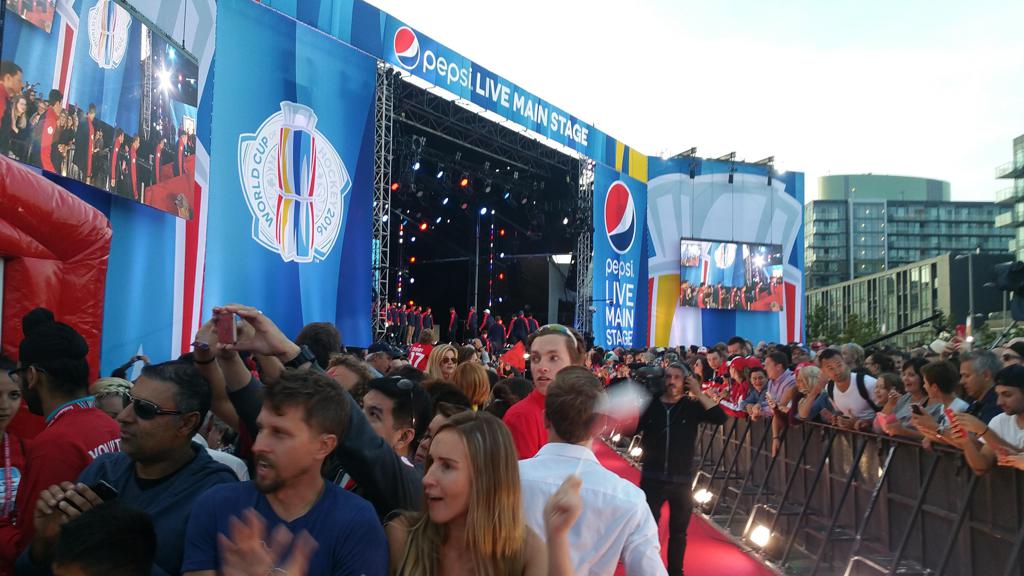