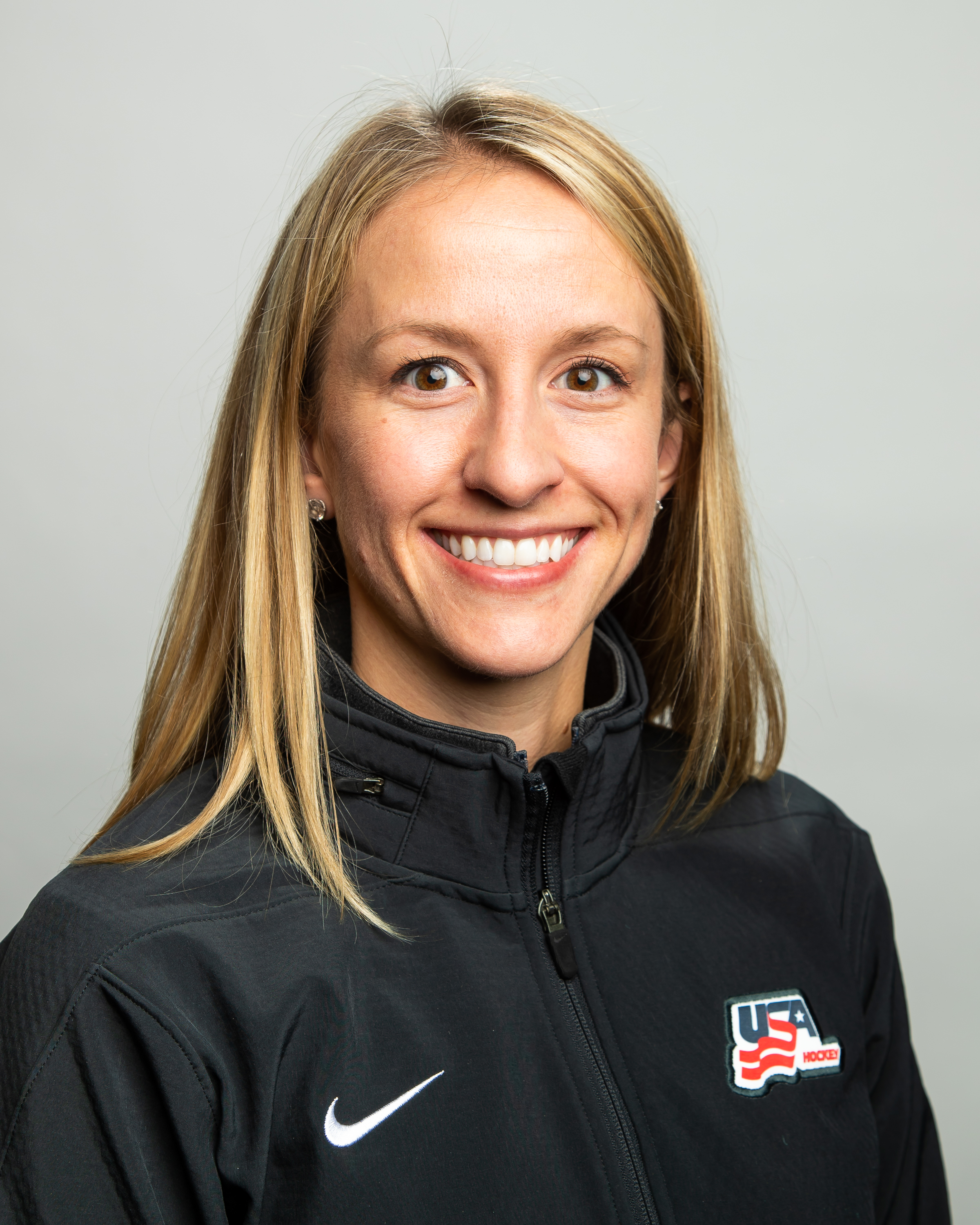 Kristen Wright joined USA Hockey’s ADM staff as a regional manager of female hockey in January 2019. She transitioned from her previous role as its manager of girl’s player development which she held since December 2014. Her resumé includes extensive experience in both the field of law and the field of sport.

After her time in Connecticut, Wright moved west to pursue her law degree at the University of Colorado. During her tenure in Boulder, she also guided the University of Colorado women’s ice hockey team, earning recognition as 2014 Collegiate Sport Clubs Coach of the Year, while founding the ACHA’s Western Women’s Collegiate Hockey Association. At the same time, she obtained certification as a USA Hockey Level 4 referee and was invited to participate in USA Hockey’s Women’s Regional Officiating Camp.

Following her graduation with a juris doctor degree in 2011, Wright served as senior associate counsel at a Colorado law firm. She also had her first taste of international hockey competition as an assistant coach for the 2013 U.S. Women’s National University Team. Additionally, she served as an evaluator at USA Hockey Player Development Camp tryouts for the Rocky Mountain and Pacific districts.

Shortly after joining USA Hockey in 2014, Wright again stepped behind the bench for the U.S. Women’s National University Team, this time as head coach of the American entry in the 2015 Winter World University Games.

Since joining USA Hockey, she has been actively involved with the Girls/Women’s Section, now acting as its staff liaison. She also sits on the NHL Girls Growth Committee and the USA Hockey Youth Council, National Championships committee, and Transgender committee.